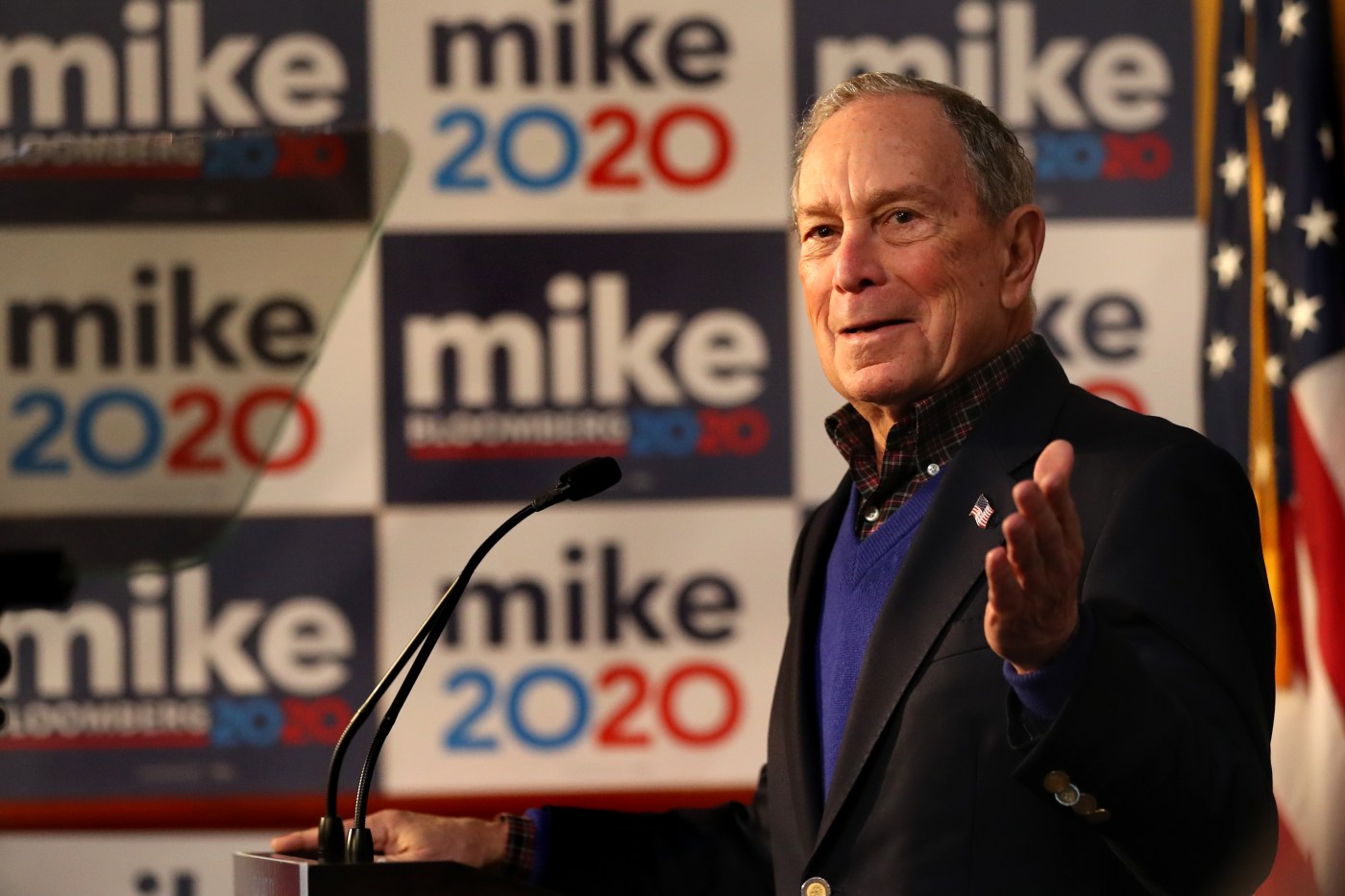 Michael Bloomberg said at the height of the housing crisis in 2008 that getting rid of “redlining,” the biased housing practice that stopped banks from providing mortgages in low-income, largely minority neighborhoods, was to blame for the collapse.

Bloomberg’s presidential campaign said Thursday the former New York mayor’s comments, which were made at a Georgetown University forum in 2008, were meant to make the point that “something bad – the financial crisis – followed something good, which is the fight against redlining.”

The 2008 comments were first reported by the Associated Press.

“It all started back when there was a lot of pressure on banks to make loans to everyone,” Bloomberg said at the time. “Redlining, if you remember, was the term where banks took whole neighborhoods and said, ‘People in these neighborhoods are poor, they’re not going to be able to pay off their mortgages, tell your salesmen don’t go into those areas.’”

Bloomberg added that issues with people being unable to pay their mortgages began when “Congress got involved, local officials as well.”

They “said, ‘Oh that’s not fair, these people should be able to get credit.’ And once you started pushing in that direction, banks started making more and more loans where the credit of the person buying the house wasn’t as good as you would like,” Bloomberg said during the forum.

By blaming the financial crisis, in part, on redlining, Bloomberg appears to be defending a prejudiced system that denied low-income, often minority neighborhoods access to capital and loans.

Bloomberg spokesman Stu Loeser said Thursday that the then-mayor was “saying that something bad — the financial crisis — followed something good, which is the fight against redlining he was part of as mayor.”

“Because he knows how important it is to keep people in their homes, Mike attacked predatory lending as mayor and helped other cities craft innovative strategies to reduce evictions as a philanthropist,” Loeser said.

The financial crisis of 2008 was, in part, caused by banks and financial institutions offering predatory loans to homebuyers and others who were unable to fully pay them back.

But blaming part of the collapse on the abolition of redlining runs afoul in many Democratic circles, the same people Bloomberg needs to court in his presidential bid.

The video’s resurgence also comes days after comments the former mayor made about the controversial stop-and-frisk policing policy he oversaw in New York were made public, causing consternation from Democratic circles.

In the audio, reportedly from a 2015 speech in Colorado, Bloomberg also claims “95%” of “murders and murderers and murder victims” are male minorities between the ages of 16 to 25.

“You can just take the descriptions and Xerox it and pass it out to all the cops,” he can be heard saying.

Deval Patrick drops out of Democratic race for president

Letter: A $1 pocket-size Constitution is a good investment in 2020