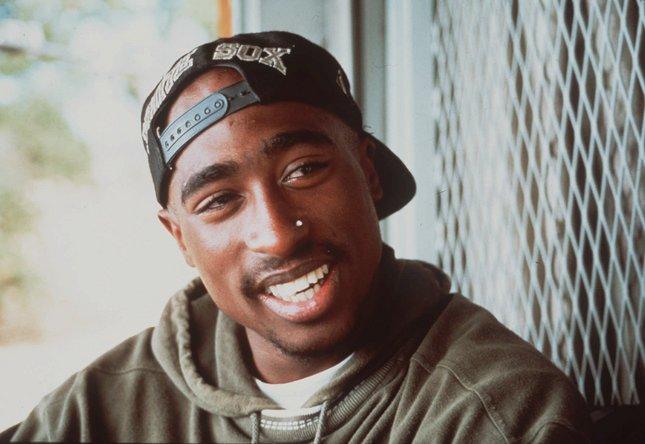 Imagine this: When Tupac Shakur arrived in Las Vegas on September 7, 1996 to attend a Mike Tyson boxing match at the MGM Grand, he learned of a plot to kill him.

So, the 25-year-old rapper worked out a plan to have a body-double ride in Suge Knight’s BMW sedan. That way, when a white Cadillac pulled up alongside the BMW on Las Vegas Boulevard, and someone inside the Cadillac opened fire, Shakur was not the person who was fatally wounded.

This plan allowed Shakur to slip away from the hospital, catch a helicopter ride and seek refuge among the Navajo in New Mexico, where’s he’s been living ever since.

This is the alternative reality explored in a new film by Las Vegas-based filmmaker Rick Boss. In an interview with local news station KNTV, Boss said he believes that Shakur could still be alive.

“This movie is about Tupac actually escaping from University Medical Center here in Vegas and relocating to New Mexico,” he said. “Getting protection from the Navajo tribe.”

So from Boss’s perspective, he’s not engaging in wishful Quentin Tarantino-esque revisionist history.

The official story is that Shakur was struck by four rounds fired by someone in the Cadlliac. The bullets hit him the chest, arm and thigh, and he died from his wounds six days later.

The case officially remains unsolved. A 2002 Los Angeles Times investigative report said the shooting was carried out by a Compton-based gang associated with the Crips to avenge Shakur’s beating of one of its members earlier that night. The Los Angeles Times report also implicated East Coast rappers, including The Notorious B.I.G., Tupac’s rival at the time.

Conspiracy theories have long attached themselves to Shakur’s assassination, most of them pushing the idea that he is still alive, according to Rolling Stone. Shakur’s bodyguard has said he helped fake the rapper’s death and smuggle him to Cuba, while Suge Knight Jr., the son of the notorious Death Row Records mogul, ended up backing off claims he made last year that Shakur was living in Malaysia and making new music.

For his film, Boss backs up his argument that the iconic rapper could still be alive by saying that a Native American tribe would offer perfect protection, because FBI agents can’t go on tribal lands without permission.

And yes, Boss knows that people will dismiss his argument. But Boss said he received his information from people in the rapper’s family and close circle.

Boss said he knows Snoop Dog, who collaborated with Shakur, and he said his father knew Shakur’s mother from their involvement in the Black Panther Party.

“Let’s just say Mr. Shakur — the family is aware of the movie and they’re okay with the title so that should tell you more or less what’s going on,” said Boss.