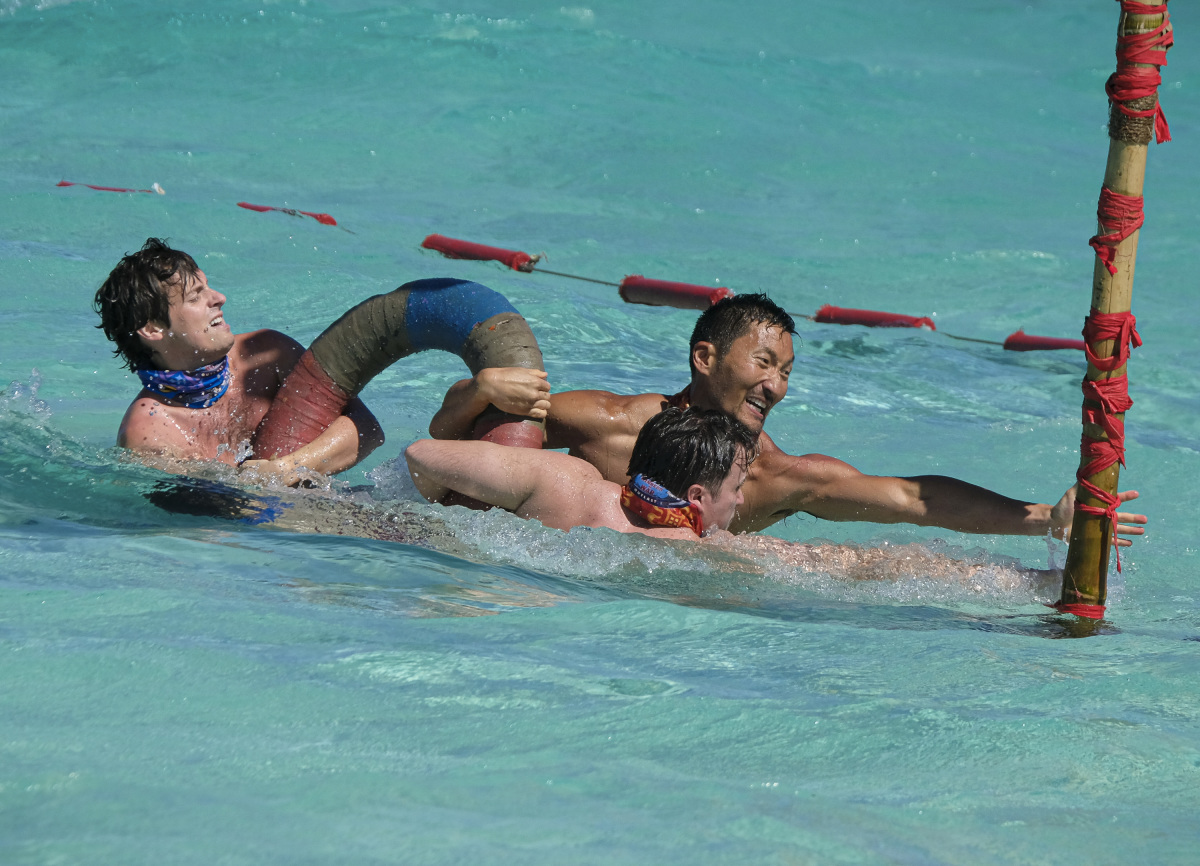 After 39 seasons of “Survivor,” viewers might have thought they’d seen it all, but the 40th season, which debuted on CBS Wednesday night, was completely like nothing we’d seen before.

With 20 former winners competing, the paranoia level was off the charts. No one wanted to be voted off, but no one wanted to say with any certainty who they’re voting for. Everyone seems afraid to make a big move, and yet big moves were made.

Meet the champion cast of ‘Survivor: Winners at War’ — and gauge their odds

Boston Rob, not surprisingly, was everyone’s favorite target, and he delivered a master class in manipulation by not only staving off a devastating vote against him, but cementing his position, for now, as his tribe’s leader.

In the first challenge, Sele lost and went to Tribal Council where Natalie was the first voted off. In the second hour, Dakal lost the Immunity Challenge and the tribe voted off Amber, which we suspect is not going to sit well with Boston Rob, her husband.

Here are some of the highlights.

Players were concerned about past connections among other players. Boston Rob and Amber are married; Sandra, Tony and Sarah all played together; Natalie and Jeremy had played together and were very close in that season and in this one. But the most discussed grouping were Kim, Tyson and Boston Rob, who played in a televised poker tournament together last year in which Tyson said if they were ever back on the island, this would be the alliance.

Yul, who had seen the show, alerted the others about the Poker alliance and immediately put targets on the back of Tyson and Kim, who are on his tribe. Kim denied knowledge of an alliance and said if she was in it, she wasn’t aware of it., but the specter of the Poker Alliance was enough to get Tyson to go from leader to follower and agree to vote out Amber, a member of his actual alliance.

Off with his head

Two-time winner and Queen, Sandra, was immediately upset when she saw Boston Rob in the game. That’s because, she says, she spent 36 days with Rob as mentors in the past season and that Rob had told her he would never play the game again.

She felt lied to, and no one lies to the queen and lives. She instantly targeted Amber as a way to punish Rob, who is on the other tribe and as yet out of Sandra’s clutches.

Sandra was at her best, playing mind games on her tribe mates, telling them one big whopper after another until she convinced them to forget about the Poker Alliance for now, and to snuff Amber’s torch.

In a match most definitely made in hell, Boston Rob and Parvati, once sworn enemies, …read more

Dead & Company tour skips Bay Area, but what about Outside Lands?