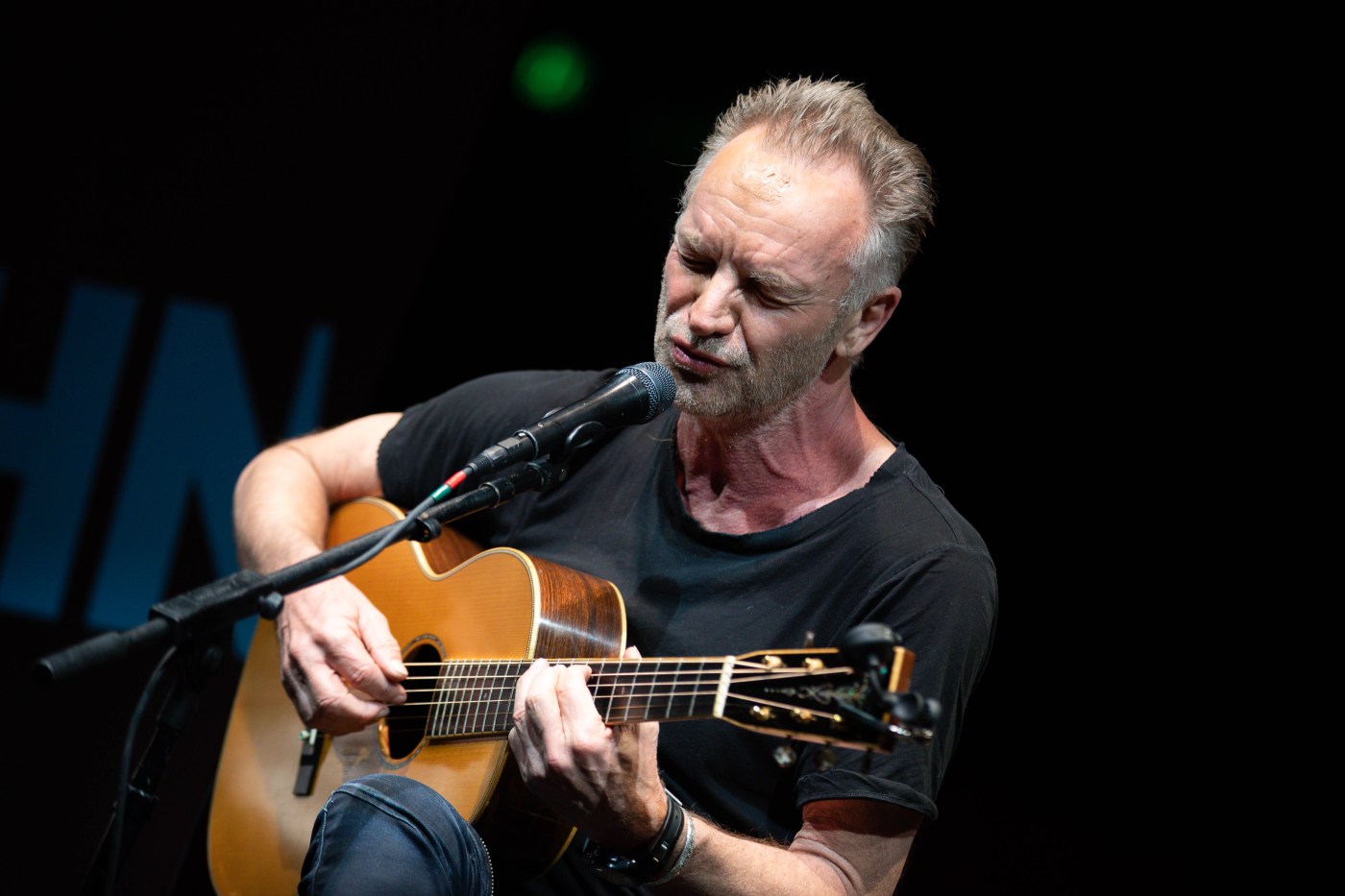 And all of that was a piece of cake compared to the effort it took to create “The Last Ship,” Sting’s original musical that has its Northern California premiere, Feb. 20-March 22, at the Golden Gate Theatre in San Francisco (broadwaysf.com).

“Most musicals are based on a known thing — a fairytale, a cartoon, a movie. To do a completely original story is a big ask.”

Watch: Sting sings, talks about his musical ‘The Last Ship’ headed to SF

Yet, the 17-time Grammy winner was up for the challenge – which included writing both the music and lyrics for the play. The Rock and Roll Hall of Famer, who was enshrined as a member of the Police in 2003, also stars as shipyard foreman “Jackie White” and will perform at every performance in San Francisco.

“I’ve never been known for falling off the lowest rung of any ladder,” Sting says. “I’m quite ambitious. I didn’t really know how difficult it was when I started. But it’s been a wonderful journey — a fantastic adventure.”

The adventure actually began, in a sense, when he was growing up in North England and first developed a love for Broadway music.

“I had never seen a play or a musical of any description until I was much older,” Sting says. “But my mother was a show tunes fanatic. We had all the albums in the house – ‘South Pacific,’ the entire Rodgers and Hammerstein cannon, ‘West Side Story,’ ‘My Fair Lady.’ So, I would listen to these records and love them.”

Now, these songs are just part of his DNA.

“Scratch me and I will start singing ‘Carousel,’” he says.

But well before the vocalist-bassist would co-found the heavily influential rock act The Police with drummer Stewart Copeland and guitarist Henry Padovani (who was later replaced by Andy Summers) in London in 1977, Sting found work in musical theater.

“So, I knew a lot about musical theater before I ever imagined I’d ever have any part of it,” he says. “Then in my late teens, I got a job as a professional musician. My first professional job was in the theater in Newcastle, where I come from, and I was in the pit playing the bass for ‘Joseph and the Technicolor Dreamcoat.’”

And then, just like that, he seems to be transported right back to the pit.

“We were in the dark, I had a mic stand, a little light, the music in front of me,” he recalls. “I could see the conductor and the actors clattering above me on the stage. But I sort of liked it. I liked …read more

Disney actress Nikita Pearl Waligwa, who appeared in ‘Queen of Katwe,’ dead at 15

Review: ‘The Photograph’ is deeper than a standard rom-com