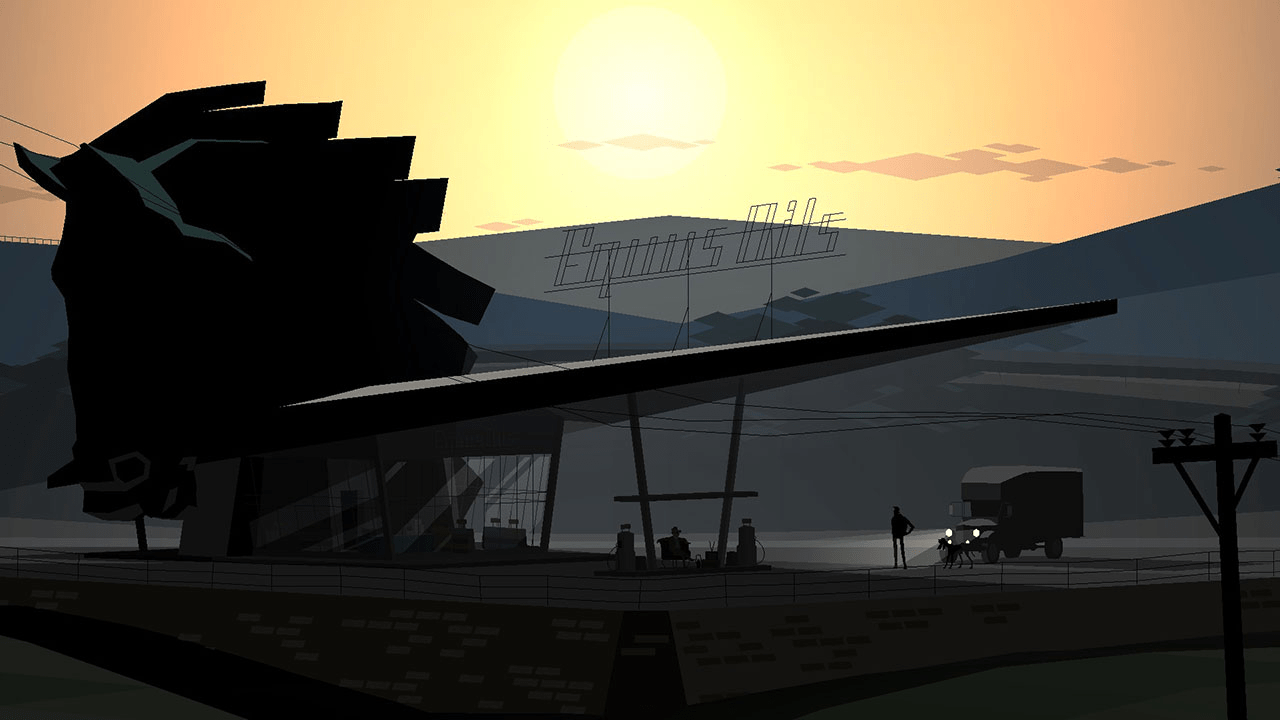 “Kentucky Route Zero: TV Edition” is a lot of things — experimental, literary, strange — and it may come across as boring to players unprepared for what it’s trying to achieve. On the surface, it looks like a point-and-click adventure game, one of those classic Sierra titles from a 1980s childhood.

But that isn’t what “Kentucky Route Zero” is. The project is more like experimental fiction that happens to arrive in video game form. Players won’t encounter much in terms of gameplay. They won’t find many puzzles. They’ll explore the map in some acts of the campaign. The graphics are simple and stylized.

What “Kentucy Route Zero” has going for it is the writing, which throws players into a world of magical realism. Players initially follow a deliveryman named Conway who is looking for 5 Dogwood Drive — in vain. He uncovers a clue at a gas station, when the attendant says the only way there is through Kentucky Route Zero.

That path takes players through bizarre locales as they venture through coal mines, odd museums, distant forests and the underground Echo River. Everything verges on the cusp of a fairy tale fantasy, but it stays grounded in the sobering sadness of the state.

The Kentucky that players travel through is one of decay. It’s a neo-nerdy Gothic tale as Conway and his companion, Shannon Marquez, search for the Zero and at the same time pick through the remains of workers and residents who roamed its waysides. The two pick up other travelers on the way and together they snowball toward a finish that poses an important question about whether one should stay or leave home.

The way players answer it is one of the better parts of “Kentucky Route Zero.” Although the narrative is linear, players have choices in how it’s shaped — at least partly. That’s done through the responses in conversations or internal monologue. The responses themselves give each character a background and personality.

For example, the musical duo Johnny and Junebug can add another member to their group. Players can choose options to encourage that possibility, or create division between the two with Johnny wanting a buddy and Junebug rejecting the proposal.

The array of choices shows how player decisions color in a character’s portrait and add depth. In a way, the player and the developer, Cardboard Computer, become co-authors in how “Kentucky Route Zero” unfurls through its five acts.

The only issue is that not all scenes are created equal in “Kentucky Route Zero” and some interactions are boring. The static nature of how the story unfolds will also turn off an audience used to instant gratification or a more visceral experience. This adventure is neither of those things.

It’s ruminative as players follow the meandering journey and deal with the oddities of magical realism. Like “One Hundred Years of Solitude” by Gabriel Garcia Marquez, the acts have interludes that seemingly appear out of place, but players discover the connections between the scenes and the main narrative.

Oscars: Ranking the musical performances from best to wait…what?