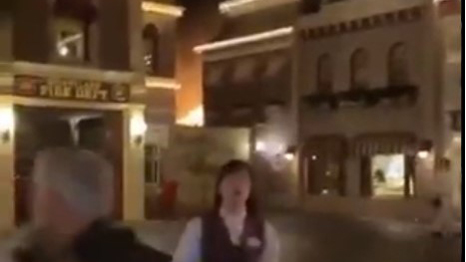 A state agency that inspects amusement rides has concluded that a backstage fire that forced Disneyland to temporarily close Adventureland and caused isolated power outages in the Anaheim theme park was caused by a construction generator.

The fire that erupted in a backstage area on Feb. 6 between the Disneyland Firehouse and the Emporium gift shop was quickly extinguished by Disneyland’s fire department and Anaheim Fire & Rescue.

“The fire was related to a generator supplying power to a building,” California Division of Occupational Safety and Health spokesperson Frank Polizzi said.

The temporary generator was being used during construction, Polizzi said.

The fire burned an area of vegetation near the Jungle Cruise attraction. Disneyland officials said no visitors or employees were injured by the fire and no buildings were damaged.

Are Mickey and Minnie Mouse losing their luster?

How much will coronavirus cost Disney?

Disneyland raises prices on some tickets and all annual passes

DOSH contacted Disneyland shortly after seeing media reports about the fire, Polizzi said. DOSH decided not to investigate the Disneyland fire because it was unrelated to a ride or the maintenance of a ride, Polizzi said.

Florida: Police took a 6-year-old girl to a mental health facility because she was ‘out of control’ at school