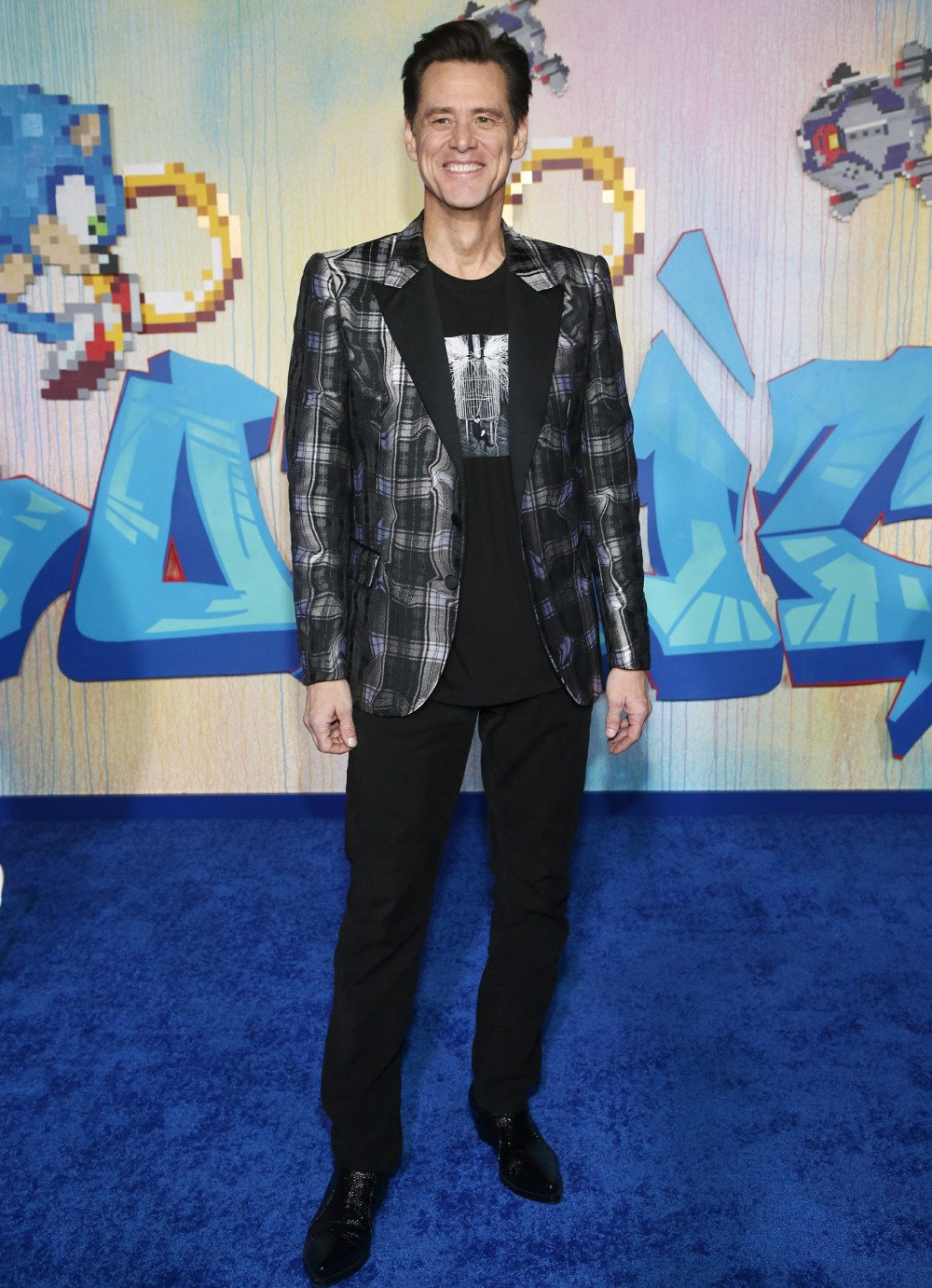 Here are some photos of Jim Carrey at a screening of Sonic the Hedgehog, the film he’s currently promoting. Everyone thought that the big story would be that the CGI Sonic was creepy and toothy. But maybe the big story is that Jim Carrey tries to flirt with lady journalists and he maybe comes across as sort of creepy? I don’t know. I saw the outrage for this video before I watched the video, and I prepared myself for how bad it would be. Turns out… it actually isn’t that bad? Carrey was being interviewed by Charlotte Long of Heat Magazine, as part of what I can only assume was a full day of junket interviews. Ms. Long is a pretty blonde with a cute British accent, and about a minute and a half into the interview, she asks Carrey: “In the film, Sonic has a bucket list, I was wondering, after all you’ve done in your career and in your life, is there anything still left on your bucket list?” Carrey responds: “Just you. That’s it, it’s all done now.” That starts at the 1:30-mark:

I watched the bit leading up to it and it was just a standard junket interview, and you can tell that Carrey is just trying to answer the same questions for the millionth time that day and still give each journalist a good quote, at least that’s how it seems to me. So… is this flirting? Or is it creepy? I think it just depends – Ms. Long just laughs it off and seems somewhat flattered (she posted it on Twitter too) and they both continue on with the interview. I don’t know… I think it’s sort of okay? It’s definitely not even in the top-five worst things to happen during a junket interview.

Jenna Dewan is engaged to Steve Kazee, her ring is from Nikki Reed’s company

Queen Letizia in a sleek COS dress in Madrid: chic, goth, fab or all of the above?