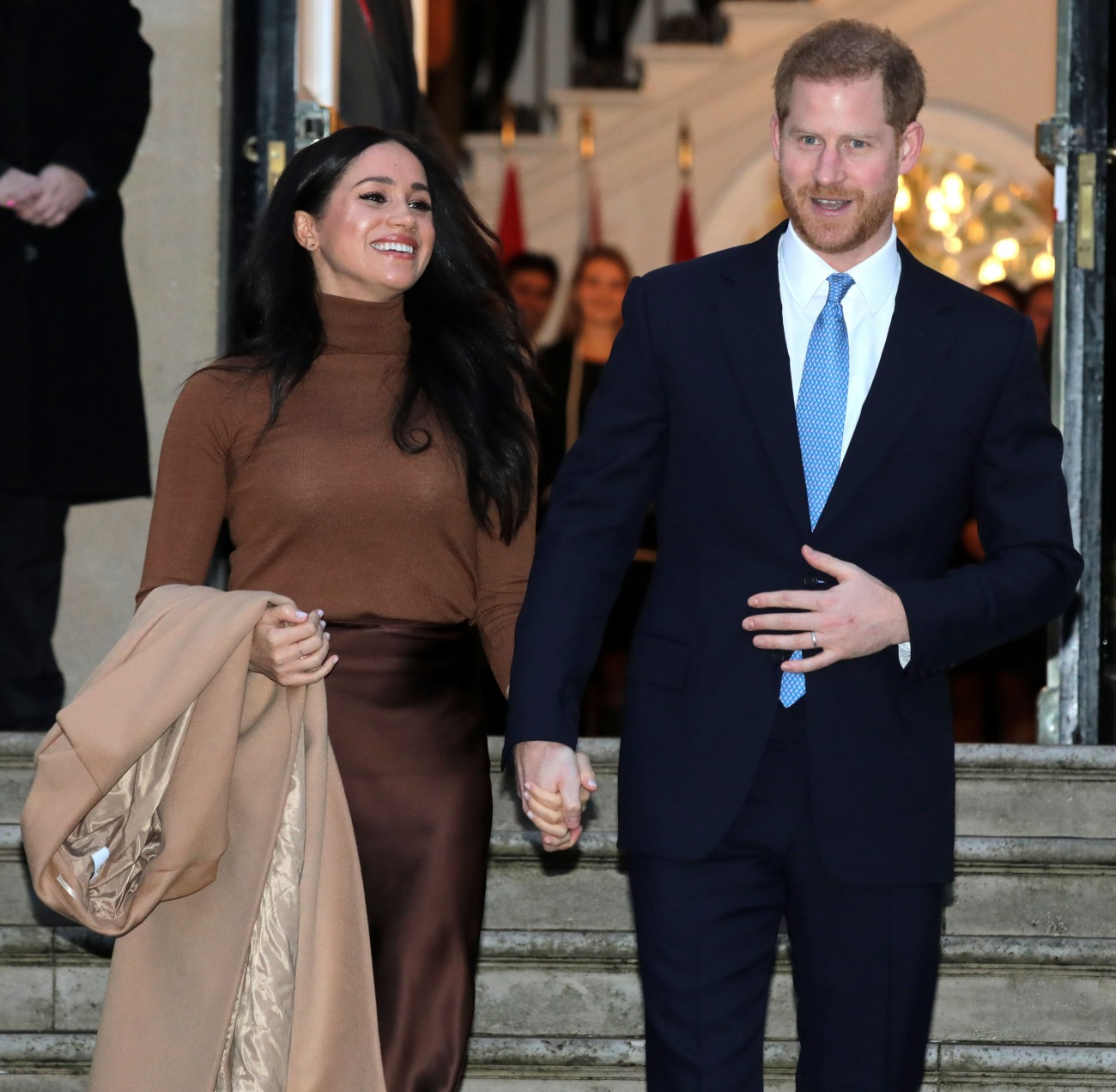 I’ve referenced the slew of negative, nasty articles and “quotes” about the Duchess of Sussex, all of which came pouring out in the wake of the Sussexes’ announcement that they would step down as senior royals. We learned on Monday that the announcement worked well enough to shake up those crusty old fools and get them to comply with the bare bones desire of the Sussexes, which is to get out of the UK and to not be full time working royals. It is clear – as it’s been clear for a while – that Harry and Meghan are a unit and they’re on the same page about everything. The joy they both exhibited at Canada House was evidence enough in retrospect, it was like a weight had been lifted from their shoulders: they could see freedom, they knew it was coming soon. Still, most of the British tabloids would have you believe that this is all Meghan manipulating poor Harry, andMeghan is dangerous because she has a case of Ambition and blah blah blah. Here’s something new (or newish): the Daily Mail has an interview with an unnamed “friend of Meghan,” with the kind of insidious nastiness you would expect from a “friend of William.” Honestly, this friend sounds like Samantha Markle.

Meghan Markle has the full support of her mother Doria Ragland as she and Prince Harry quit as senior royals, while a friend of Markle’s exclusively reveals to DailyMail.com that she has no ‘intention’ of ever returning to the UK to live.

Meghan has the backing of her Los Angeles-based 63-year-old mother, who ‘was really worried about Meghan… and is relieved that her daughter is putting her mental health and well being first,’ the insider said. Meghan, 38, herself admitted to struggling after the birth of Archie, as the friend explained Meghan was ‘miserable in the UK’ and ‘wasn’t sleeping well and started having anxiety attacks about her future.’

Now across the pond and last spotted in Canada, the friend said of Meghan: ‘This was her plan all along, to eventually leave the UK and build her own empire with Harry. Doria is very much about being true to oneself and so of course she will continue to encourage Meghan to take the road less traveled.’

Meghan’s friend revealed that she has no ‘intention’ to return to the UK to live permanently, saying: ‘She doesn’t want to raise Archie there and she doesn’t want to schlep back and forth. She’ll make extended visits but that’s it. They are looking for a permanent residence in Canada. She said she wants a country house in Whistler outside of Vancouver and a home in Toronto. What Meghan wants, Meghan gets. This was her plan all along, to eventually leave the UK and build her own empire with Harry. Meghan wants to make millions and this was never going to happen if she didn’t make a drastic change with Harry. She …read more

Zendaya in Tom Ford at the Critics’ Choice Awards: the best look of the night?