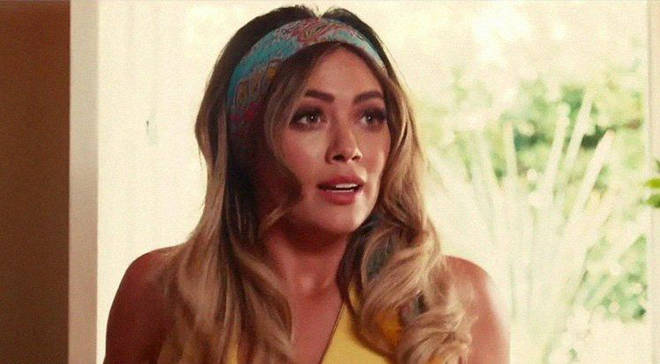 I still remember Sandra Bullock winning an Oscar for The Blind Side the night after she won Razzies for worst actress and worst couple for All About Steve. She showed up to the Razzies ceremony and brought a wagon full of All About Steve DVDs for the audience. The 2020 Razzies ceremony hasn’t been scheduled yet, but the nominations were announced this past weekend, and Cats and The Haunting of Sharon Tate are among the nominated films:

Rambo: Last Blood, “assaulting to the senses/insulting to the intelligence,” according to Razzie organizers, will compete for worst picture alongside Cats, A Madea Family Funeral, The Fanatic and The Haunting of Sharon Tate.

Tyler Perry alone is mentioned five times in the nominations, one of which is for worst actress as Madea, a category where he’ll compete against Hilary Duff (The Haunting of Sharon Tate), Anne Hathaway (The Hustle and Serenity), Francesca Hayward (Cats) and Rebel Wilson (The Hustle). Perry’s also up for worst supporting actor for two parts in A Madea Family Funeral as well as worst screenplay and screen combo between Perry and himself.

Among the other nominees for worst screen combo were any two “half-feline/half-human hairballs” and Jason Derulo and his “CGI-neutered ‘bulge’” in Cats, Rambo star Stallone and his “impotent rage” and John Travolta and “any screenplay he accepts.”

[From The Hollywood Reporter]

A lot of people liked Serenity and thought it didn’t get a fair shake! (Celebitchy told me that she really liked it.) I tend to love movies that most people don’t enjoy, but I don’t think I’ve seen any of these, oddly. I had no idea there were more Rambo films, and I’m still chuckling and smarting from that swipe at John Travolta. Ouch.

Joker is the only film this year to receive both a Razzie nomination and an Oscar nomination: It is nominated in the new Razzie category that “recogniz[es] the worst reckless disregard for human life and public property.” It’s competing against Dragged Across Concrete, The Haunting of Sharon Tate, Hellboy, Joker and Rambo: Last Blood. I wasn’t planning on seeing Joker, but wanted to see it even less after I heard how it depicted mental illness. I am unsurprised (and unamused) that Joaquin Phoenix won the Oscar. I also would love for Hollywood to get away from movies and films that inadvertently end up giving more notoriety to murderers. I’m reminded of writer Lily Dancyger’s piece that was published just after Netflix’s Ted Bundy movie, Extremely Wicked, Shockingly Evil and Vile (starring Zac Efron, was released and a few …read more