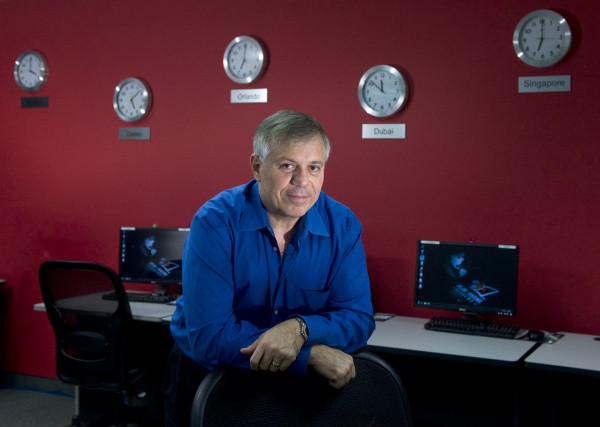 Federal regulators have charged an Irvine-based day-trading academy with overselling the firm’s ability to teach investors how to profit in the stock market.

The Federal Trade Commission on Wednesday, Feb. 12 charged Online Trading Academy with misleading investors, who paid at least $370 million for classes over a six-year period. The government charges the academy overstated how easy it was to make money using the company’s trading system.

The commission’s suit came a week after the academy said it sued the commission, claiming it was violating the company’s free-speech rights and wants “to restrict access to nontraditional forms of financial education.”

The commission, in a federal lawsuit, seeks to have the company stop its allegedly dishonest sales practices and pay unspecified damages to customers it wronged. The company, according to the commission, has 10 of its own academies plus 31 franchised locations across the nation and in Canada, the United Kingdom, Singapore, India, Indonesia and the United Arab Emirates.

The academy used various advertising schemes to lure people to a “preview” seminar that leads to a $299, three-day “orientation” where “the defendants urge attendees to sign up for seminars costing thousands more,” according to the government.

In addition, the commission charged that the academy could not support its claims of trading riches, noting a company survey of customers found “just 3% of people who responded claimed to be making ‘a lot of money,’ 31% reported making ‘a little money, and 66% said they were making no money at all.”

“It is illegal to make earnings claims in marketing investment opportunities or training unless the seller has a reasonable basis to make such claims,” said Andrew Smith, director of the commission’s Bureau of Consumer Protection. The academy “used unfounded earnings claims to bilk Americans out of their savings.”

The academy disputes such claims, saying in a press release it has many successful students.

“We hear so many moving, humbling and inspiring stories of our students’ success, which fuels our motivation to ensure they have access to strategies and resources designed to help them achieve their financial education goals,” says academy founder Eyal Shahar. “We’ve always believed exceptional financial education should not be reserved only for the Wall Street elite.”

In a 2012 interview, Israel-native Shahar said he came to America with just $300 after losing all his money in the 1983 collapse of the Israeli stock market. The investment business started as essentially a trading operation in 1997, then in 2001 began concentrating on investor education.

“It has nothing to do with gambling or ‘Let’s try this to see if it will work,’ ” Shahar said. “It’s all very specific, rule-based strategies. It’s very systematic.”

The academy’s stated in a press release that the commission “is placing a grossly excessive and unreasonable standard on the company to prove the financial gains of our students. Of course, a range of factors can impact one’s earning potential when trading” and that the company “should be afforded the constitutionally guaranteed right to commercial free speech.”