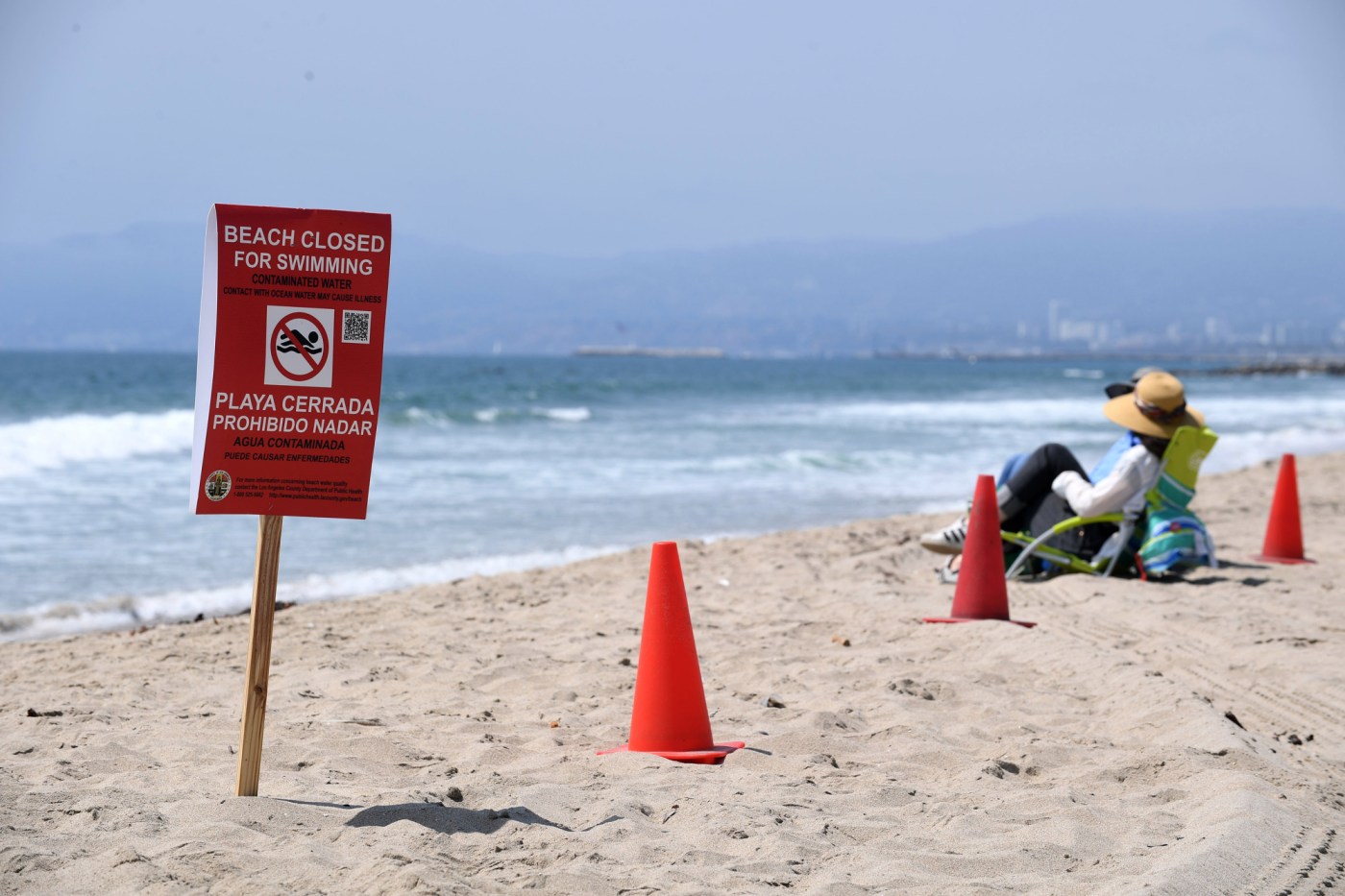 The Hyperion Water Reclamation Plant, near El Segundo, discharged 17 million gallons of untreated sewage into the Pacific Ocean the evening of July 11 into the morning of July 12.

Operators of the plant, which is owned by the city of Los Angeles, usually dump their treated wastewater five miles at sea, but an emergency — akin to a giant clogged pipe in your home — caused them to instead release untreated waste a mile offshore in order to forestall even more problems.

All morning long on the 12th, the plant operators knew about the pollution and the consequent danger to swimmers in and around Dockweiler Beach.

Yet the Los Angeles County lifeguards at the beach only found out about the spill after county Health Department workers began posting signs about the spill on lifeguard towers around noon that day.

The city knew about the problem all night long. So did the county Health Department, which had officials at Hyperion overnight. Why wasn’t the beach-going public notified at dawn instead of noon?

That’s one thing Los Angeles Controller Ron Galperin says he intends to find out in a letter he sent to the Los Angeles Sanitation and Environment Department this week.

“This catastrophic accident not only did great damage to our local beaches and water, but also undermined the public’s trust in their government’s ability to serve them and keep them safe,” Galperin said.

Why spending matters in times of inflation and high debt

He’s right. The spillage is one thing. The cover-up is entirely another, for which there is no excuse.

Beach-goers — and the general public — were going to find out about the sewage discharge soon enough. Why not tell them at the most important time to protect their health? Protocols must change within L.A. City Sanitation and the county Health Department as well to prioritize saving people from swimming in the stuff.

There’s one more thing: The spill was not caused by operator error or poor maintenance. “Construction materials, including wood chips and pieces of concrete, along with paper and grease, clogged the filtering screens,” the Los Angeles Times reports.

Angelenos, this one’s on you. Don’t flush that kind of stuff down the toilet.

Stock Market: Suez Canal Update! Floating!
The president of Tunisia - the only democracy that lasted after the Arab Spring - fired the prime minister and suspended parliament

NASA’s InSight Mars lander just gave scientists an unprecedented look at the guts of the red planet. Here’s how they compare to Earth’s.

How to find your Windows 10 product key or digital license