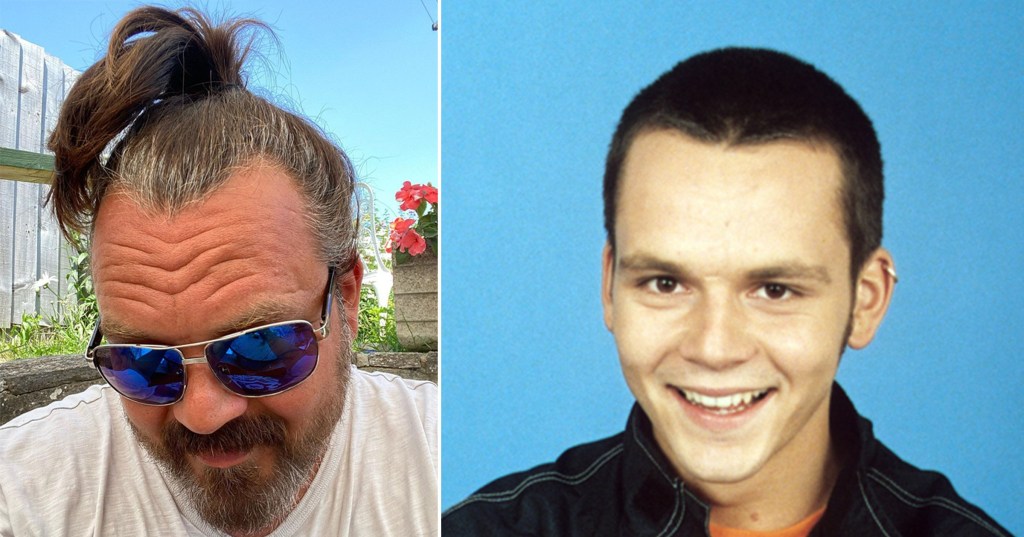 Paul Cattermole has revealed his new look to fans, unveiling his ‘genie hair’ after growing out his locks.

The S Club 7 star, 44, looked unrecognisable as he took to Instagram to share a selfie with his hair pulled up in a ponytail, telling his fans: ‘Genie Hair #nofilter’.

Paul appeared to be making themes of the UK heatwave as he took the selfie outdoors wearing a pair of mirrored shades to protect his eyes.

The new look went down a treat with his followers, who commented: ‘Haha awesome!’, ‘Suits you Paul!’, and ‘I have the same!’

Paul found fame in S Club 7 in 1999, where he was famed for having short dark hair, but left the band in 2002 to join nu-metal band Skua with old school friends.

Another reunion may be imminent for the band as Tina Barrett revealed in December that all members are up for getting together and working on new music.

She told The Sun: ‘We definitely want to do something new together. We’re all older now, so we could do something that reflects how we are now – not such a teeny-bopper sound, something more credible.’

Tina added: ‘I’ve chatted to pretty much everyone and I think we’re all up for it. So it’s just about getting it in the diary. I’m pretty sure it will happen.’

She thinks it would be ‘silly not to’ consider another reunion for the band given the success that others from their time, such as Steps, have had making a comeback.

In their heyday, S Club had a number one album as well as four number one singles, with all of their official single releases charting in the top five in the UK.

The Walking Dead season 11: New trailer teases the ‘beginning of the end’