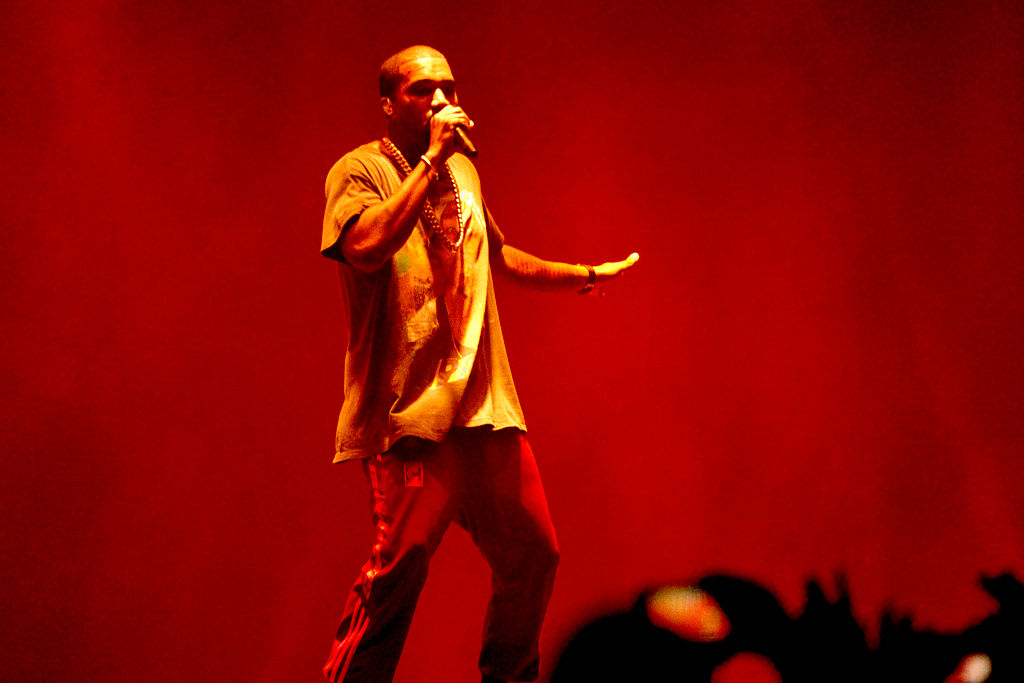 Kanye West announced on Instagram his album Donda will be released on Friday (Picture: Getty)

Kanye West has previewed a new song from his upcoming album Donda as he posted on Instagram after more than two years.

The rapper is on the promo trail for the album, holding a listening party in Las Vegas earlier this week.

In his social media return he shared a snippet from a Beats Studio Buds advert featuring athlete Sha’Carri Richardson getting ready for training. His new song No Child Left Behind plays over the top with the lyrics: ‘Never count on y’all/Always count on God’ and ‘He’s done miracles on me’ repeated over an organ.

The video carries the announcement that Donda is out on July 23 with another listening party taking place on Thursday night at 8pm ET on Apple Music (that’s about 1am in the UK so be prepared to stay up late).

A further shot shows Kanye crouching in the shadows wearing the full head covering he has taken to sporting in recent weeks.

His first outing of Donda in Vegas seemed to go down well with those who heard it, with social media personality Justin Laboy describing the production as ‘light years ahead of its time, and the bars sound like he’s broke & hungry trying to get signed again.’

He added ‘Any artist who plan on dropping soon should just push it back #respectfully’ and even made the bold claim that it was ‘album of the year’.

Donda, named after his late mother Donda West, will reportedly include songs such as I Know God Breathed On This and 24/You’re Gonna Be OK.

According to fans who attended the listening party the album also features snippets of his mum speaking throughout the album.

Kanye’s 10th studio album was first revealed in March 2020 as the rapper headed to Mexico to record, but it is thought to have been delayed due to the pandemic.

Love Island 2021: Laura Whitmore gets a text teasing her return just in time for Casa Amor

Teachers to be questioned in court after girl, 12, drowned on school trip to France