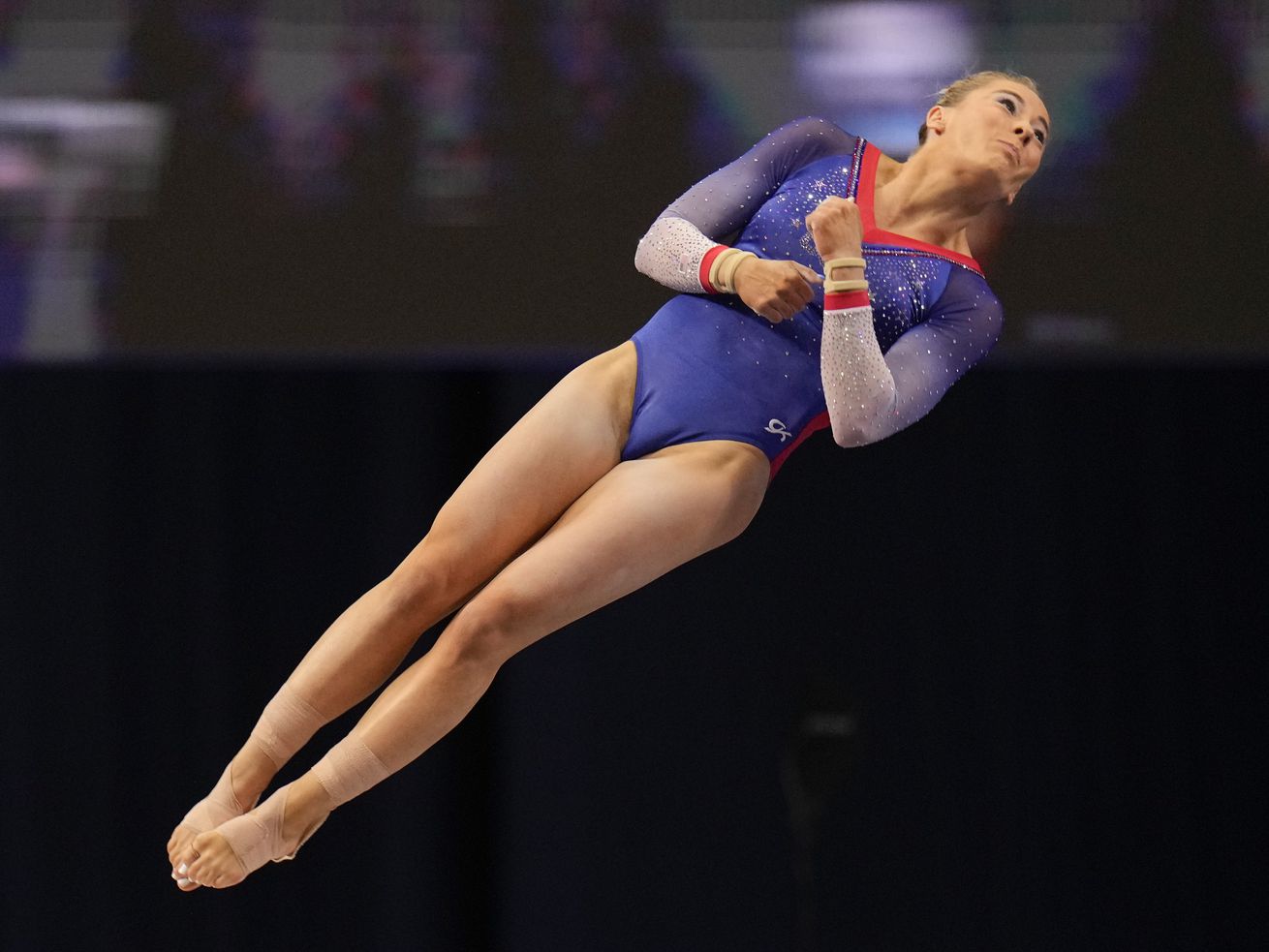 Pair join a select group of U. gymnasts to perform at the Olympics

There is no greater stage in gymnastics than the Olympics. To represent oneself and one’s country at the Games is the pinnacle of achievement in the sport.

For all of the storied success of the University of Utah’s women’s gymnastics program, only six Red Rocks have ever reached those heights. Missy Marlowe did, as did Cheryl Weatherstone, Crystal Gilmore, Gael Mackie, Daria Bijak and Nansy Damianova. That’s it, of the hundreds of athletes who’ve competed for the U.

Only one of those — Marlowe — did so while representing the United States, but she won’t be the only American for much longer.

When the qualification round begins at the Tokyo Olympics Sunday morning at midnight MT, two American gymnasts who have or will compete for Utah — MyKayla Skinner and Grace McCallum — will take to the floor with hopes of earning the chance to win a medal.

A third, Kara Eaker, was supposed be waiting in the wings, ready at a moment’s notice just in case, but news broke Monday that she tested positive for COVID-19 and will have to isolate for 8-14 days.

Skinner and McCallum will join Marlowe as the only Red Rocks to be U.S. Olympians, while Eaker will join Skinner, Corrie Lothrop and Theresa Kulikowski as the only Ute U.S. alternates.

The trio have made Utah gymnastics history, so it is little surprise that anyone and everyone involved with the Red Rocks is very excited.

“It is wonderful,” Utah head coach Tom Farden told the Deseret News. “It is a little surreal to have three athletes of that caliber in Tokyo.”

All three legitimately battled for Olympic berths at the U.S. Olympic trials in late June. At the close of the two-day competition, it was anyone’s best guess who would make the team, with McCallum finishing fourth overall, while Skinner closed in fifth and Eaker in seventh.

McCallum, ultimately, was selected for the four-woman U.S. team, along with Simone Biles, Sunisa Lee and Jordan Chiles, while Skinner earned one of two individual spots — Jade Carey had previously earned the other individual berth — with Eaker being named one of four alternates.

“I am so proud of myself that I did the best that I could do and that is really all that matters,” Skinner said.

The team selection proved controversial, with debates centering on McCallum making the four-woman team over Skinner or Skinner being awarded an individual spot instead of Kayla DiCello, Leanne Wong, Eaker or Emma Malabuyo. In the end, USA Gymnastics believed that McCallum and Skinner give the U.S. its best chance to medal in Tokyo, and medal often at that.

“Grace demonstrated consistency and resilience across both days of competition at the Olympic Trials, hitting all eight routines,” USA Gymnastics’ report on Olympic team selection read. “… The …read more

The latest twists and turns in the Damian Lillard trade drama

Sports on the air: Here’s what games are on TV and radio for the week of July 18-24