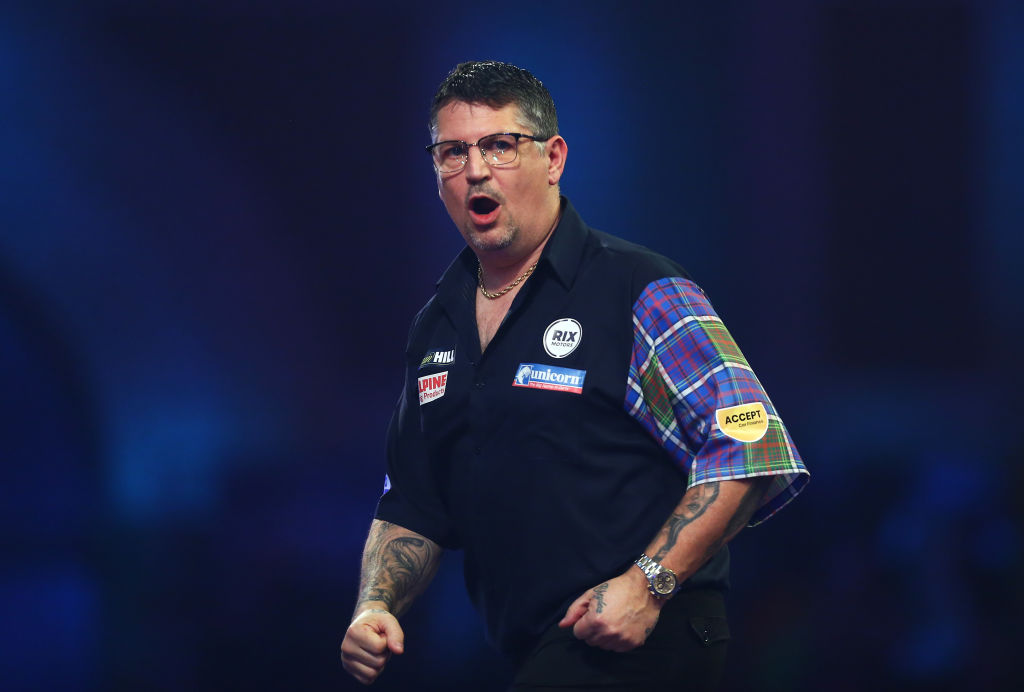 Gary Anderson expects there to be a new name on the World Matchplay trophy this year, describing Jose de Sousa as ‘something else’ on the practice board.

The Flying Scotsman booked his spot in round two, where he will meet Nathan Aspinall, with a comfortable 10-5 win over Stephen Bunting, despite playing nowhere near his brilliant best.

Just three seeds have fallen in the first round – James Wade, Glen Durrant and Daryl Gurney – meaning most of the big-hitters are still swinging in Blackpool, but Anderson thinks it is a less established name that will lift the trophy on Sunday.

Grand Slam champion and Premier League finalist De Sousa has been making waves on the oche over the last couple of years and Anderson says his game on the practice board is ‘something different’ to anything else he has seen.

Asked if this is the most open Matchplay field he has seen, Anderson told Online Darts: ‘I think so, aye. There’s a hell of a lot of players now.

Jose de Sousa will face Michael Smith in round two after beating Gabriel Clemens in his opener (Picture: Getty Images)

‘I think you might see somebody new win it. I’ve watched Jose play, that is something else.

‘Talk about the youngsters like Dimitri [van den Bergh] and all them, but nah, Jose is something else on that practice board.

‘If you get time to sit and watch him, it’s something different.’

Anderson is not alone in being stunned by what he has seen in practice from the 47-year-old, with Durrant claiming De Sousa is the best he has ever seen in the practice room.

Speaking to Dan Dawson earlier this year, Duzza said: ‘He’s been practicing with Damon Heta, he is the Special One.

‘In practice, he is the best player I’ve ever witnessed. I think the day he puts his practice darts, you will see 120+ averages.’

De Sousa strolled through round one, beating Germany’s Gabriel Clemens 10-2 but should have a sterner test against Michael Smith in the last 16.

The Special One is making just his second Matchplay appearance after losing in the first round last year, but is one of the favourites to get his hands on the trophy this Sunday.

With Wright, Van Gerwen and Anderson in his half of the draw, he will have to do it the hard way.