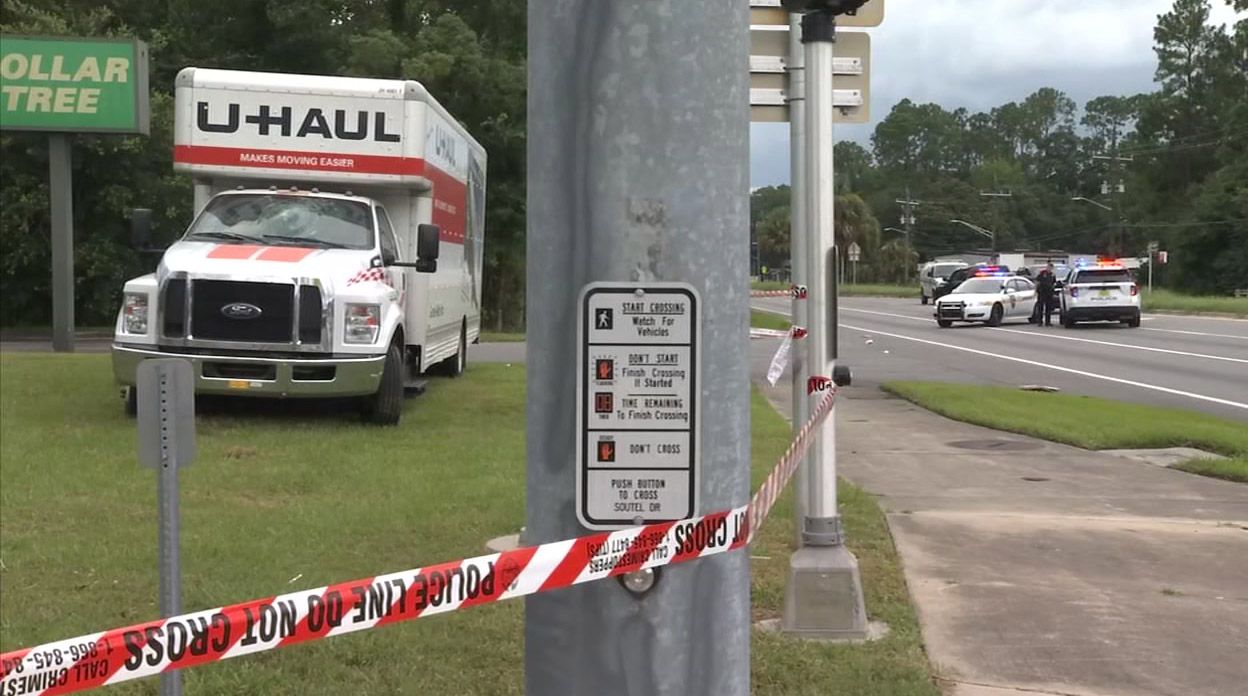 A deadly crash in Northwest Jacksonville over the weekend is renewing concerns about traffic near the intersection of New Kings Road and Soutel Drive.

The crash happened about 12:30 p.m. Sunday. According to the Jacksonville Sheriff’s Office, a U-Haul truck was heading south on New Kings Road when it veered off the road and struck a pedestrian. The unnamed man, who died of his injuries, marks the 127th traffic fatality in Jacksonville this year.

While a News4Jax crew followed up on the crash on Monday, they came across another wreck in the area when a tractor trailer clipped another vehicle. Though the crash looked serious, police officers on scene told News4Jax they did not believe anyone died in the wreck.

But Sunday’s crash was not the first time the corridor has dealt with traffic accidents resulting in injuries or death. In fact, the city has been looking at potential changes along Soutel Drive since 2008. The area was the subject of a community redevelopment study prepared that year.

One such idea was what’s known as a “road diet,” which would have reined in traffic by reducing Soutel from four lanes to two along some stretches of the roadway. But that proposal was met with pushback, including a Change.org petition.

News4Jax on Monday spoke with several local residents who said they regularly walk the area, which is known to have heavy foot traffic. One of those residents recalled losing a loved one to a traffic crash.

“My cousin got killed right down the street,” Lawrence Albertie told News4Jax. “A car turned the corner … going down the road and hit a bunch of them.”

News4Jax Crime and Safety Expert Ken Jefferson, a former Jacksonville Sheriff’s officer, used to live in the area decades ago. He said despite all those years, traffic problems in the area haven’t changed.

“There’s a lot of people that walk, they live close by,” Jefferson said. “Everything is within walking distance for them, but it’s very dangerous because of the amount of traffic that comes through on a daily basis.”

News4Jax reached out to Mayor Lenny Curry’s office and Priestly-Jackson about the status of the project to overhaul traffic in the area. We were told the councilwoman wasn’t available for comment because she was dealing with a personal matter.

This story will be updated once we hear back from the city.

UF Health Jacksonville nurse on working in ICU amid COVID surge: ‘I feel like we are in a war’