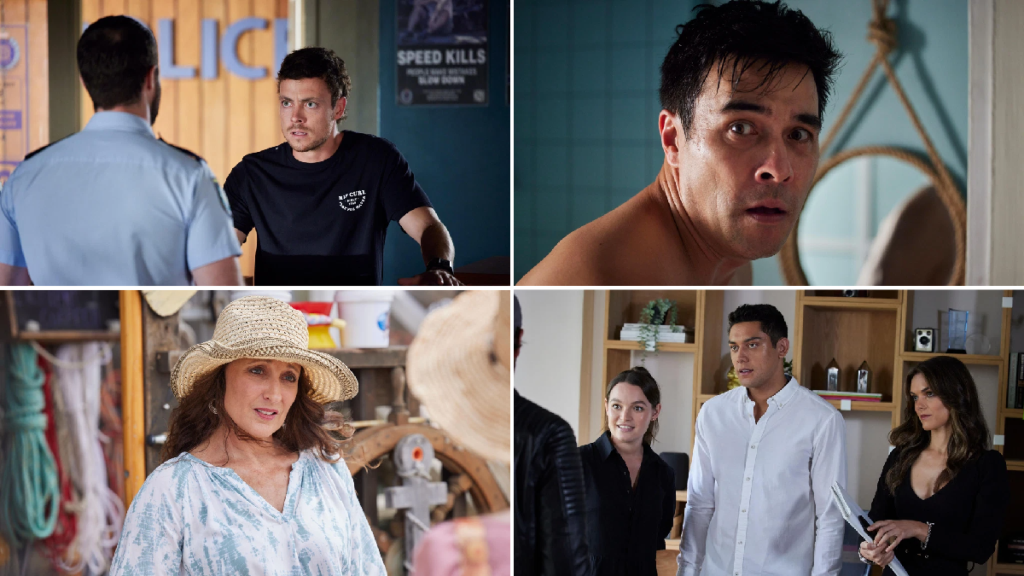 A dramatic week ahead in Home and Away (Pictures: Endemol Shine)

This week on Home and Away, fans can look forward to a series of shocking moments. Justin’s (James Stewart) erratic and violent behaviour continues as he refuses to stop getting hold of pills – even if it means getting them off dodgy websites.

After he confronts Ziggy (Sophie Dillman), beats up Stephen (Bren Foster) and ends up in a police cell, we’re left wondering – how much worse can he possibly get?

Elsewhere, Dean’s (Patrick O’Connor) fears for Mackenzie (Emily Weir) rise as her disappearance continues. A few days after filing a missing persons report, his concerns reach fever pitch when the news breaks that a female body has been discovered in the Bay. Could it be his sister?

Here’s what’s coming up for the week beginning Monday July 19.

Dean fears the worst for missing Mackenzie after finding her phone

Dean continues with his search for Mackenzie after she doesn’t return home for several days. Nobody in the Bay can confirm they’ve seen her, and the situation escalates when he finds her phone behind a sofa cushion – she always has it on her in case of an emergency at Salt. Realising there’s nothing for it, he goes down to the station and files a missing person’s report…

Alf and Roo receive an update from the hospital – Martha is ready to come home. The pair are left wondering if they can match the level of care he’s been receiving, but Roo’s concerns change when she receives a call out of the blue from Kieran’s lawyers. She is faced with a worrying ultimatum – if Kieran wants to avoid jail, he has to move in with them…

Justin continues to hide his addiction with secret pills order

Although Leah and Tori are now aware of the extent of Justin’s painkiller addiction, he continues to hide his need for pills and resorts to secretly ordering a stash from a dodgy website while he’s at the garage. The next day, he tells a suspicious Ziggy that a ‘package’ is coming and she should keep it to one side for him. Will Ziggy realise something is amiss before Justin swallows the dangerous pills?

Nikau is excited to see his social media blowing up and Sienna and Allegra come to the Bay so they can help him keep up the momentum. They sit in the Parata house going through designer clothing they’ve been gifted and posing for photos, much to Bella’s annoyance – she’s trying to work on the photography exhibition with Emmett. When she goes to find somewhere quieter, Sienna and Allegra deliver Nikau some hard truths – relationships never work out, not in this industry..

Nikau discovers he has to leave for Japan for three months

Bella and Emmett are hyped up for the photography …read more

How to make your flowers last longer in the heat

3 questions the Cubs need to answer before the trade deadline