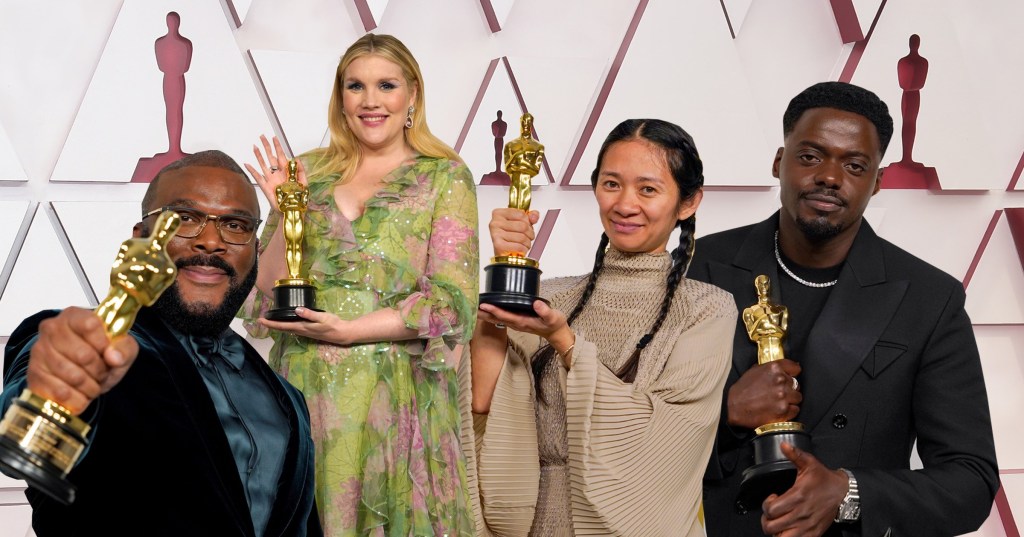 Since its beginnings in 1929, the Oscars has been known as film’s biggest night of the year – but this year, viewership has completely plummeted.

The glitzy and glamorous event, which was scaled down this year due to the coronavirus pandemic, saw its viewership drop by a whopping 58% in the US.

Only 9.85million Americans watched the event to see Chloe Zhao and Nomadland triumph, compared to 23.6m in 2020, according to preliminary Nielsen numbers.

Last year’s had also been a record low at the time.

So, in a year when many of us have relied on films more than ever before, what went wrong with this year’s Oscars?

Shawn Robbins, Chief Analyst at Boxoffice Pro, told Metro.co.uk: ‘The sharp decline in Oscar viewership was very widely expected this year with very few movies having released or gained a high profile due to theatre closures.

It followed a trend experienced by other industries’ award shows, such as the Grammys, drawing smaller audiences than normal. All things being equal, next year’s Academy Awards could rebound significantly if moviegoing and studio releases continue to rebound in a significant way over the next eight to ten months.

‘The ceremony is often most popular when at least a few big box office hits are well represented in major categories, so that will also be a factor in potential ratings recovery.

‘The hosting aspect is certainly debatable. Having the right personality lead the show can attract more viewers, but the hostless option can work when well written and produced. Other elements such as musical performances and clips showcasing the nominated films add some life to the ceremony which is otherwise dominated by speeches, so those components may return next year as well.’

There was a much smaller audience than normal (Picture: Getty Images)

There was no doubt that this year’s ceremony would be different due to the ongoing coronavirus crisis, but co-producer Steven Soderbergh attempted to make it as entertaining as possible despite that.

He insisted it would be like a movie, and for the first few minutes it was, with Regina King filmed striding to the stage in Union Station in an epic long shot, and then giving a powerful speech.

However, things very much fell off the wagon later on, with a glorified version of Name That Tune being played during the ceremony, and a seemingly rushed version of the In Memoriam segment.

In the attempt to make it as normal as possible, the organisers asked guests not to Zoom in from home, with various nominees attending from certain locations in London – but that meant Sir Anthony Hopkins, who ended up winning best actor, was not able to attend from his home in Wales.

The organisers definitely did well with what they had, but it’s got to be said that it didn’t have …read more

Scottish rail users prepare for a summer of misery