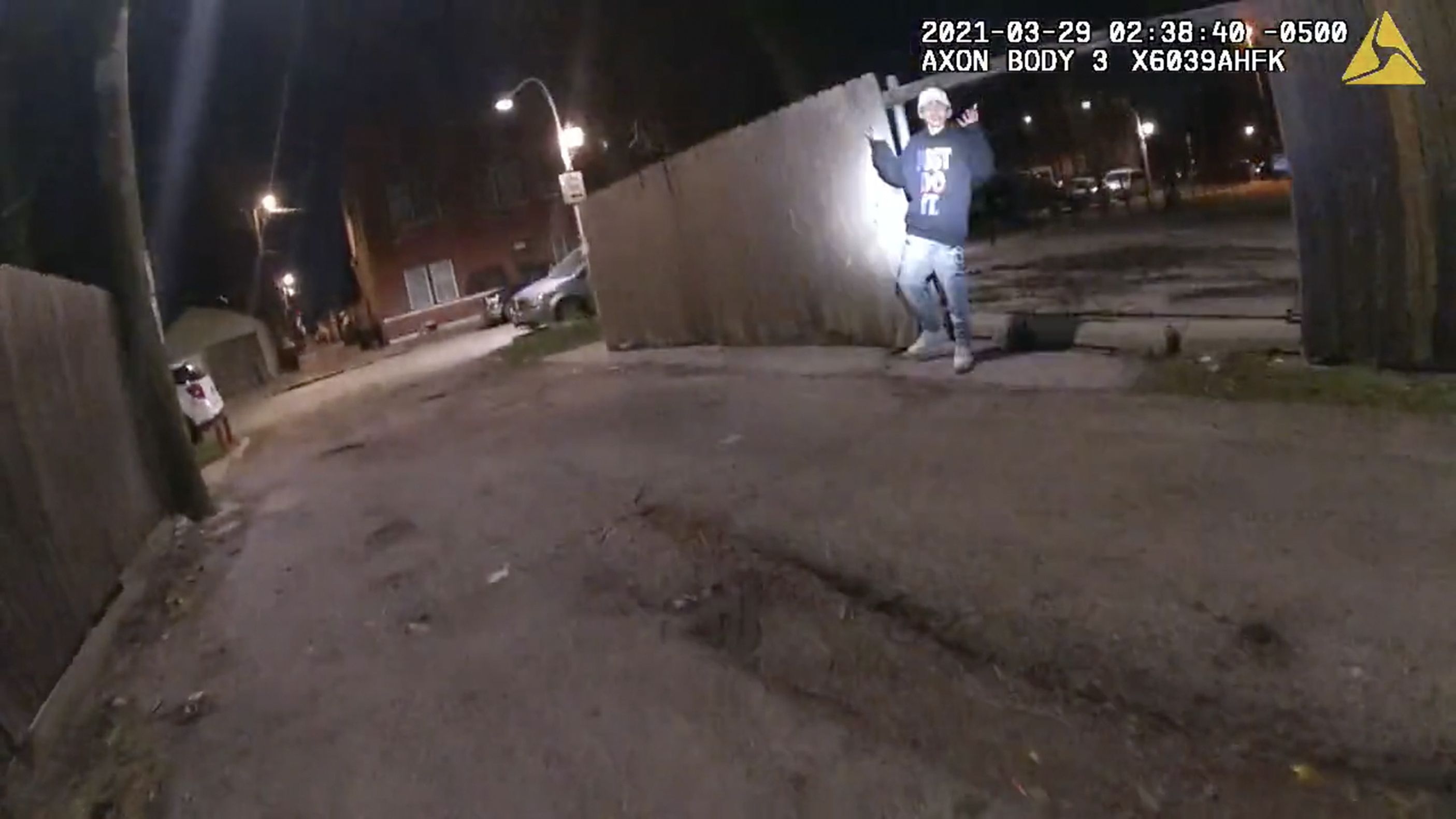 Disturbing bodycam video released Thursday after public outcry over the Chicago police shooting of a 13-year-old boy shows the youth appearing to drop a handgun and begin raising his hands less than a second before an officer fires his gun and kills him.

A still frame taken from Officer Eric Stillman’s jumpy nighttime body camera footage shows that Adam Toledo wasn’t holding anything and had his hands up when Stillman shot him once in the chest about 3 a.m. on March 29. Police, who were responding to reports of shots fired in the area, say the boy had a handgun on him before the shooting. And Stillman’s footage shows him shining a light on a handgun on the ground near Toledo after he shot him.

The release of the footage and other investigation materials comes at a sensitive time, with the ongoing trial in Minneapolis of former Officer Derek Chauvin in the death of George Floyd and the recent police killing of another Black man, Daunte Wright, in one of that city’s suburbs. Before the Civilian Office of Police Accountability posted the material on its website, Mayor Lori Lightfoot called on the public to keep the peace and some downtown businesses boarded up their windows in the expectation that there could be unrest.

Small groups of protesters gathered at a police station and marched downtown Thursday night, but there were few signs of widespread demonstrations in the city.

“We live in a city that is traumatized by a long history of police violence and misconduct,” Lightfoot said. “So while we don’t have enough information to be the judge and jury of this particular situation, it is certainly understandable why so many of our residents are feeling that all too familiar surge of outrage and pain. It is even clearer that trust between our community and law enforcement is far from healed and remains badly broken.”

Nineteen seconds elapsed from when Stillman got out of his squad car to when he shot Toledo. His bodycam footage shows him chasing Toledo on foot down an alley for several seconds and yelling “Police! Stop! Stop right (expletive) now!”

As the teen slows down, Stillman yells “Hands! Hands! Show me your (expletive) hands!”

Toledo then turns toward the camera, Stillman yells “Drop it!” and midway between repeating that command, he opens fire and Toledo falls down. While approaching the wounded boy, Stillman radios in for an ambulance. He can be heard imploring Toledo to “stay awake,” and as other officers arrive, an officer says he can’t feel a heartbeat and begins administering CPR.

In a lengthy email, Stillman’s attorney Tim Grace said Toledo left the officer no choice but to shoot.

Atlantic snook to close in state and federal waters