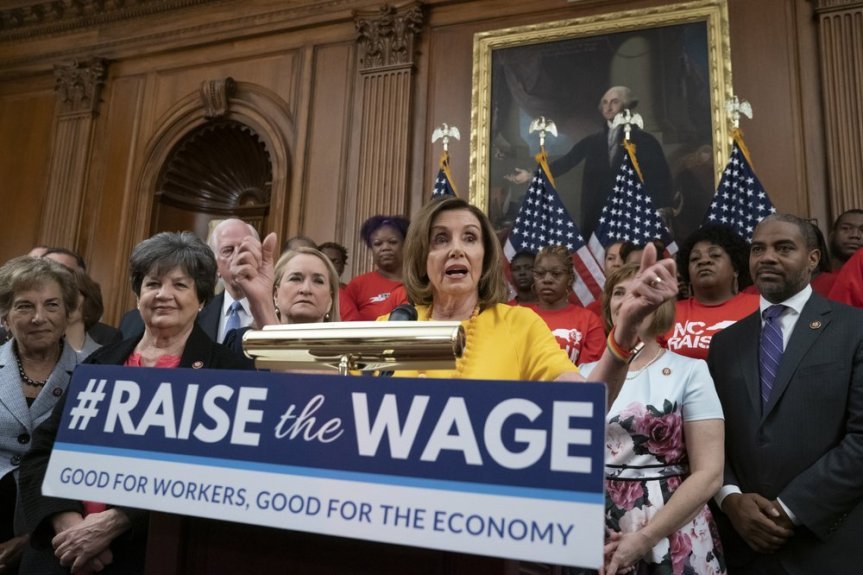 One basic misunderstanding is to fail to distinguish between a private firm raising its wages paid, and a law compelling all and sundry to do the same.

Unhappily, this rookie error was committed by no less than the New York Times, the supposed newspaper of record. Recently it blasted out this headline: “When Amazon Raises Its Minimum Wage, Local Companies Follow Suit; New research suggests that when big companies increase wages, they drive up pay in the places where they operate — without a notable loss in jobs.”

Perhaps a recapitulation of some of the high points of Economics 101 will put matters in perspective.

It would be truly amazing for this to occur. Of course, when LeBron James gets a boost in salary this will not increase unemployment. Whoever said it would? Ditto when high tech firms such as Microsoft, IBM or Apple do so. But this also applies to the employers of less skilled employees such as Amazon, Target or Walmart.

Why do any of them raise wages? In a word, productivity has risen. As freshman students learn in introduction to microeconomics, wages tend to equal productivity. They cannot get too far out of line before market forces tend to equate them. For example, suppose a worker with a discounted marginal revenue productivity of $30 per hour is paid $20. Some other firm will soon enough bid $21 for his services, and another $22. You see where we’re going with this?

Just as nature abhors a vacuum, the economic system does so with regard to profits. If they are out there, some entrepreneur will try to capture them, in this case by raising the bidding for this underpaid worker.  Now posit that this person with productivity of $30 is paid $50. Well we have a name for companies that do this: bankrupt (assuming no bailouts, strictly verboten in the free economy.) So, if our $30 hour man improves his productivity to $35, so will his remuneration tend to follow this path. No mystery here.

When a foreign plumber earning $5 per hour in his country of origin comes to the U.S., he soon enough finds a job paying just about as much as American wrench wielders, at a multiple of that amount. Why does his productivity rise so markedly? That is because in this country employees work with far more and better capital equipment. And why, in turn, is that? More economic freedom which encourages savings and investment.

A minimum wage is entirely a horse of a different color. Here, compulsion rears its ugly head. This enactment is not part and parcel of the free enterprise system. It is an abnegation of it. Suppose the employer is compelled to pay our $30 an hour man $50. That would spell the end of job prospects for this man. It is the same for someone with a productivity of $5 per hour, there are such people!, under the present minimum wage of $7.25. His chances of escaping joblessness are slim to none.

When the minimum wage raised from …read more

The Latest: Michigan pushing for more vaccines amid spike

Social Media Users Report: Latest stats and trends through 2024 by platform and location