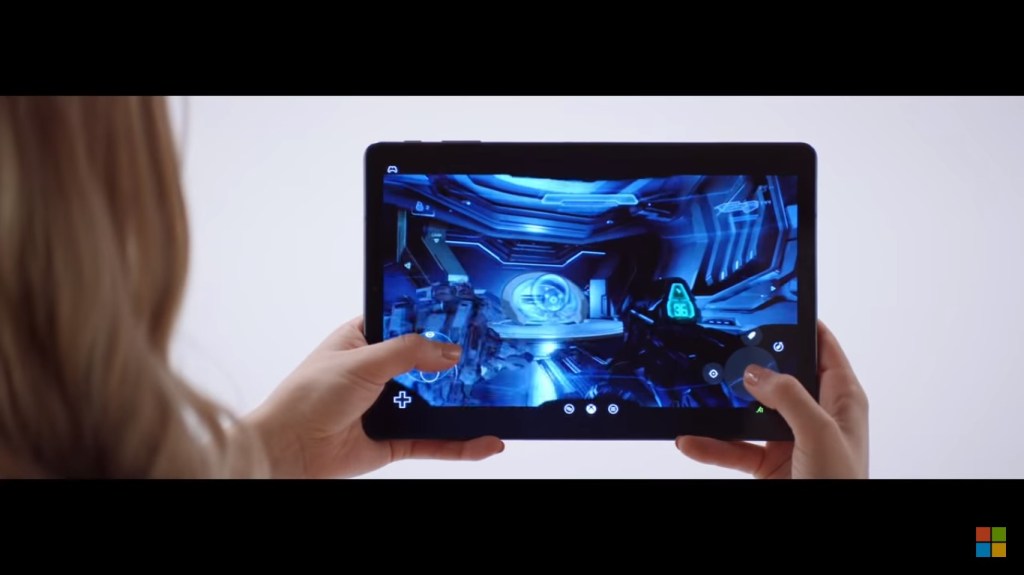 Games including Gears 5 and Sea Of Thieves are now playable via touchscreen controls only, as Microsoft’s cloud gaming push continues.

Microsoft may be doing well at the moment with Game Pass and backwards compatibility but that’s not even this generation’s final form as far as their Xbox plans go.

The real future of Xbox is cloud gaming, where you’ll be able to play Xbox games on any compatible device, including smart TVs and mobile phones.

The problem with phones in particular is that you’re not likely to have a controller to hand to use with them, and given how complex some console games can be that creates a real issue – one Microsoft is looking to solve with touch controls.

That seems easier said than done but a new Xbox Wire blog suggests that the new optional controls are already up and working for over 50 games, including Gears 5, Killer Instinct, and Sea Of Thieves.

They didn’t advertise it much at the time but the first touch-enabled Xbox game was Minecraft Dungeons last autumn and now there are total of 54 games ready to be updated, with the full list available here.

One of the early concerns about Microsoft’s cloud gaming plans was that future titles would be purposefully designed with touchscreen controls in mind, potentially compromising what was done for consoles. But if these games, that definitely weren’t made with phones as a priority, work okay that fear should be put to rest.

The update doesn’t mention anything about xCloud working on iOS, just Android, as Apple are still preventing Microsoft from running games through the Game Pass app.

Microsoft has previously said that they’ll try and figure out a way that they can run it on iOS through the Safari browser but so far there’s been no word of that actually happening.

MORE : Xbox will make mini fridges but only if you help it win a Twitter competition

For more stories like this, check our Gaming page.

Neighbours to be investigated over racism allegations