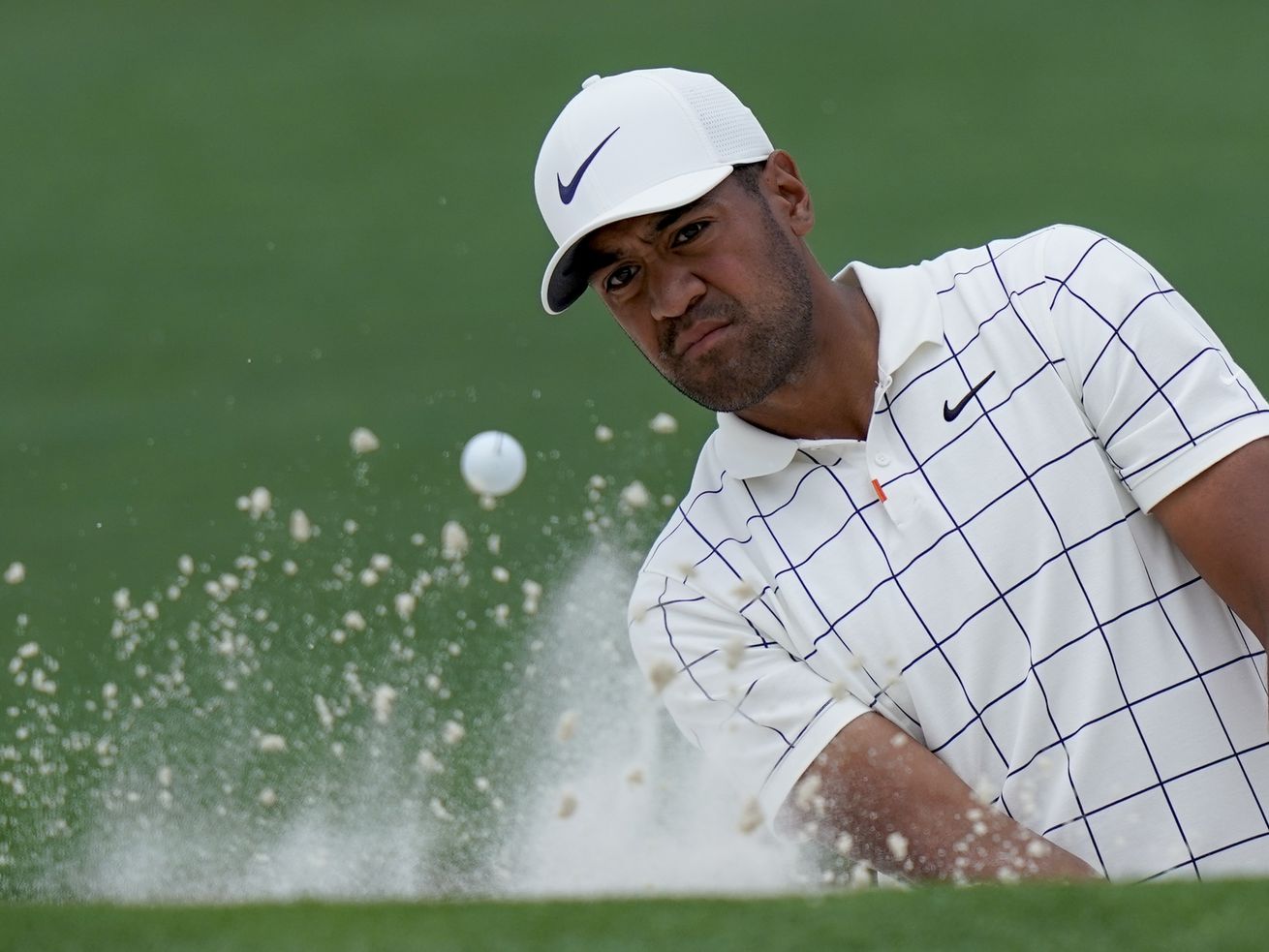 Tony Finau hits from a bunker on the second hole during the third round for the Masters Saturday, April 13, 2019, in Augusta, Georgia. Although the Utah product has struggled during the last few weeks, he still ranks No. 10 in the FedEx Cup standings and is confident heading into this week’s tourney. | David J. Phillip, Associated Press

Sandy resident Mike Weir, the 2003 Masters champion, is also in the 89-player field this week as the revered event returns to normal after being played last November without fans due to the COVID-19 pandemic

In a 35-minute podcast called “Let’s Get It” they released Monday morning, former Utahns Tony Finau and his swing coach Boyd Summerhays previewed the 2021 Masters, and talked about how comfortable Finau will be in his fourth appearance in the revered tournament at Augusta National Golf Club.

The friends mentioned how they now know which side of the city of Augusta, Georgia, is best to rent a house for the week to avoid heavy traffic — although only about 10,000 patrons will be allowed on the hallowed grounds this week, due to COVID-19 — and how Finau has hired a chef from Lehi to cook meals for their families and friends.

“Masters week is like Christmas morning as a kid,” Finau said on the podcast. “There is just a special feel to it. The Masters is like our Super Bowl. We have four Super Bowls, if you will. If you ask most golfers which (major) means the most, most guys would say it is the Masters.”

What Finau and Summerhays did not discuss is the big elephant in the room as golf’s first major begins on Tuesday: Finau’s slump, by his standards.

“Masters week is like Christmas morning as a kid. There is just a special feel to it. The Masters is like our Super Bowl. We have four Super Bowls, if you will. If you ask most golfers which (major) means the most, most guys would say it is the Masters.” — Tony Finau

Another PGA Tour golfer Utah claims as its own, Canadian and former BYU golfer Mike Weir, is also in the Masters this week by virtue of being a past champion. Now a full-fledged member of the Champions Tour, the 50-year-old Weir is playing some of the best golf of his career since he won the Masters in 2003.

Weir finished second at 13-under in his last tournament, the Cologuard Classic in Tucson, Arizona.

“I played well, and it just showed me my game is in a good place coming into this week,” Weir said on 1280 The Zone’s Masters Preview on Monday.

Stock Market: Suez Canal Update! Floating!
Sports on the air: Here’s what games are on TV and radio for the week of April 11-17

Instant analysis: No. 1 Jazz lose some ground at the top of the West with loss to No. 2 Suns