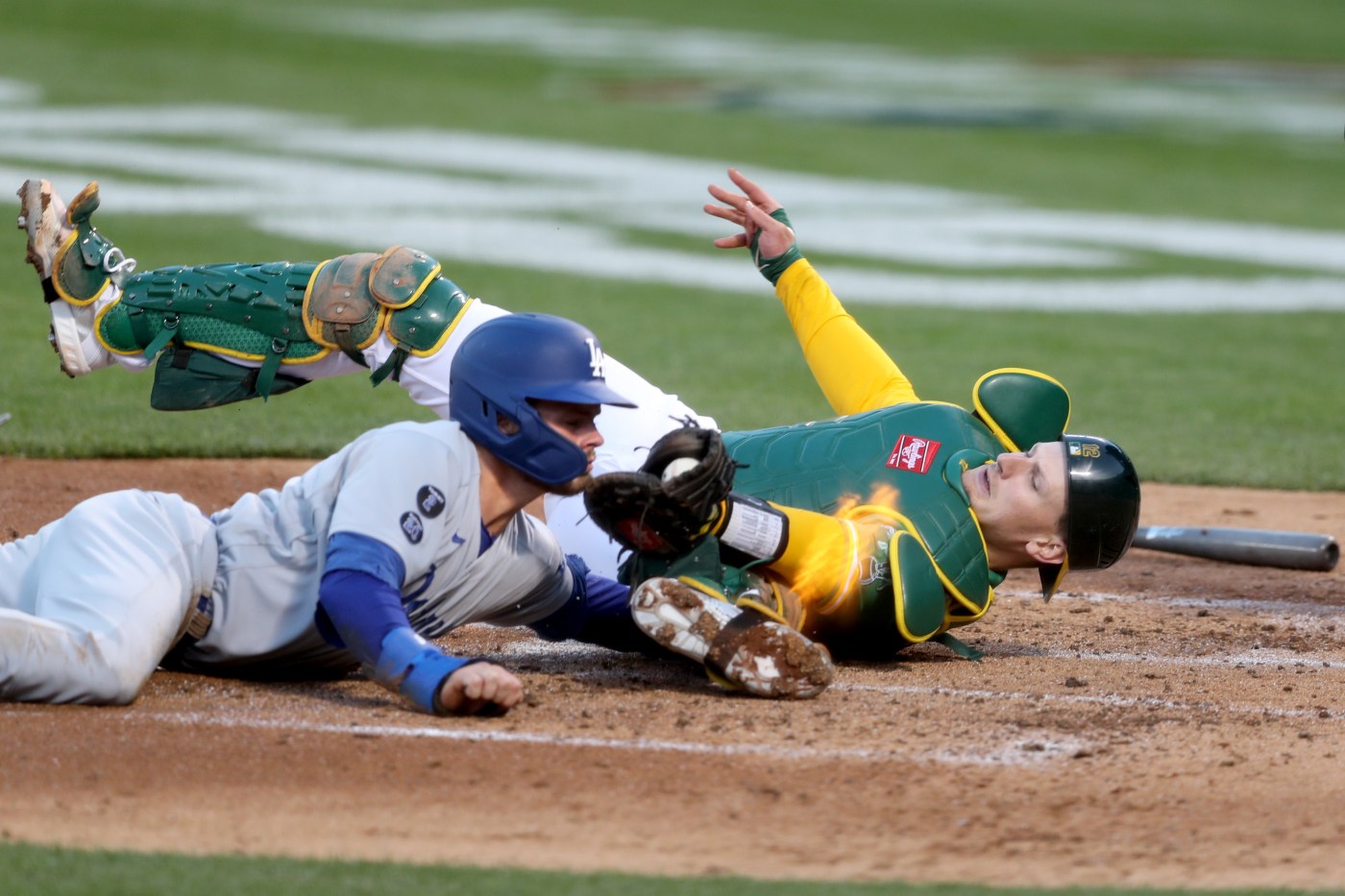 OAKLAND — Not since 1916 has the Athletics franchise started a baseball season 0-6. The 2021 A’s matched that 105-year record set by Connie Mack’s Philadelphia Phillies on Tuesday with a 5-1 loss to the Los Angeles Dodgers at the Coliseum.

The good news is that the A’s managed to put an end to another streak: For the first time this season, the A’s did not allow eight or more runs in a game. That run entered the A’s into an exclusive club with the 1995 Chicago White Sox and 1976 San Diego Padres for the only teams since 1901 to do so in the season’s first five games.

“It hasn’t been the start we wanted, for sure, especially after the way we played in spring training,” Elvis Andrus said before the game. “This team has been winning the division the last few years. The organization has had bad starts before. We didn’t start like this last year, but you’re going to get into those bumps during the year. We all talk in the clubhouse, it’s better to happen now than June, July or August.”

Chris Bassitt is mostly to thank for that. He dealt six innings, and was burned mostly by a handful of pitches in the second and third innings. A two-strike fastball up in the zone to former Athletic Max Muncy sailed over the left-field fence for a two-run home run in the third. Two at bats later, Edwin Rios punished a hanging two-strike curveball for a solo blast.

Mitch Moreland, in for an ailing Matt Olson at first base, made some Gold Glove-caliber plays to save a few more runs in the inning prior. First with runners on first and third, game tied 1-1 then, Moreland snagged Mookie Betts’ sharp ground ball and mowed down Gavin Lux at home. The next at-bat he made a diving play on Corey Seager’s ball down the first base line and made a throw from his back to get him at first.

With that lob from Moreland, Bassitt was the A’s first starter to keep the game in reach. When he took the mound, the A’s starters as a group was carrying a 9.82 ERA, good for worst in Major League Baseball heading into Tuesday’s games.

Adding injury to insult: Trevor Rosenthal to meet with specialist, Olson out, and A’s lose two relievers amid skid

Stock Market: Suez Canal Update! Floating!
This $2,200 rowing machine is poised to be the Peloton of at-home rowers — here's why it's worth the investment

How far have the Sharks come this season? We’re about to find out

Tencent falls nearly 8% after the firm’s largest shareholder said it plans to sell $14.6 billion of its holdings (TCEHY)