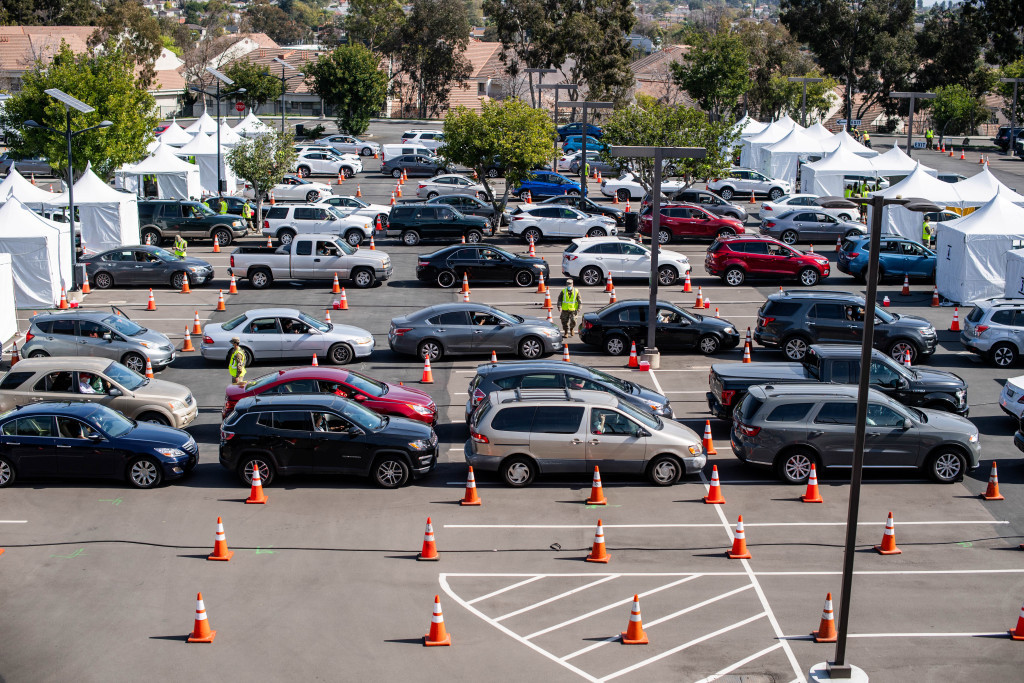 With relatively few vaccine appointments slots being filled, state and federal officials are putting out the call to any eligible person to sign up for “immediate appointments” to get vaccinated against COVID-19 at the mammoth Cal State LA site.

The call comes just days before the Federal Emergency Management Agency and California’s Office of Emergency Services cease control of the site, which next week will transition to the city of L.A. to operate.

“We’re light on appointments for the next several days. We want to finish strong and use up every dose we have,” said Greg Renick a spokesman for CalOES, urging people to sign up through the state’s MyTurn website.

Those doses are the Johnson & Johnson vaccine, which require only one shot, in contrast to the 2-shot doses of Moderna and Pfizer vaccines.

Up to now, the East L.A. site — and its associated mobile vaccination clinics — have administered more than 313,000 doses. There is enough to reach a goal of 350,000 doses by the time the federal/state partnership ends on Sunday at the site, and on Saturday among the mobile clinics, Renick said.

But getting to the goal is taking “a big push over the next few days,” especially in light of President Joe Biden’s bumped-up deadline to April 19 for universal adult eligibility.

It was unclear why there was a glut of appointment slots, especially as local public health officials expect the most intense demand yet as eligibility widens.

Private health plans, as well, such as Kaiser-Permanente, have also ramped up their capacity, eligibility and distribution.

Still, many residents signing up through the state’s MyTurn portal have been met with full scheduled or appointment times still weeks away.

Behind the scenes, FEMA and state officials have been getting the word out, tapping sectors that might be eager to get vaccinated — but only if they meet eligibility criteria.

The Cal State location was opened in February as an eight-week pilot project. It marked a cooperative effort between the state and federal government targeting lower-income areas hard hit by the pandemic.  A team of more than 200 soldiers, deployed from Fort Carson in Colorado, were deployed to Southern California to help establish and staff the complex.

More than 68 percent of doses have been administered to people in underserved and at-risk communities. Between the two sites, more than …read more