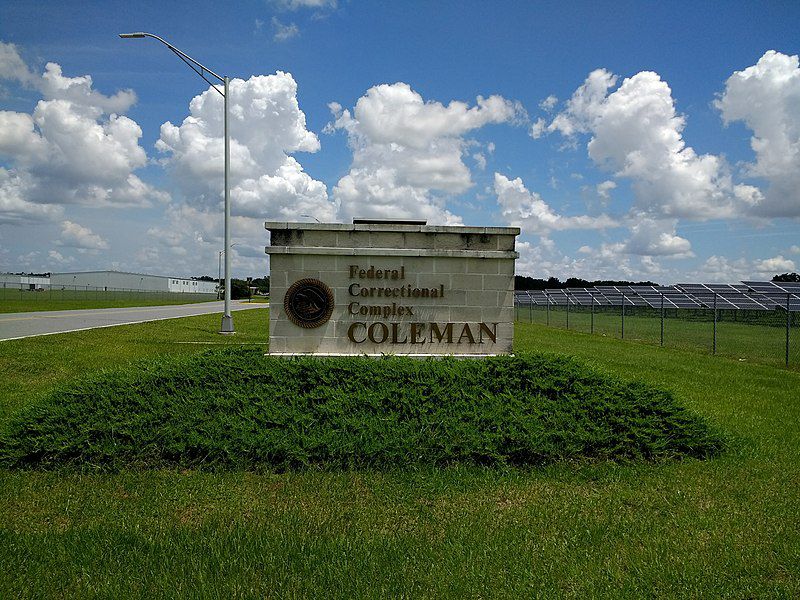 A federal prison guard in Florida has been accused of participating in a scheme to smuggle drugs into a facility, officials said.

A federal grand jury in Ocala returned an indictment last week against Wayne Grant Jr., who’s charged with receipt of a bribe by a public official, according to court records. He faces up to 15 years in federal prison.

According to the indictment, Grant, 27, worked as a correctional officer at Coleman Federal Correctional Complex in Sumter County, west of Orlando. Grant agreed to smuggle methamphetamine into the prison for an inmate in exchange for money in December, prosecutors said. Federal authorities were notified, and Grant unwittingly began communicating with an undercover agent to complete the transaction, officials said.

Federal agents mailed approximately 70 grams of fake methamphetamine and $2000 in money orders to a post office where Grant could pick them up, officials said. Grant deposited the money orders into his bank account and smuggled the fake drugs into the prison during a regular shift in February.

It’s unclear whether Grant had an attorney who would comment on his behalf.

Survey: Even as schools reopen, many students learn remotely