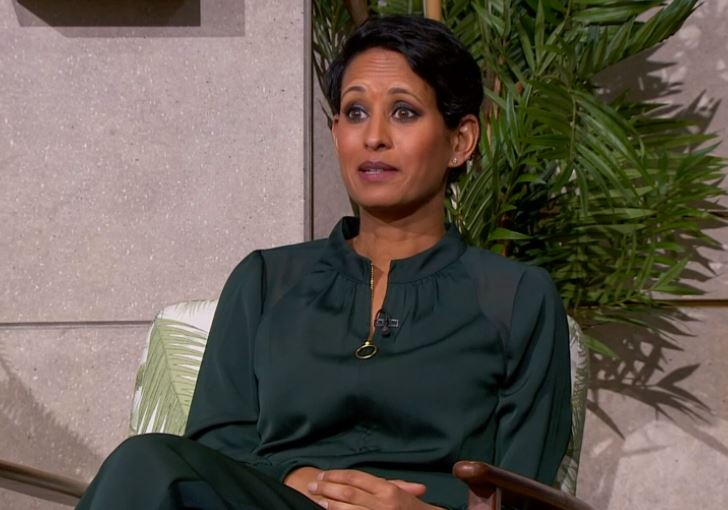 Many of the complaints were said to be targeted at Naga Munchetty (Picture: BBC)

The BBC reportedly spoke to the police about threats made against Naga Munchetty following the row over Housing Minister Robert Jenrick’s flag.

Naga and her BBC Breakfast co-host Charlie Stayt found themselves in hot water after joking about the government minister’s huge Union Flag when he appeared on the show last month.

As the interview came to an end, Charlie thanked Mr Jenrick for his time, before quipping: ‘I think your flag is not up to standard size government interview measurements.’

‘I think it’s just a little small, but that’s your department, really,’ the newsreader added, as Mr Jenrick smiled awkwardly.

Naga could be heard laughing in the background, before the camera panned back to the BBC Breakfast studio to show her covering her mouth while chuckling over what Charlie had just said.

While some fans found it hilarious, others weren’t impressed, with the BBC receiving complaints and Naga being forced to apologise on Twitter for liking ‘offensive’ tweets about the moment.

Private Eye has now reported that more than 6,000 complaints were filed with the BBC, with many of them targeted at Naga.

Care worker said ‘f**k you, old bat’ as she taunted pensioner with dementia

What is the Duke of Edinburgh Award and when was it founded?