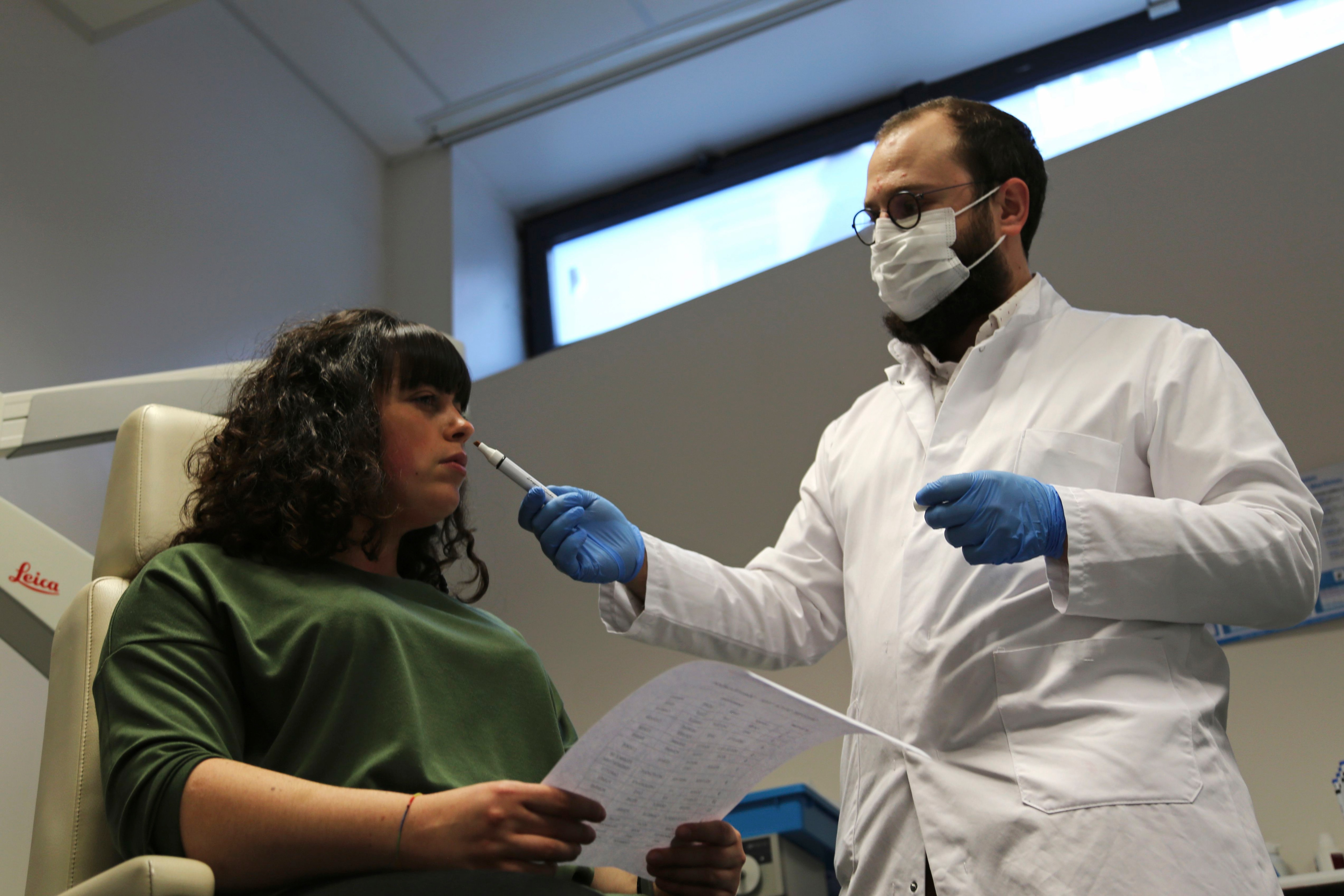 The doctor slid a miniature camera into the patient’s right nostril, making her whole nose glow red with its bright miniature light.

“Tickles a bit, eh?” he asked as he rummaged around her nasal passages, the discomfort causing tears to well in her eyes and roll down her cheeks.

The patient, Gabriella Forgione, wasn’t complaining. The 25-year-old pharmacy worker was happy to be prodded and poked at the hospital in Nice, in southern France, to advance her increasingly pressing quest to recover her sense of smell. Along with her sense of taste, it suddenly vanished when she fell ill with COVID-19 in November, and neither has returned.

Being deprived of the pleasures of food and the scents of things that she loves are proving tough on her body and mind. Shorn of odors both good and bad, Forgione is losing weight and self-confidence.

“Sometimes I ask myself, ’Do I stink?'” she confessed. “Normally, I wear perfume and like for things to smell nice. Not being able to smell bothers me greatly.”

A year into the coronavirus pandemic, doctors and researchers are still striving to better understand and treat the accompanying epidemic of COVID-19-related anosmia — loss of smell — draining much of the joy of life from an increasing number of sensorially frustrated longer-term sufferers like Forgione.

Even specialist doctors say there is much about the condition they still don’t know and they are learning as they go along in their diagnoses and treatments. Impairment and alteration of smell have become so common with COVID-19 that some researchers suggest that cheap, simple odor tests could be used to track coronavirus infections in countries with few laboratories.

For most people, the olfactory problems are temporary, often improving on their own in weeks. But a small minority are complaining of persistent dysfunction long after other COVID-19 symptoms have disappeared. Some have reported continued total or partial loss of smell six months after infection. The longest, some doctors say, are now approaching a full year.

Researchers working on the vexing disability say they are optimistic that most will eventually recover but some will not. Some doctors are concerned that growing numbers of smell-deprived patients, many of them young, could be more prone to depression and other difficulties and weigh on already strained health systems.

“They are losing color in their lives,” said Dr. Thomas Hummel, who heads the smell and taste outpatients clinic at University Hospital in Dresden, Germany.

“These people will survive and they’ll be successful in their lives, in their professions,” Hummel added. “But their lives will be much poorer.”

At the Face and Neck University Institute in Nice, Dr. Clair Vandersteen wafted tube after tube of odors under Forgione’s nose after he had rooted around in her nostrils with his camera.

“Do you perceive any smell? Nothing? Zero? OK,” he asked, as she repeatedly and apologetically responded with negatives.

Only the last tube provoked an unequivocal reaction.

“You need an enormous amount of …read more

Friday to be Weather Authority Alert Day due to inconvenient, chilly rain