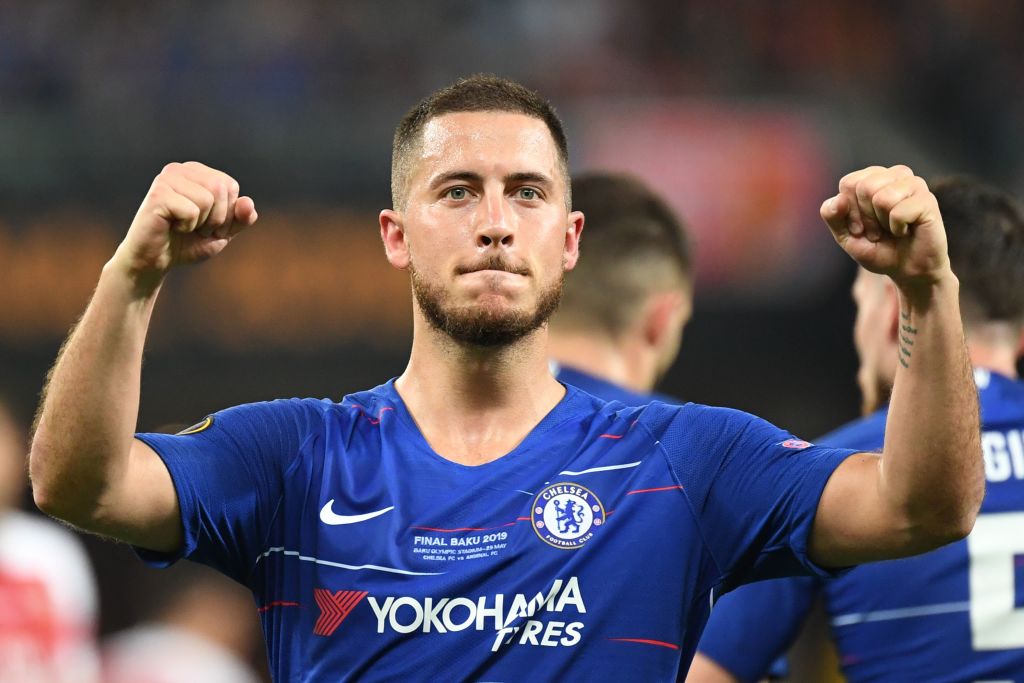 Eden Hazard had a unique way to prepare for games at Chelsea (Picture: AFP via Getty Images)

Filipe Luis was only at Stamford Bridge for the 2014-15 season, but remembers well how Hazard behaved before games and in training because it came as something as a shock.

For a player that Luis rates incredibly highly, the Belgian seemed to put in very little effort and perhaps his lack of ambition has cost him going even further in the game.

‘Eden along with Neymar are the best players I have ever played alongside – up there with Messi, Filipe Luis told the Mail.

‘He didn’t train well, five minutes before the game he would be playing Mario Kart in the dressing room.

‘He would warm-up without tying his bootlaces up. But then no one could take the ball off of him. He would dribble past three or four players and win games on his own.

‘Hazard has so much talent. Perhaps he lacks a little bit of ambition to say, ‘I am going to be the best player in the world’. Because he could be.’

Hazard left Chelsea for Real Madrid in 2019 for a fee of around £103m but things have not gone to plan for him in the Spanish capital.

He has continually struggled for fitness since leaving London and has scored just four goals in 35 appearances for Zinedine Zidane’s side since the huge transfer.

Tom Grennan and Ella Henderson hook up for one-hit stand