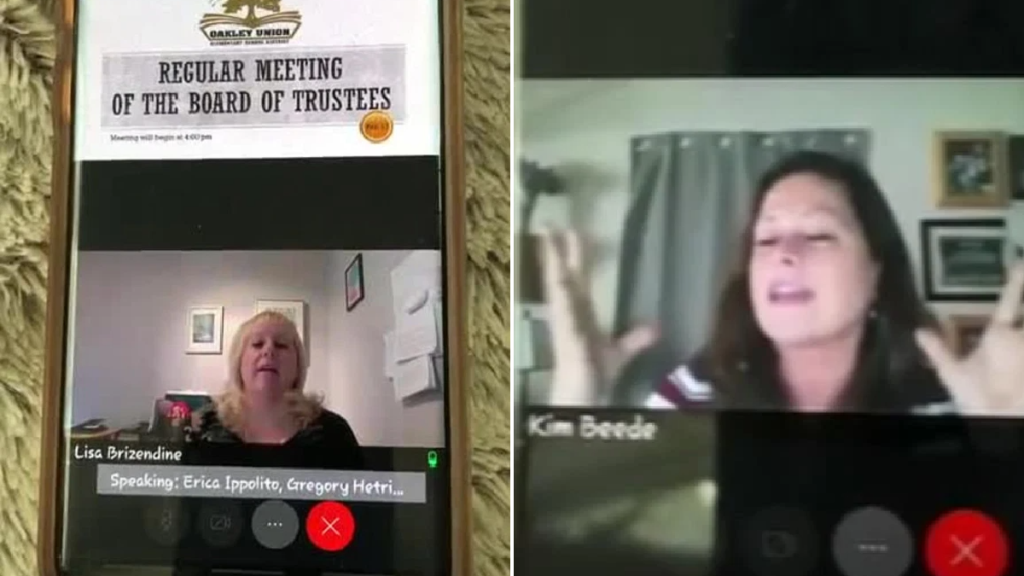 Every member of a school board has resigned after being caught mocking and criticizing parents during a public virtual meeting they thought was private.

Lisa Brizendine, president of the Oakley Union Elementary School District in California, resigned on Friday along with members Kim Beede, Erica Ippolito and Richie Masadas, after they all laid into parents of children at the district’s schools.

The meeting, held last week, was called to discuss the reopening of schools amid the Covid pandemic.

But during the publicly streamed meeting – which was unbeknown to members – officials said that parents treated teachers as their ‘personal babysitters’ and they only wanted classrooms to re-open so they could smoke pot ‘uninterrupted’.

Schools superintendent Greg Hetrick described the comments as ‘truly inappropriate’ as he issued an apology on Thursday.

The district, which serves about 5,000 students, has been conducting remote learning since last March due to the pandemic.

He said: ‘Last night at the Oakley Union Elementary School District Regular Board Meeting there were unfortunate and truly inappropriate comments made that were heard by many.

‘These comments are not typical and more importantly they are not what the community should expect from our school district.

‘The comments made were not in alignment with our Vision and are definitely not what any of us stand for as leaders.’

Hetrick added that the board’s comments led to a loss of ‘trust with the community’.

He said: ‘I will not make excuses for what happened or why it happened. I am the superintendent. I am responsible and accountable and I am truly sorry for what took place.’

Before the meeting began on Wednesday evening, several of the board members seemed to believe that no parents were on the call and proceeded to make inappropriate jokes about them.

‘Are we alone?’ board member Kim Beede asked her colleagues, according to a video of the meeting which has been posted to YouTube.

When the other members replied that they were alone, Beede appeared to threaten parents who had written letters about school re-openings.

Her colleague, Brizendine then implied that some parents think of teachers as their personal babysitters.

‘They don’t know what goes on behind the scenes. It’s really unfortunate they want to pick on us. They want their babysitters back,’ she said.

Lisa Brizendine, school board president, resigned on Friday along with the rest of the board members (Picture: YouTube)

During the conversation, a third board member, Richie Masadas, made allegations that parents wanted their kids back in the classroom so they could take drugs.

He can be heard saying: ‘My brother had a delivery service for medical marijuana and he delivered to parents while their kids were at school’.

Angry parents who have seen the footage set up a petition calling for the school board to ‘resign immediately or be recalled’.

The board’s resignations followed the next day.

The petition said: ‘Parents were tuned in to learn if we …read more