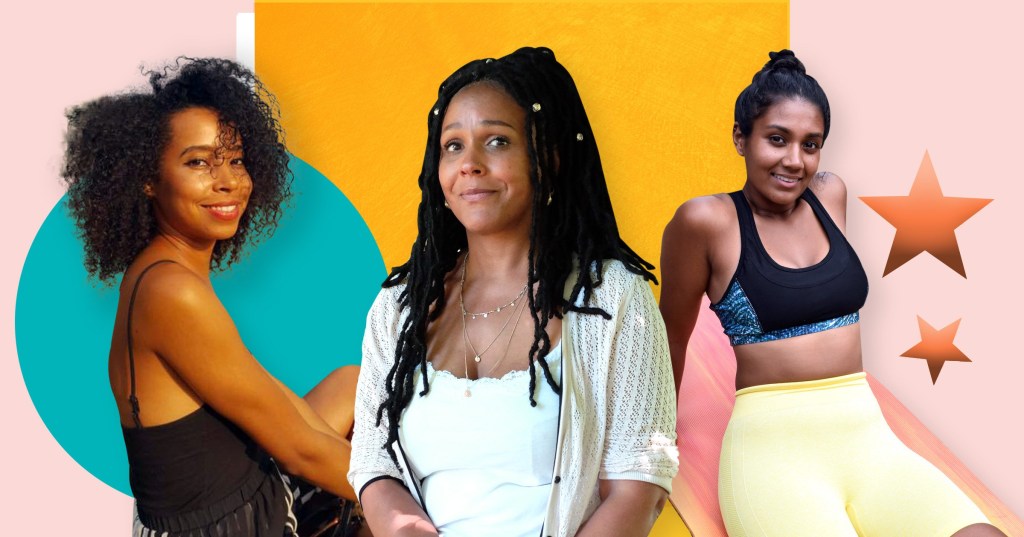 Media and advertising has reinforced that there is only one way to be beautiful (Pictures: Metro.co.uk/handouts)

For years, women in the UK have been bombarded with the message that thin, able-bodied, white women with European-looking features are the epitome of beauty.

Women of colour, who don’t typically fit society’s narrow definition of beauty based on Eurocentric ideals, are consistently excluded from narratives about what is beautiful. Inevitably, this can have a detrimental impact on their self-worth and self-image.

‘It’s impossible not to internalise these standards and somehow consciously or unconsciously try to live up to them,’ says psychologist Susan Cousins.

Growing up as a South Asian girl in Bristol in predominantly white surroundings, I desperately wished I looked like my blonde-haired, blue-eyed school friends. As I entered my teens, I grew to resent my Indian features; I was ashamed of my hairy arms, I obsessively plucked my bushy eyebrows and I couldn’t stand my prominent nose.

At university, I was often told I was ‘pretty for a brown girl’, or I didn’t look ‘too Indian’, as if that was a compliment. I even recall overhearing boys saying they couldn’t possibly fancy me because they ‘just don’t find Asian girls attractive’.

Derogatory remarks aside, it’s no surprise that I, along with so many other women and girls of colour, feel like we don’t measure up. Flick through any mainstream magazine and it’s clear that by society’s standards, being beautiful means being white.

Although diverse representation has improved over the years, a 2018 Guardian investigation revealed that this problem is far from solved. The study found that out of 214 covers published by the 19 bestselling glossy magazines in 2017, just 20 featured a person of colour.

And we don’t fare much better in marketing and advertising campaigns either. According to research by Lloyds Banking Group, three out of five ads feature an all-white or majority-white cast. And where there is diversity in advertising, there is often a significant backlash – people threatened to boycott Sainsbury’s after their Christmas ad showed a Black family.

Why is it so important to see yourself reflected in the mainstream beauty narrative?

‘Several’ people in custody after man killed in Aurora shooting

‘We’re constantly looking for representations of who we are and if we don’t see that then we automatically perceive ourselves as “other”’, says psychologist Dr Tina Mistry.

‘We tend to think in binary terms, so if we’re fed the message that to be white is to be beautiful, then we think of ourselves as the opposite. What’s the opposite of beautiful? It’s ugly,’ she explains.

While there has been a global push to improve diversity and representation, there is still a long way to go.

Even now, when Black and brown women do appear in magazines, ads and TV programmes, they tend to have light skin, straight hair and anglicised features, thus perpetuating Eurocentric beauty standards.

Sure, big bums, strong thighs and voluptuous lips are en vogue now, but only because the likes of the Kardashians made them so. Many women of colour, particularly Black women, have always looked like this, but …read more

Could Kate Chastain really return to Below Deck? Yes, but she has one condition

Who is Moth on The Masked Dancer USA? All the clues you need to know

Icing out the ducks: Aaron Yetter’s final blog of the season off the aerial waterfowl surveys