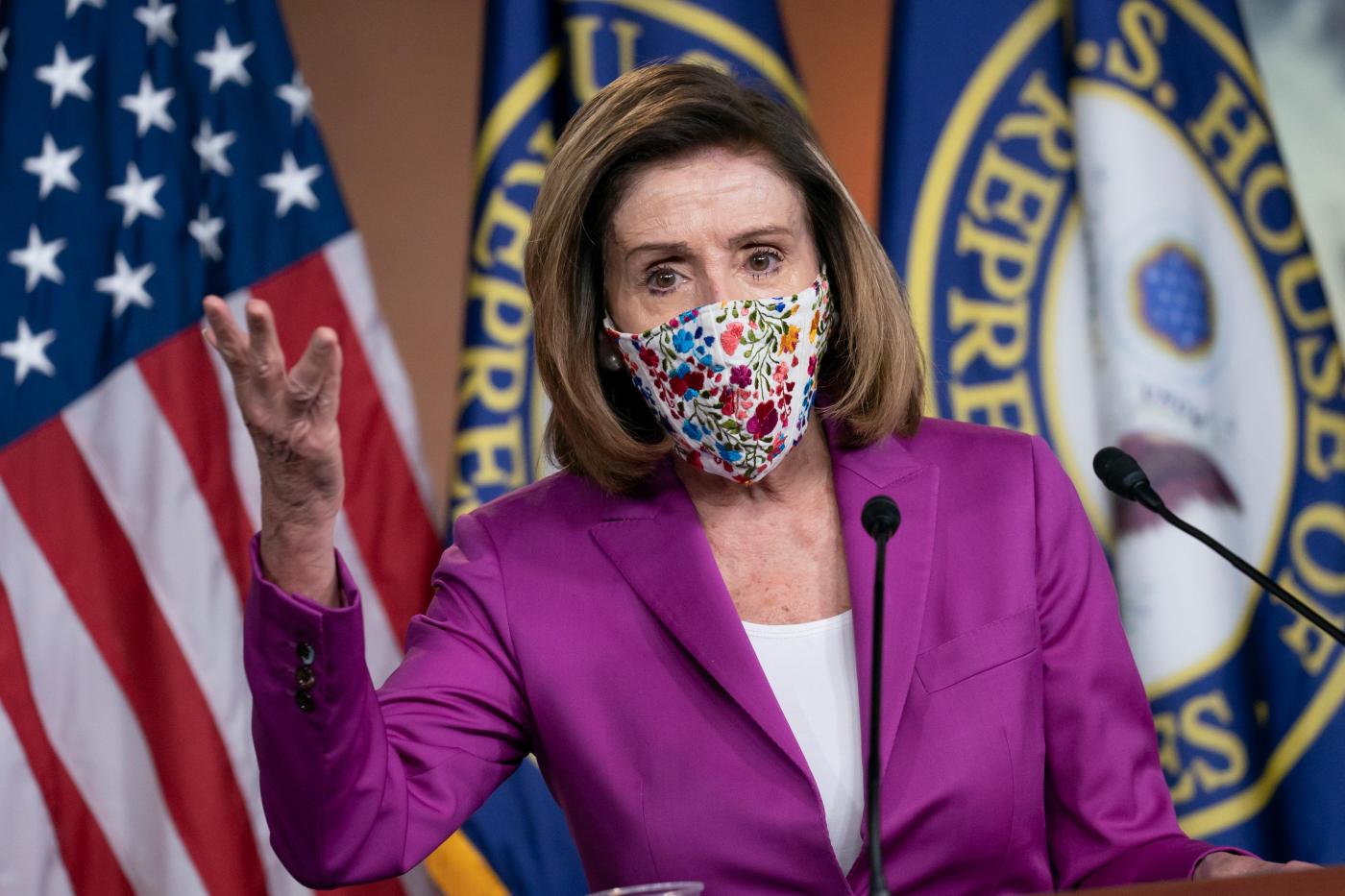 WASHINGTON (AP) — Momentum built among Democrats on Saturday for a fresh and fast push to impeach President Donald Trump, even as the House speaker accused his backers who violently invaded the Capitol of choosing “their whiteness over democracy.”

Nancy Pelosi’s remark came as Rep. David Cicilline, D-R.I., one of the chief sponsors of draft impeachment articles accusing Trump of inciting insurrection, said at midday that his group’s draft had collected 176 co-sponsors. The lawmakers plan to formally introduced the proposal Monday, with a vote possible by Wednesday.

Pelosi, addressing her hometown San Francisco constituents during an online video conference, shed no fresh light on Democrats’ plans. Her party seems intent on pressing ahead against Trump, even though there is virtually no chance the Republican-led Senate will act to remove him before his term ends Jan. 20.

“Justice will be done. Democracy will prevail. And America will be healed. But it is a decision that we have to make,” Pelosi said.

A largely white throng of Trump supporters broke through police lines and rampaged through the Capitol on Wednesday, forcing lawmakers to scatter as they put the final, formal touches on Democrat Joe Biden’s Electoral College victory over Trump. The crowd surged to the Capitol after being urged by Trump to march there in force during remarks in which he repeated his bogus claim that his election defeat was fraudulent.

“It has been an epiphany for the world to see that there are people in our country led by this president, for the moment, who have chosen their whiteness over democracy,” Pelosi said of Wednesday’s attack, during which five people died.

She added: “This cannot be exaggerated. The complicity, not only the complicity, the instigation of the president of United States, must and will be addressed.”

No. 4 House Democratic leader Hakeem Jeffries, D-N.Y., reiterated his support for moving against what he called “an act of sedition that was incited and encouraged by Donald Trump.”

Two Cops, Including a Trained Sniper, Arrested for Taking Part in Capitol Insurrection

At a news conference in New York, Jeffries added, “He should be impeached, convicted and thrown out of 1600 Pennsylvania Avenue and forever banished to the dustbin of history.”

The outrage over the attack and Trump’s role in it capped a divisive, chaotic presidency like few others in the nation’s history. With less than two weeks until he’s gone, Democrats want him out — now — and he has few defenders speaking up for him in his own Republican Party.

Sen. Lisa Murkowski, R-Alaska, told the Anchorage Daily News on Friday that Trump simply “needs to get out.”

Trump has been holing up at the White House, abandoned by many aides, top Republicans and Cabinet members. After refusing to concede defeat in the November election, he has now promised a smooth transfer of power when Biden is sworn in. But even so, he says he will not attend the inauguration — the first such presidential snub since just after the Civil War.

In Congress, where many have watched and reeled as the president spent four years breaking norms and …read more

As dust settles on chaos in D.C., accounting begins in Southern California