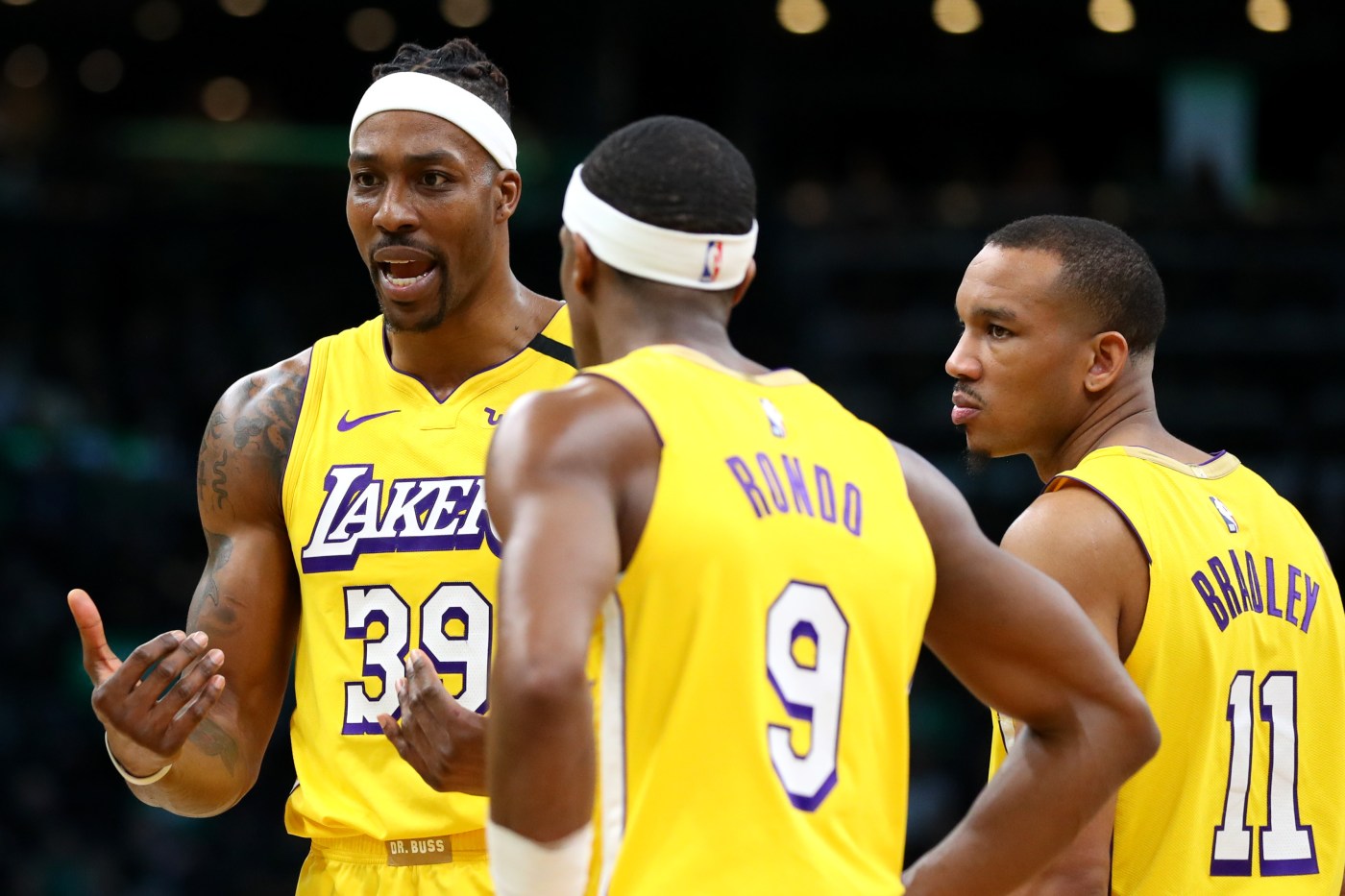 The Lakers have turned over nearly their entire backcourt one day into free agency as two more key players announced they won’t return.

Avery Bradley signed a two-year deal with the Miami Heat, which the Associated Press reported would have a second-year team option. Rajon Rondo announced on his Instagram account he would be going elsewhere after two seasons with the Lakers, although that destination was not settled as of midday Saturday.

Bradley was the only Laker who didn’t travel to Disney World for the restart, and thus didn’t play against the Heat in the Finals. The Athletic reported that Jimmy Butler helped recruit the 6-foot-3 veteran guard to South Beach.

The signs of both departures cropped up before free agency. Bradley declined his second-year player option with the Lakers earlier this week, reportedly in search of a second season. By trading for Dennis Schrӧder, who has often been compared to Rondo, the Lakers signaled they were preparing to move on from the 34-year-old veteran.

Losing both takes away key role players from last season’s West-leading campaign and adds pressure for the Lakers to bring back Kentavious Caldwell-Pope, who opted out of his $8.5 million for next season and is looking for a raise.

Bradley started 44 games for the Lakers last year, averaging 8.6 points and guarding opposing lead ball-handlers most nights. He was often singled out by coach Frank Vogel as the tone-setter for the defense, picking up opponents full court when the Lakers needed a jolt.

But as Bradley became the only Laker to not travel to Florida for the championship run, that’s when Rondo – a divisive figure among fans during his two years in L.A. – became critical.

Returning from a thumb fracture he suffered in July, Rondo averaged 8.9 points, 6.6 assists and 1.4 steals per game from the second round on. Pivotal games against Houston, Denver and Miami helped boost the Lakers and revamp Rondo’s reputation as a postseason performer. In the clinching Game 6, he scored 19 points on 8-for-11 shooting.

“To the fans…thank you for welcoming me with open arms from Day 1 and showing me love,” Rondo wrote on his Instragram post. “Being apart of #LakeShow was something special and I’m proud we brought it back to you!

The New York Times reported that Atlanta and the Clippers are jockeying to sign Rondo for next season.

I thought I was well-prepared for homeownership, but I never saw 2 costly surprises coming my way

New York fraud investigations into Trump have expanded to include consulting fee write-offs, some of which appeared to be paid to Ivanka Trump