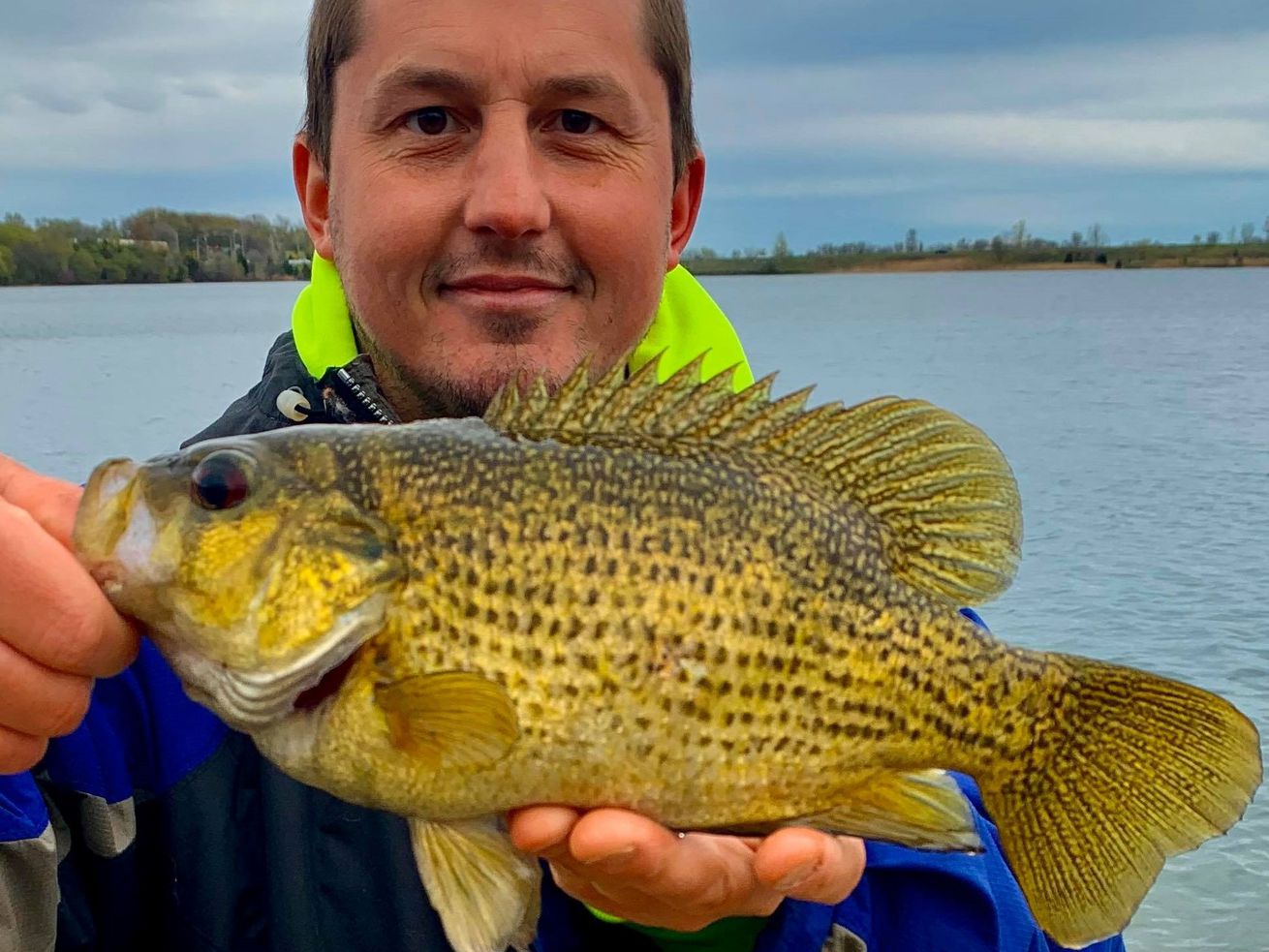 Jonny Pitelka caught three personal-best fish in a row May 4 from shore at Three Oaks Recreation.

“All fish were caught off a weighted slip bobber and worm,” Pitelka messaged. “It was overcast skies for the most part.”

My memory was right. George Nielson caught Illinois’ record rock bass (1-10) on May 5, 1987, from Aux Sable Creek in Grundy County.

So Pitelka caught and released a potential record-tying rock bass.

Here’s the deal. Three Oaks, which Crystal Lake reclaimed from the Vulcan Lakes quarry, is one of the top public fishing spots around Chicago. It is also catch-and-release.

To be an Illinois-record fish caught by hook and line, a fish must be fairly caught, weighed on a certified scale witnessed by two people and verified by a biologist.

I immediately thought of Matt Bach.

On May 9, 2017, Bach caught a rock bass at Three Oaks that would have beaten Nielson’s record. Click here for that story.

Bach was in a rowboat fishing for smallmouth bass with a 3.8-inch Keitech swimbait on a quarter-ounce orange swimbait head.

He measured it at 12.5 inches with a width of 5 inches. On a Berkley Big Game Lip Grip digital scale, it weighed 1-14. He recorded everything on video and with his iPhone 7. But, he did not get any witnesses before releasing his fish.

Atlanta is home to 2 potential contenders for Biden's VP

Just in case, he contacted the Illinois Department of Natural Resources. But biologist Andy Plauck made the correct call and could not verify it as an Illinois record. Nielson’s record still stands.

Here’s where it gets interesting. Bach knew he had a potential state record. Pitelka did not until I told him.

That’s especially noteworthy because Pitelka was there for one of the most famous Illinois records.

On the night of Oct. 14, 2019, Pitelka was fishing with Myles Cooke and Joe Capilupo for smallmouth bass at Monroe Harbor When Capilupo caught the Illinois-record smallmouth (7 pounds, 3 ounces). Click here for that story.

Some people know the right spots.

“We went to Three Oaks about 15 times last year but almost everything from boat,” Pitelka said. “I haven’t really ever caught much shore fishing. My other fiends usually do.”

For info on Three Oaks, go to crystallake.org/three-oaks-recreation. Crystal Lake residents with a city sticker get in free; parking is $5 for others.

ILLINOIS HUNTING: The final turkey season in the north zone ends Thursday. I’m curious to see how the harvest numbers shake out with IDNR sites closed the entire season.

WILD THINGS: Back-yard observations of wild animals and birds keep rolling. I hope that keeps on when some semblance of normalcy trickles back.