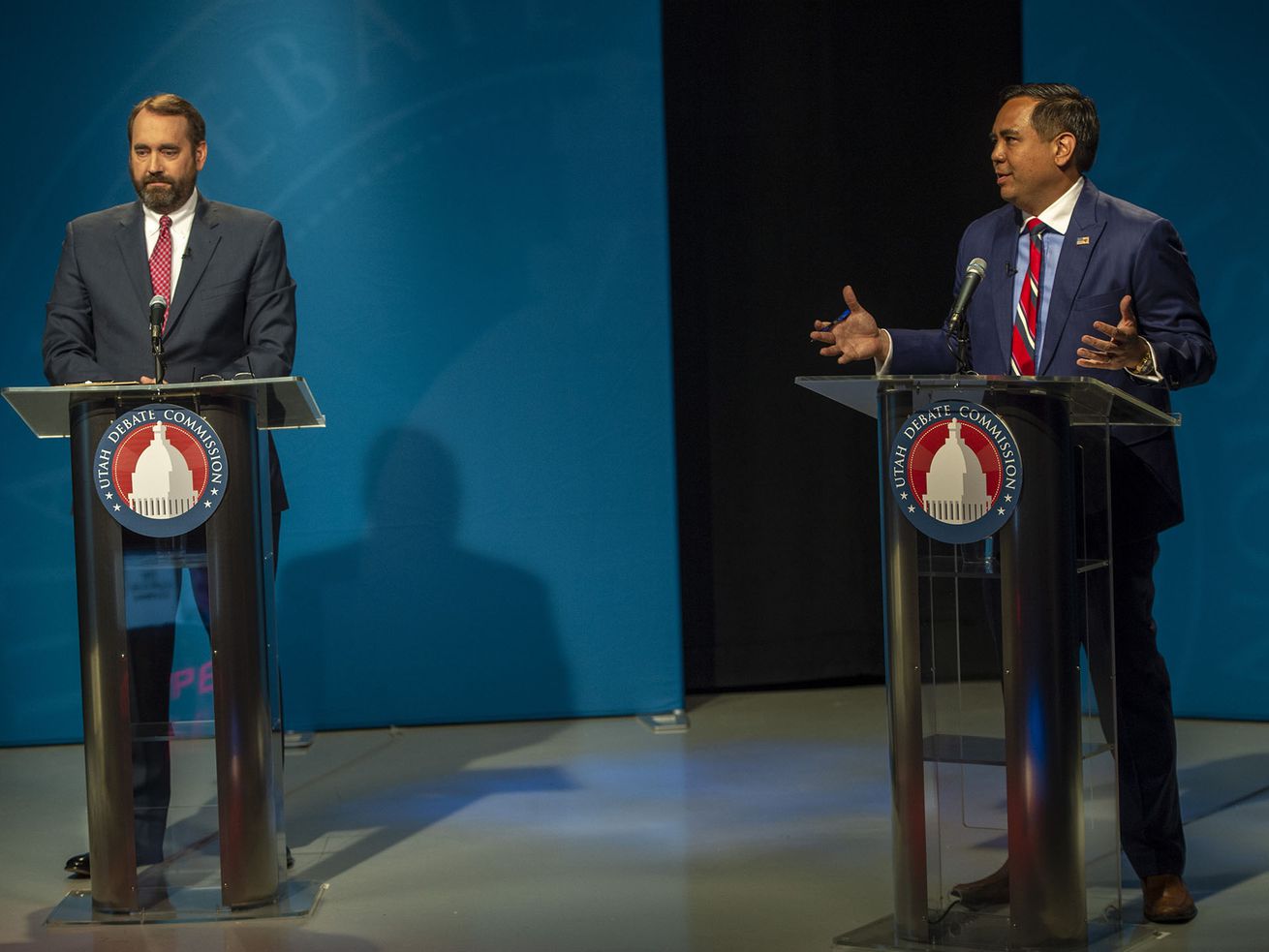 “These are early results but we are very pleased with these numbers. We hope to increase our lead over the coming days,” Reyes said.

“It is an honor as attorney general to stand watch over and defend Utah. I look forward to continuing my momentum into a November re-election victory so I can continue to serve and protect all Utahns.”

The race between Reyes and Leavitt turned into a slugfest during a debate in early June when both candidates took off the gloves, and that continued through Election Day.

Leavitt, the brother of former Utah Gov. Mike Leavitt, centered his campaign on criminal justice reform and ethics, hitting Reyes especially hard over what he says is a “for sale” sign on his office. Leavitt, who financed his campaign out of his own pocket and with donations from family, said Reyes is beholden to the Republican Attorneys General Association and others who have pumped hundreds of thousands of dollars into his campaign.

Reyes said there are no allegations that any decision he has made to investigate or not to investigate or prosecute a case was influenced by a campaign contribution. He said his donors know they don’t get special treatment.

Over the past four years, Reyes said he has stood watch over the state protecting Utahns from child sex predators, street drugs, fraud, school violence and suicide, as well as safeguarding their private information from online hackers and cybercriminals. He said he wants to build on the successes he has had.

Reyes has a long list of endorsements, including from President Donald Trump, state legislators, city and county officials and other leaders.

Leavitt initiated new plea bargain and screening policies in Utah County in an effort to push more cases to trial, which he said is the proper venue for deciding a person’s guilt or innocence. Plea bargains, he said, have become tools used to bypass courts, sometimes at the expense of justice.

As attorney general, he said he would implement similar reforms statewide.

Leavitt said he has accomplished his goal of shining a light on the need for changes in the justice system whether he wins or loses the primary.