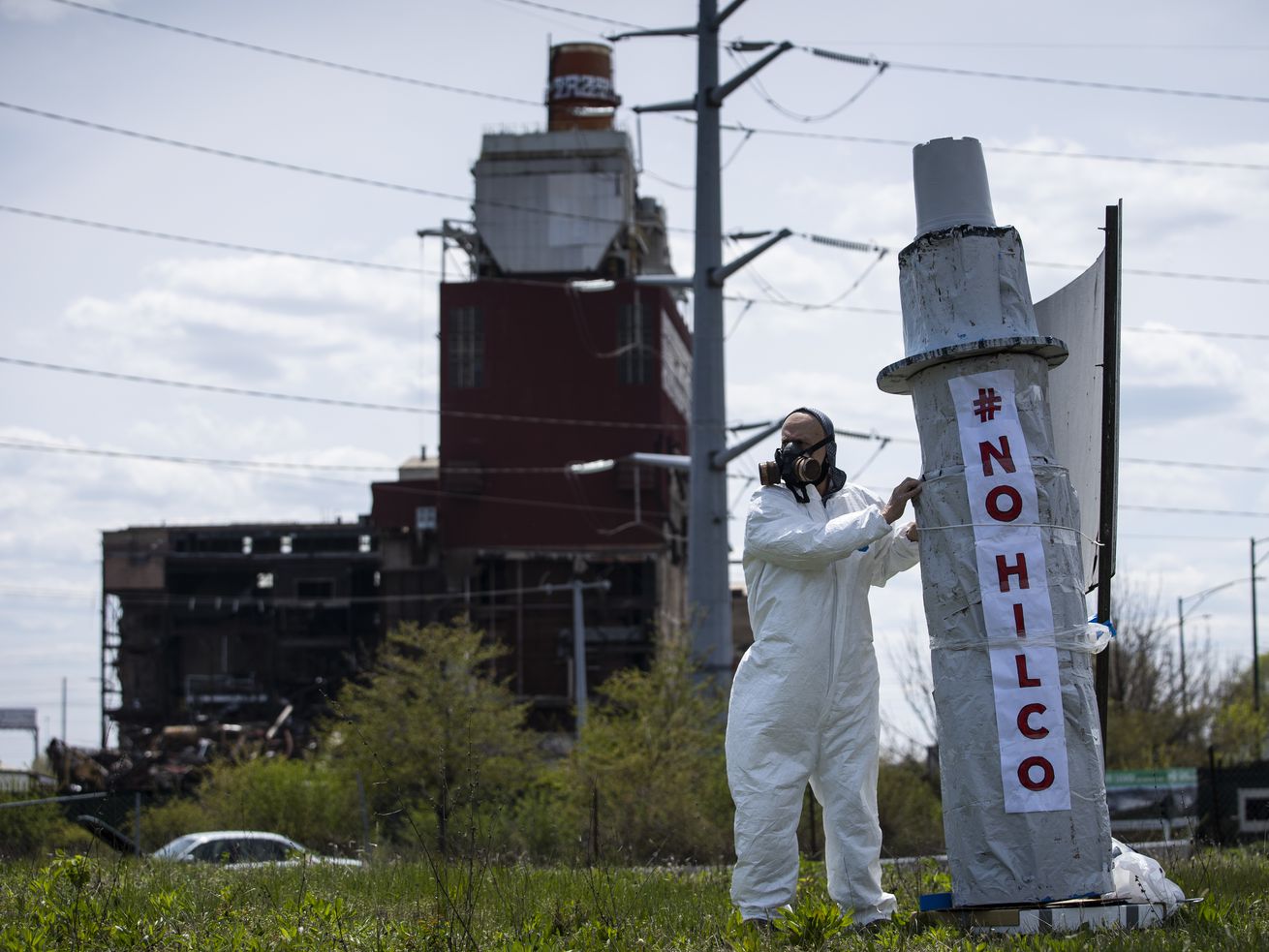 A man protests outside the site of the closed Crawford power plant near West 33rd Street and South Pulaski Road earlier this month. | Ashlee Rezin Garcia/Sun-Times

“I’m appalled that you keep lying to us and you think this town hall is enough,” said one speaker during the online Saturday meeting.

Public speakers at the town hall, held over Zoom, ripped officials for what they described as a lack of transparency and accountability.

“I’m appalled that you keep lying to us and you think this town hall is enough,” said Little Village resident Esmeralda Hernandez. “We know the real truth behind all this nonsense. You say that it’s a dangerous building, that it needs to come down. We know the true story is the timeline for this project to be completed is coming up and it has not been completed.”

Many residents of the Southwest Side neighborhood have been up in arms since the April 11 demolition at the shuttered plant sent a dust cloud floating through nearby blocks, sparking protests against Hilco Redevelopment Partners and Mayor Lori Lightfoot’s handling of the fiasco.

Chicago Public Health Cmmissioner Dr. Allison Arwady emphasized that tests of dust samples have shown no health risks to the community. Some residents, however, weren’t convinced.

“I want you to acknowledge the fact that your department was not prepared for the dust plume,” said Kim Wasserman, executive director of the Little Village Environmental Justice Organization. “Part of the reason why there’s only one dust sample was because the deputy commissioner was unprepared.”

“This building could be stabilized and retained and built new behind it as a symbol of Hilco’s commitment to the community, and then giving that space to the community to identify a reuse,” said Mary Lu Seidel of Preservation Chicago. “Turbine Hall is a significant historic structure…[and] we’ve seen much more unstable buildings stabilized and restored.”

Other residents bashed the city’s handling of the process, following a report by Block Club Chicago and the Better Government Association showing that city officials exchanged emails discussing potential risks in advance of the demolition but did not disclose those concerns publicly.

“If this is really about public safety, then why haven’t those email chains been addressed?” Valerie Coffman said. “Why hasn’t there been more transparency on the part of the city to take ownership and to make real change here? This is unacceptable.”

Last week, Lightfoot acknowledged her administration “should have done a better job” of communicating with Little Village residents but stood her ground on the need to safely bring down the turbine. She previously slapped Hilco with $68,000 in fines and vowed to overhaul a flawed city regulatory system that allowed …read more