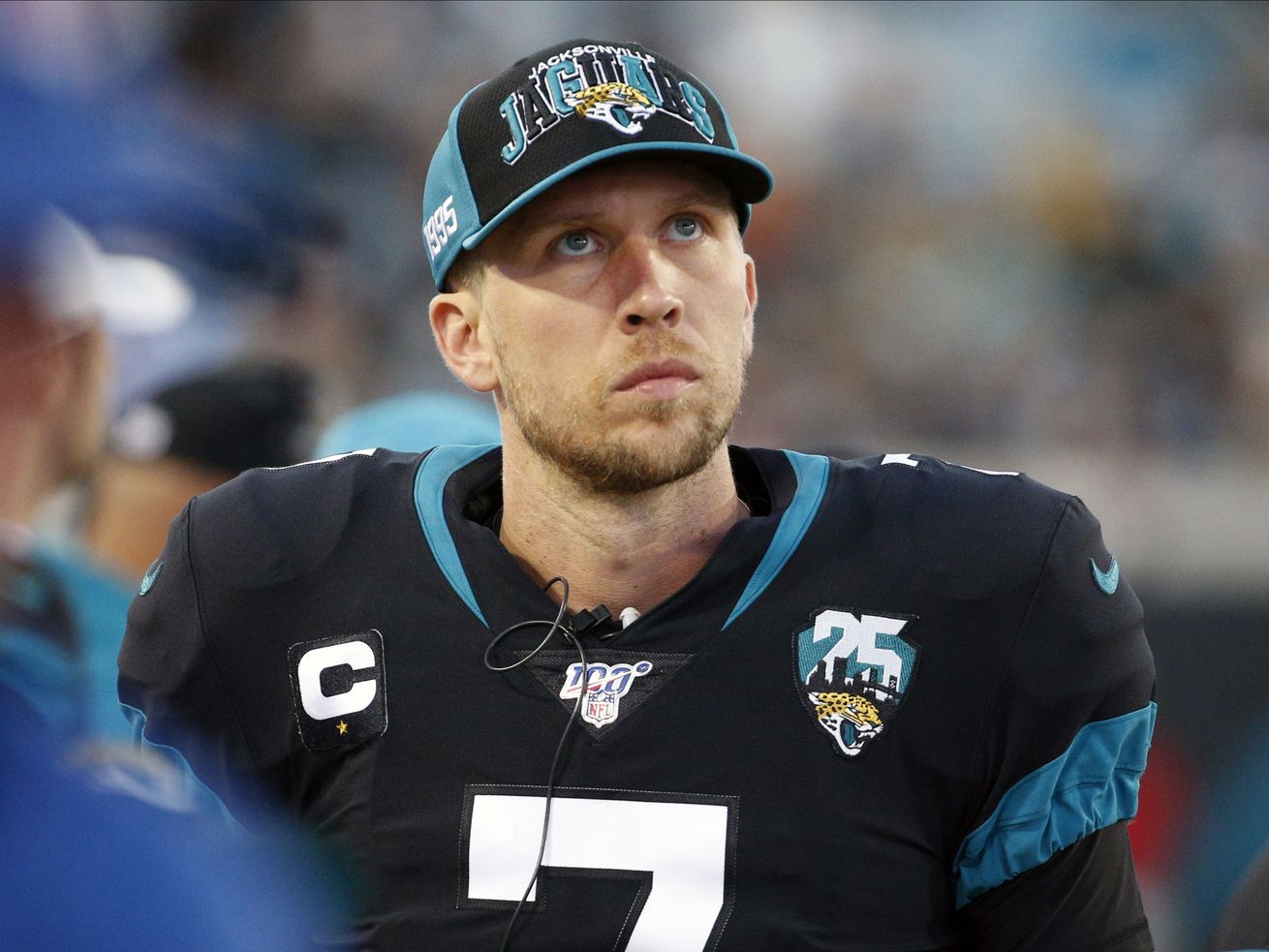 Foles had an 84.6 passer rating in four games for the Jaguars last season. The Bears traded a fourth-round pick to get him. | AP Photos

If the Bears are right about Foles, they’re in a much better place at quarterback than most people think. He could be a budget-friendly bridge to the next franchise QB, who likely would be ready to start by 2022.

If this works out, that is.

In an attempt to correct his blunder of trading up to draft quarterback Mitch Trubisky second overall in 2017, Pace might have found the perfect plan at quarterback.

It all hinges on newcomer Nick Foles. As long as he proves superior to Trubisky — even better if he proves, dare we dream, good — the Bears have an excellent path forward at the most important position on the field. They’re counting on Foles being their bridge to the future.

The essential question for the franchise is now clear: Does it have someone who can play reasonably well until the next franchise quarterback takes over in 2022? If Foles is the answer, the Bears have remarkably solid footing at a position that has troubled them for much of the last century.

The ideal outcome is to get two acceptable seasons out of Foles, let Trubisky leave next spring and pick the next quarterback in the first round of the 2021 draft.

That would mean the Bears get an immediate upgrade over Trubisky’s disastrous play last season, good use of the $21 million guaranteed to Foles over the next three seasons, a mentor in place for the first two years of the next quarterback’s career and they operate well below budget at the priciest position in the game.

There’s mutual optimism between Foles and the team that a reunion with coach Matt Nagy, an assistant coach for Foles in 2012 and ’16, will pay off.

“We knew there were going to be a lot of options at quarterback in this free-agency period, so we knew we would have an opportunity to increase competition there,” Pace said after bypassing Teddy Bridgewater, Marcus Mariota, Cam Newton and several others. “When we got to Nick . . . a talented player, and the fact that he’s played in some big games and performed well in those big games, that carries a lot of weight.

“Then you have a lot of people in our building that are comfortable with him as a person and his makeup, which made the decision easier. That all kind of came together to make him a target for us and someone we wanted to aggressively go get.”

Conversely, it’s a mess if Foles is a dud. Then the Bears likely would have to put the franchise tag on Trubisky and pay at least $35 million for two frustrating quarterbacks — Trubisky isn’t worth that massive salary-cap hit even at his best — in 2021. Only two teams, the Colts and Cowboys, are paying that much in 2020.

While much can change in the upcoming college …read more

5 things for Houstonians to know on Monday, May 11