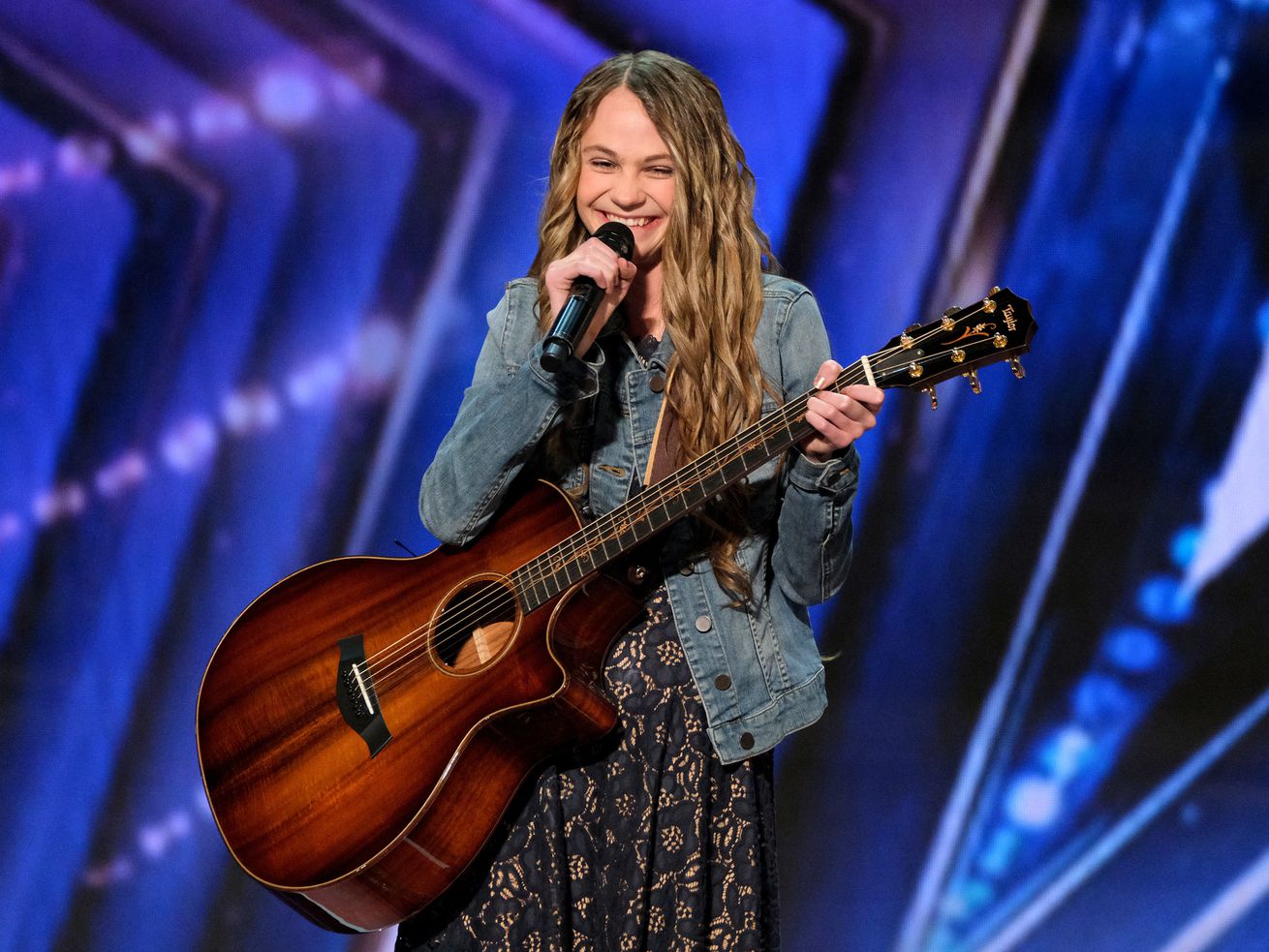 SALT LAKE CITY — She’s performed the national anthem for the Utah Jazz, Salt Lake Bees and Utah State University sporting events. She’s played two shows at the Days of ’47 Rodeo. Three years ago, she won a competition in the small town of Vernal.

Now, 15-year-old country singer Kenadi Dodds is about to reach an audience that extends far beyond her home state of Utah. Tonight, Kenadi’s audition for “America’s Got Talent” airs on national TV — a show 10 million people have watched each week.

The eighth grader is one of 14 contestants who will appear on Tuesday night’s episode, performing for judges Simon Cowell, Howie Mandel, Sofia Vergara and guest judge Eric Stonestreet, who stepped in for Heidi Klum because she was under the weather, according to Parade magazine.

Kenadi’s love for country music started as a toddler, when she would sing Shania Twain songs from her car seat, according to Cache Valley Daily.

“She would sing what words she could pick out then mix the rest with baby gibberish,” Kenadi’s mom, Brandi Dodds, told Cache Valley Daily. “She could sing the tune without missing a note.”

Kenadi saw Twain in concert when she was 9 years old and knew from that moment that’s what she wanted to do. Because both of her parents are visually impaired and don’t drive, Kenadi relied on extended family, neighbors and public transportation to get to voice lessons, according to Cache Valley Daily.

Now, Kenadi’s dream of being a famous country singer is becoming a little more possible, thanks to her upcoming appearance on “AGT.”

“I’m so excited my heart is fluttering,” Kenadi posted on Facebook Monday.