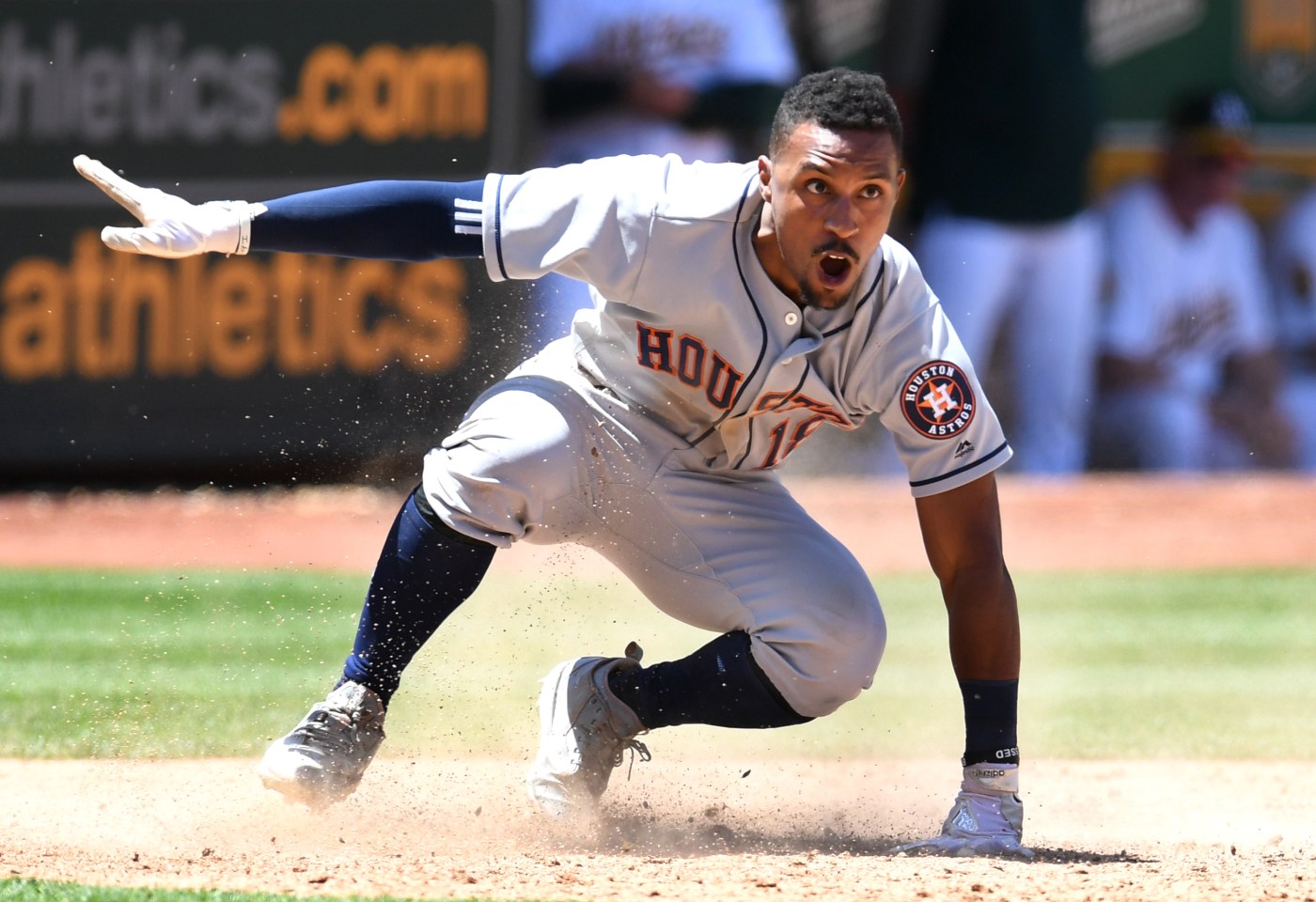 MESA, Ariz. — Tony Kemp isn’t one to make a grand entrance upon arrival to a new team. The 28-year-old new Oakland Athletic will take introductions slow, teammate by teammate.

But one Athletic took Kemp aside on his own. Pitcher Mike Fiers wanted to talk with his former Houston Astros teammate — a teammate he celebrated a 2017 World Series title with. They talked it out.

“I understand where he comes from,” Kemp said. “He’s my teammate now and teammate in Houston and nothing changes.”

Fiers, still mum on the fallout from his whistle blow, said Kemp is “a guy everyone is going to love,” but wouldn’t discuss the chat further.

Upon his arrival to Minute Maid Park, someone with the Astros approached him about the sign-stealing system. Kemp says he turned them down.

“In ‘17 that was my choice, I had four, five months under my belt in the big leagues and at the time I felt like I didn’t want to use it. I’m not going to sit here and say bad things about the guys that did it.”

Kemp added that he wasn’t sure how long “the deal” had been operating in Houston when he got there. But he wanted to keep his head down.

“It was one of those things that was out of my hands at that point, having four months in the big leagues,” he said. “Once it was going, I was asked if I wanted to use the system and I said no.”

Kemp noted that, in his time with Houston, the Astros were frequently most concerned with the A’s — always battling and always on their divisional tail. The infield pair already have a treasure of 4-3 reps banked from their time as teammates in the 2015 Futures Game.

“Olson’s always been a good dude. I think that he’s worked tremendously hard on his Gold …read more