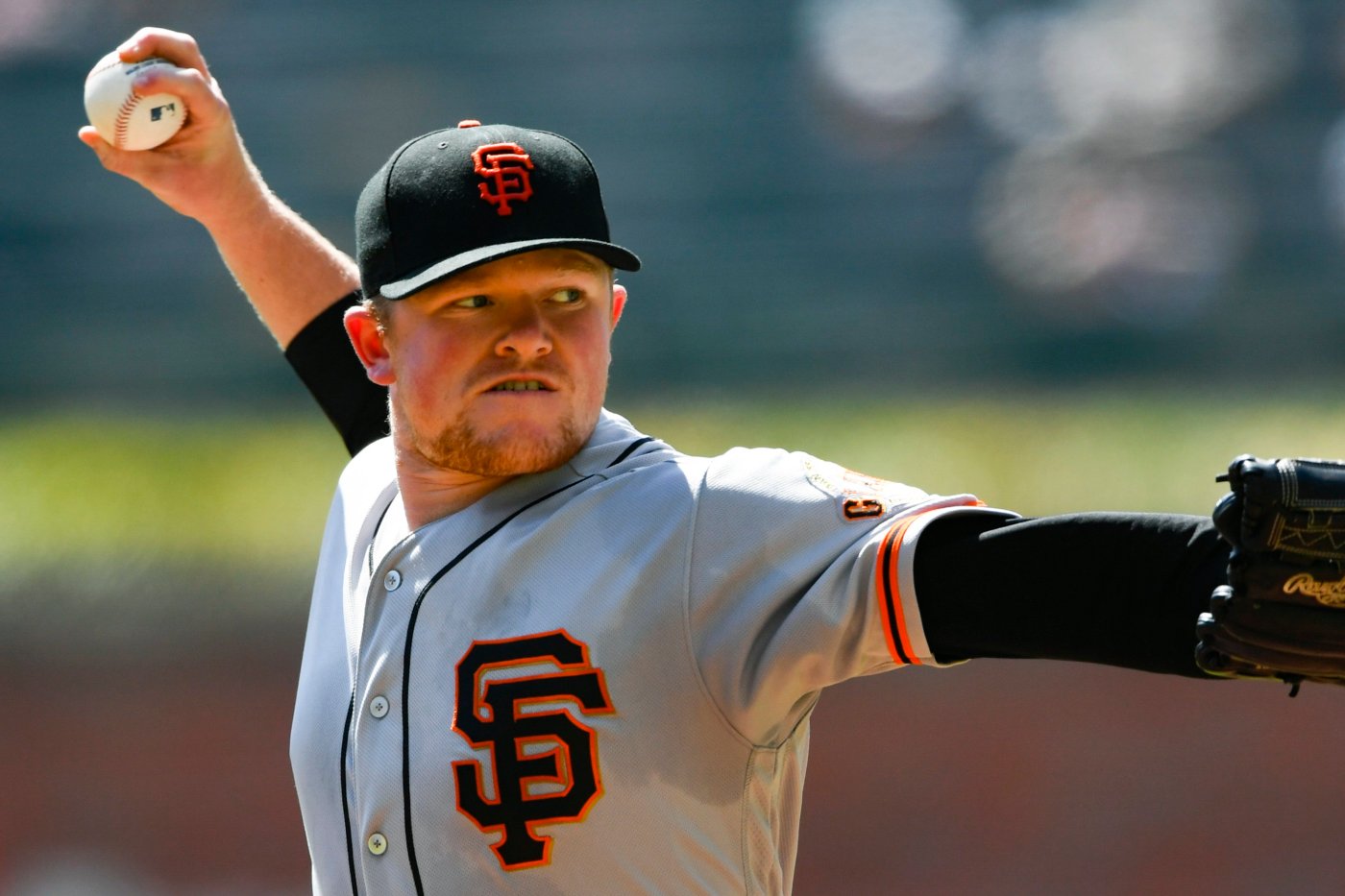 SCOTTSDALE, Ariz. — When Logan Webb made his major league debut last season, it was easy to see all the tools that made him the organization’s top pitching prospect.

At 22, Webb showcased a mid-90s fastball he could command on both sides of the plate, a sharp breaking ball and a polished changeup that fooled the likes of left-handed sluggers Cody Bellinger, Joc Pederson and Eric Hosmer.

Webb didn’t fare as well as he hoped last year, but he’ll enter this season with some new tools in his belt. The right-hander tinkered with his two-seam fastball and will mix in a cutter to keep hitters off balance.

“I had a grip change with my two-seam to kind of make it more effective,” Webb said. “I also added a cutter this year.”

With help from new director of pitching Brian Bannister and the Giants’ coordinator of pitching science Matt Daniels, he’s added to his repertoire to make his fastballs more effective. Instead of throwing four-seam and two-seam fastballs that have similar action, he now has three hard pitches that work off of one another.

When a right-handed batter steps to the plate against Webb this season, they could see a straight four-seam fastball, a two-seamer that runs in on their hands or a cutter that breaks toward the left-handed batter’s box.

“Bannister came in and he said with my arm slot, I have the perfect arm slot for this kind of two-seam and the cutter will work right off of that,” Webb said. “So I started messing around with it on flat grounds and it’s going really well.”

Webb also made another significant adjustment during the offseason. His curveball has been dropped from the toolbox in favor of a harder breaking ball, a slider.

“With my curveball, you guys called it a slider, but now it’s actually a slider,” Webb said with a laugh. “It actually is called like a ‘sweeper slider’ now. I’ve been working on that for awhile now.”

In 39 2/3 innings last season, Webb recorded 37 strikeouts but often struggled with command as he allowed 58 baserunners. It took a bit for Webb to settle in, but in his final two starts he allowed a combined three runs over 12 innings against two playoff teams, the Braves and Dodgers.

After gaining confidence against some of the league’s best hitters, Webb has even more reason to be optimistic because of the changes he made during the offseason. It’s unclear whether Webb, who is expected to be put on an innings limit in 2020, will be a member of the Opening Day rotation or start the season with Triple-A Sacramento, but it wouldn’t come as a surprise if he finished the year as one of the Giants’ best arms.

The 2014 fourth round draft pick has always had the potential to succeed in the major leagues. Now he has a more advanced mix of pitches to help him thrive.

“He knows everything about me:” On the relationships that tee up a breakout year for Sean Murphy