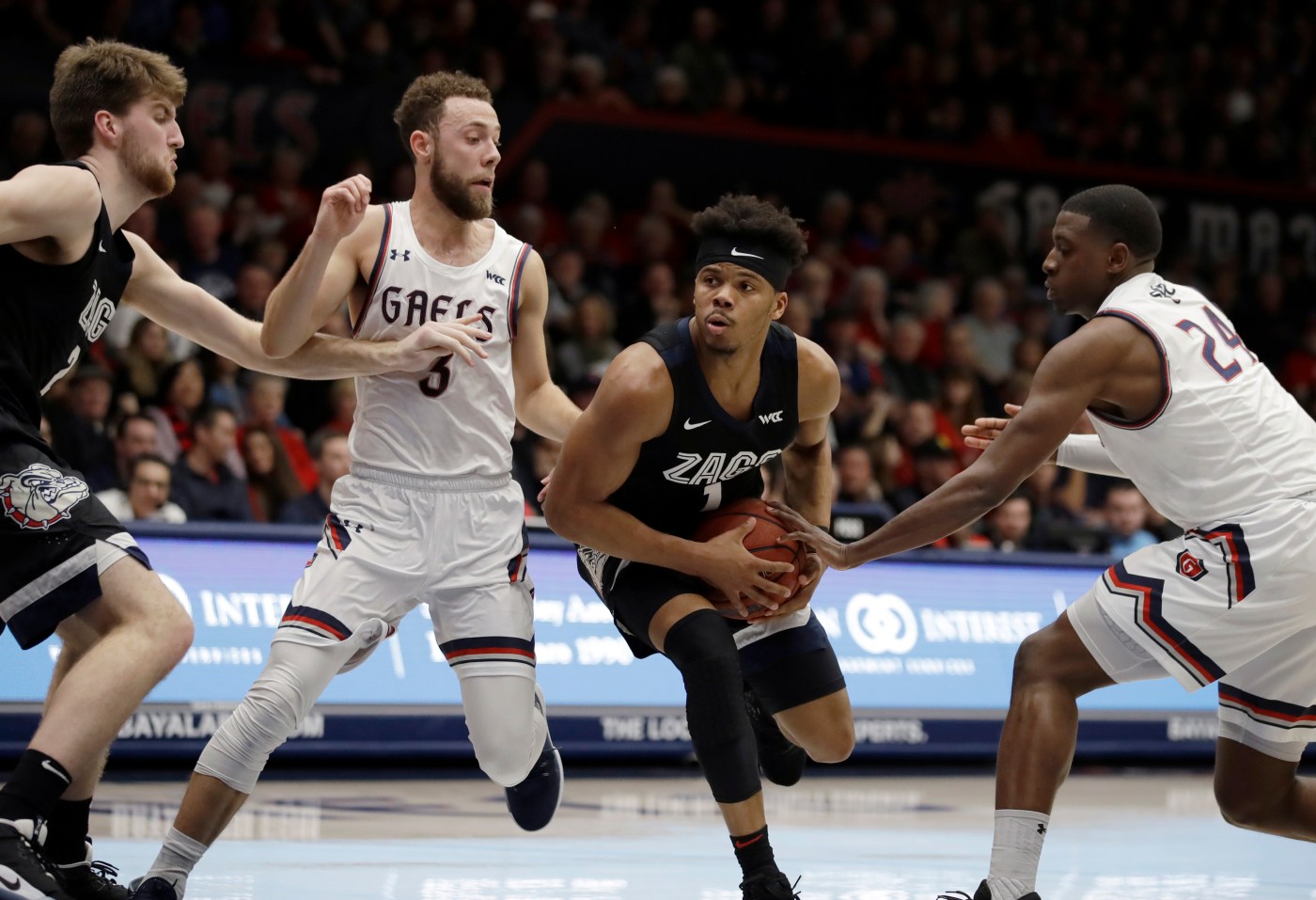 MORAGA — Second-ranked Gonzaga made 14 of its first 15 shots and gained a measure of revenge after losing to Saint Mary’s in the West Coast Conference tournament championship game last season, thrashing the Gaels 90-60 in front of a capacity crowd in Moraga on Saturday night.

“We want to go in their gym and make a statement,” sophomore big man Filip Petrusev said last week. “I don’t think they’ve played a team like us this year. I don’t think they can stop us if we play our best.”

Certainly the Zags’ three front-court players were at the top of their game. Freshman Drew Timme scored 20 points on 7 for 8 shooting from the field and 6 for 6 on free throws and grabbed 10 rebounds. Killian Tillie, back after missing two games with an ankle sprain, scored 19 points, and Petrusev had 18 points and 11 rebounds.

The Bulldogs (25-1, 11-0 WCC) won their 17th straight game and extended their streak to 38 straight victories in regular-season WCC games. Gonzaga’s run of 17 straight road wins is the longest in the nation.

Saint Mary’s (20-6, 7-4), which will face Gonzaga in Spokane, Washington, in the regular-season finale on Feb. 29, fell out of a second-place tie with BYU, which beat USF 90-76. The league’s second-place finisher earns a bye into the semifinals of the WCC tournament at Las Vegas.

WCC scoring leader Jordan Ford had 23 points for the Gaels, and Malik Fitts added 12 but was in foul trouble and played just six minutes in the second half.

Could Joe Thornton and Patrick Marleau be playing at home as Sharks for the final time Monday?

QB Shuffle: Derek Carr, Tom Brady aren’t going anywhere, but others will be