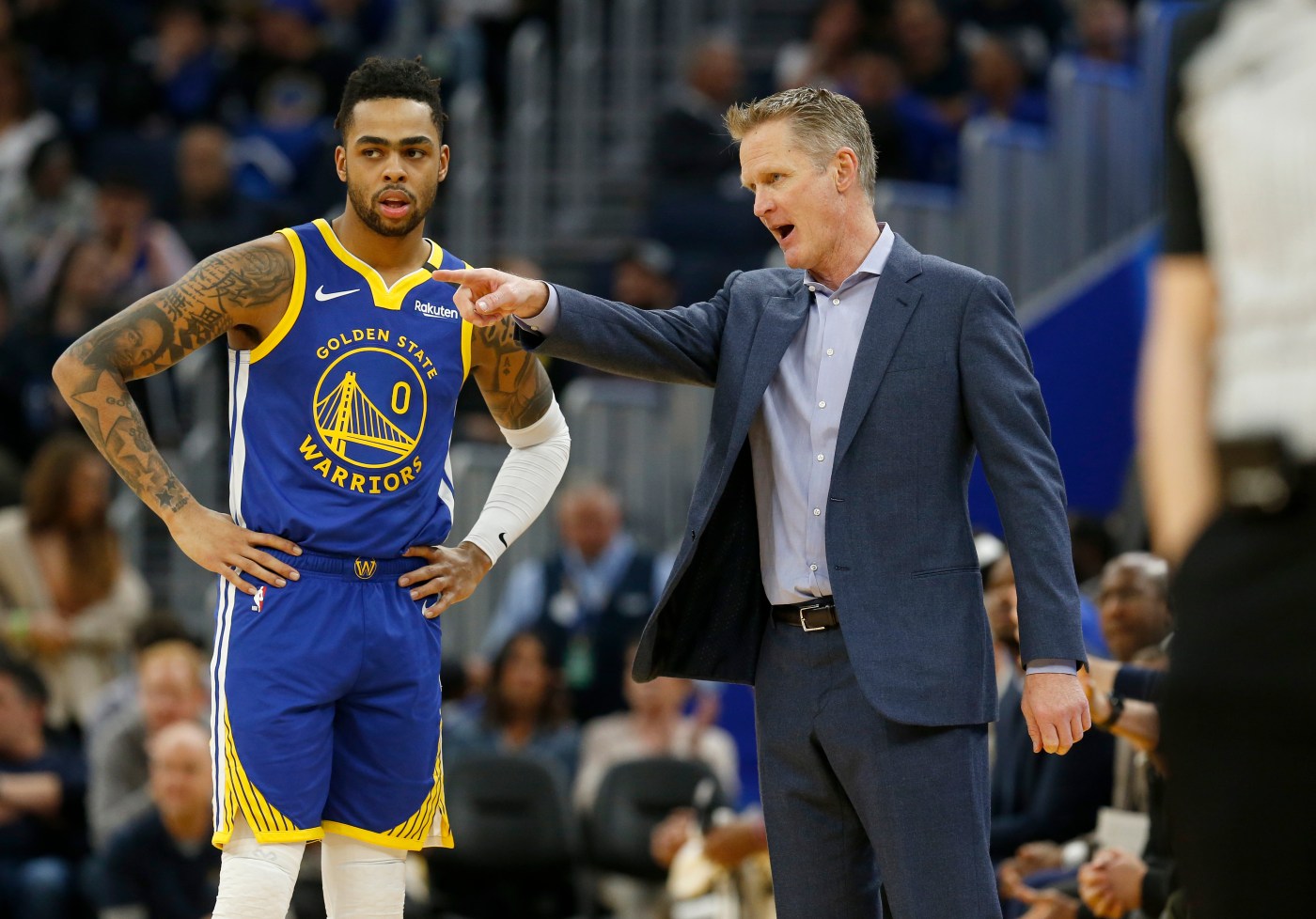 The Timberwolves are aggressively pursuing a four-team trade in which they would acquire multiple draft picks to flip to the Warriors in a deal for D’Angelo Russell, according to reports Tuesday.

While the Warriors have reportedly pushed back on suitors for Russell, according to ESPN the Timberwolves are engaged with the Rockets and Hawks in a proposed three-team deal to send Robert Covington to Houston, Clint Capela to Atlanta and possibly two first-round picks and an expiring contract to Minnesota.

Minnesota could then make it a four-team trade by dealing two first-round picks along with possibly Anthony Wiggins to the Warriors for Russell. Wiggins has an albatross of a contract — he signed a five-year, $147.7 million deal last year — but he’d probably be needed to match Russell’s contract. Wiggins’ value has spiked a bit with his continued play-making ability for a small forward and his renewed focus on defense this season.

ESPN’s Adrian Wojnarowski, though, also reported “there still remains a gulf to overcome” on the Warriors portion of the potential trade.

The Athletic reported the Warriors had executives Mike Dunleavy Jr. and Zaza Pachulia scouting the Timberwolves in Sacramento on Monday. But there’s no telling when or if the Warriors are ready to pull the trigger on Russell, whom they acquired in a sign-and-trade from Brooklyn in the off-season and signed to a max deal of four years and , $117 million deal. However, it stands to reason if Minnesota is pursuing draft pick assets, that’s probably what the Warriors indicated it would take in order to deal Russell.

Already armed with their own likely Top 5 pick, the Warriors could potentially use the two additional picks to deal for a veteran who’ll be available this coming summer.

It’s also possible the Warriors will simply continue their plan to see how Russell plays alongside Stephen Curry, who is expected to return from his broken hand at some point in March, before making any decision on his future.

3 takeaways from the Warriors’ second-straight win

Warriors’ offense surges in 125-117 win over the Wizards

For his part, Russell is trying not to let the trade talk bother him ahead of Thursday’s noon trade deadline. He understands the business — he’s just 23 and he’s already been traded twice in his career.

“I’m comfortable being uncomfortable in my profession,” Russell told reporters after …read more

Andre Iguodala’s favorite moment as a Warrior is quite telling