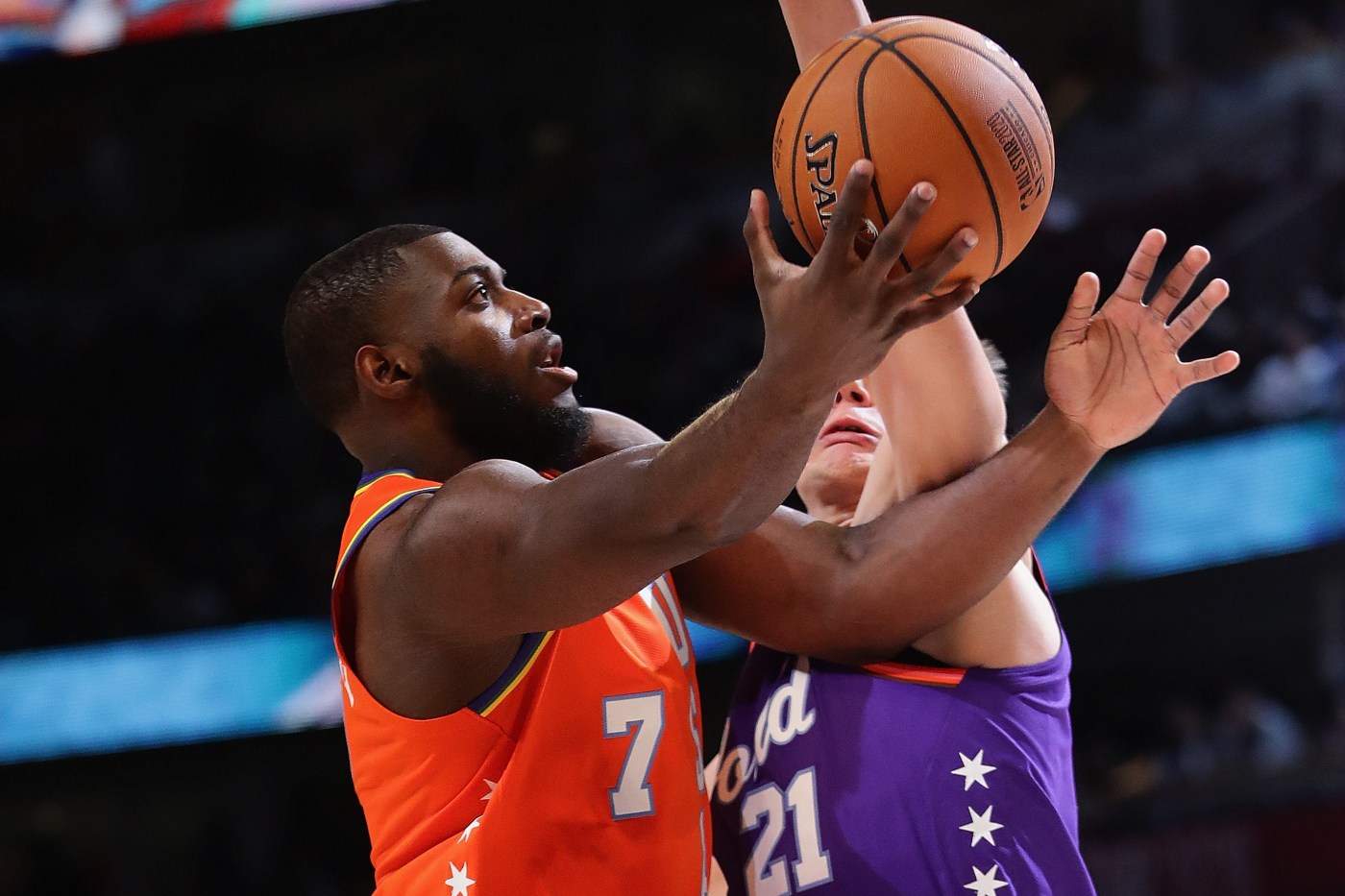 CHICAGO — Miles Bridges and the Warriors’ Eric Paschall helped get All-Star weekend off to a high-flying start. And So did Zion Williamson — even when his dunk attempts didn’t go in.

Paschall scored a team-high 23 points on 10-for-13 shooting, Bridges scored 20 points and took MVP honors, and Team USA beat the World 151-131 in the Rising Stars Challenge on Friday night.

Cleveland’s Collin Sexton had 21 points, Atlanta All-Star Trae Young added 18, and Chicago product Kendrick Nunn of Miami chipped in with 16. Williamson scored 14 and had the baskets inside the United Center shaking whether he made or missed.

The No. 1 pick continued to dazzle after his highly anticipated debut for New Orleans got pushed back three months because of right knee surgery. Averaging 22.1 points in 10 games for the Pelicans, the prized rookie delighted the crowd with several thunderous dunks as well as two impressive misses in the closing minutes.

Williamson attempted a 360, only to have it go flying off the rim. Given a do-over as players on both teams stood and watched, he went between his legs and off the glass only to miss again.

Paschall, the second-round pick of the Warriors out of Villanova, was part of the bench mob that propelled Team USA into the lead in the third. The World lead was 12 midway through the third quarter when the U.S. bench went on a 27-5 run to turn the game around, with 21 of the 27 points being scored by Charlotte Hornets. Bridges capped the run by tossing the ball off the glass and throwing it down with his right hand, and Team USA outscored Team World 80-50 in the second half.

The annual showcase of the top rookies and second-year players helped kick off the first All-Star weekend in the Windy City since 1988, when Michael Jordan dazzled the home crowd at the old Chicago Stadium. Back then, His Airness edged Dominique Wilkins in a slam dunk contest that arguably remains the standard and scored 40 points to lead the East over the West in the game.

Players wore patches featuring the numbers 2 and 24 surrounded by nine stars in honor of the Lakers great and his daughter, Gianna, who were among nine people killed in a helicopter crash on Jan. 26. Pau Gasol along with WNBA great Sue Bird addressed the crowd at midcourt as part of a pregame tribute to Gasol’s former teammate and late NBA commissioner David Stern.

As for the game, itself? As expected, there were plenty of flashy dunks and not much in the way of defense.

Dallas All-Star Luka Doncic drew a big roar from the crowd when he banked a 3 from halfcourt just before the halftime buzzer to send the World to the locker room with an 81-71 lead. Charlotte’s Bridges had the fans cheering late in the third quarter when he flipped …read more

High school basketball: Sportsmanship that must be seen to believe

Whicker: Brendon Todd finds his way back inside the ropes, where treasures await