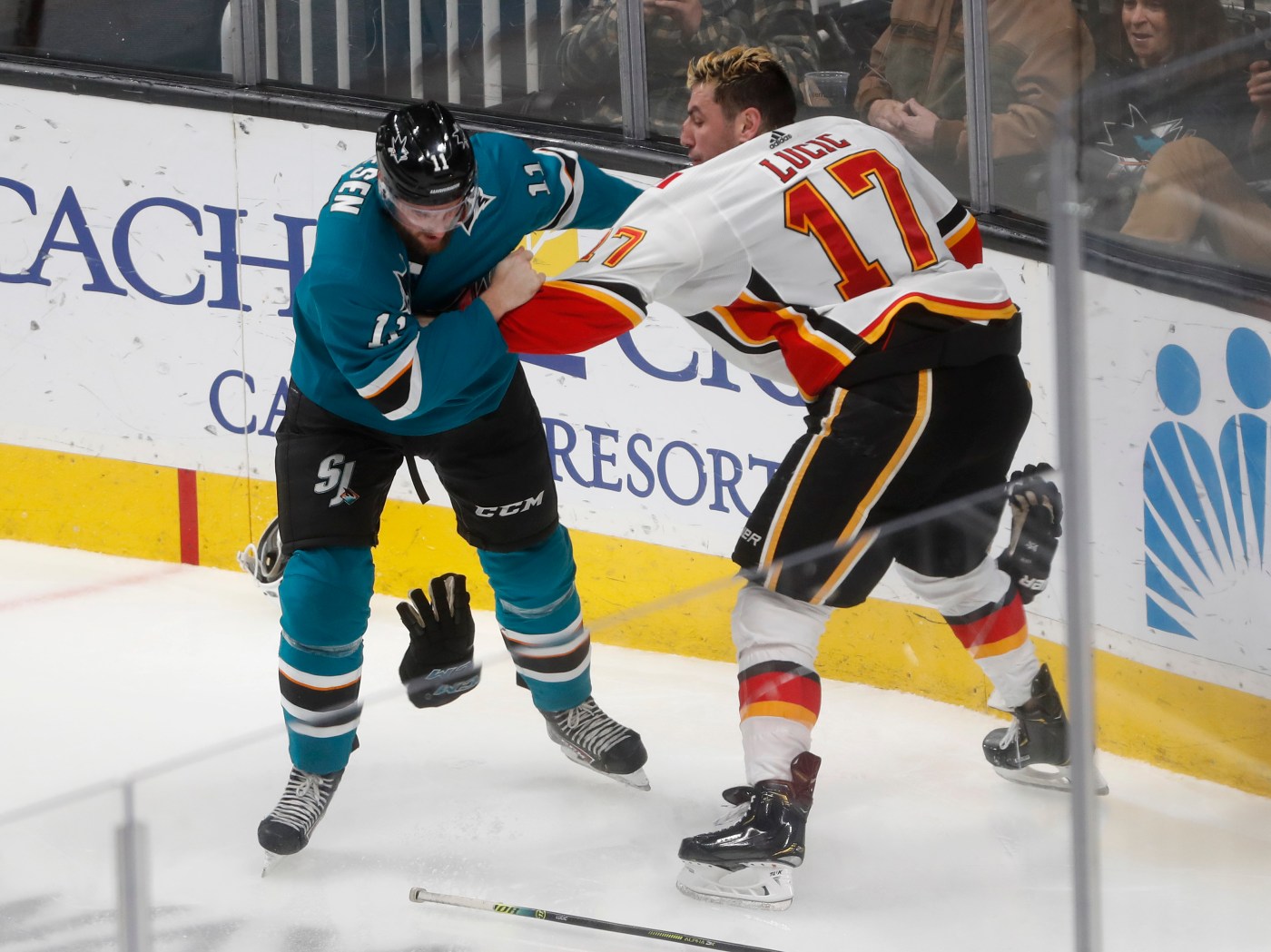 SAN JOSE — There isn’t much suspense left in the Sharks’ season, not with the team entering Tuesday in 14th place in the Western Conference and 11 points out of a playoff spot.

Perhaps the only mystery is how active general manager Doug Wilson will be between now and the Feb. 24 NHL trade deadline.

So it comes down to how the Sharks perform in individual games, how detailed and how structured they’ll play as they try to build some positive habits and the type of identity they’ll need for the start of next season.

By in large, they’ve made some strides in those areas recently, even without Logan Couture and Tomas Hertl.

So it was especially baffling to witness the first 10 minutes of Monday’s game with the Calgary Flames.

Coming off a performance last Thursday in which they outworked the Edmonton Oilers for three periods, the Sharks looked largely detached in the early going as the Flames raced out to a three-goal lead just 9:23 after puck drop.

The Sharks finally found some energy after Erik Karlsson scored to cut the Flames’ lead to two goals. Brent Burns cut the deficit to one with a power play goal at the 4:51 mark of the second, but Mark Jankowski’s goal roughly six minutes later halted any momentum and paved the way for a 6-2 Flames win at SAP Center.

“The message after first period was that we didn’t compete,” Sharks interim coach Bob Boughner said. “We’ve said all along that we have to be a detailed, structured team to give ourselves a chance. I don’t think we were detailed or structured, especially in the first 10 minutes.

“With that comes compete and battle. Once we started to do that in the second period, I felt good about our chances. Down 3-2, I thought we were coming. The fourth goal is a little bit of a back-breaker. It felt every time tonight we got some momentum, we took a penalty.”

Other takeaways from Monday night:

(Soft) penalties doom Sharks: The Sharks were shorthanded six times Monday night and gave up power play goals to Milan Lucic in the first period and to Matthew Tkachuk and Mikael Backlund in the third period.

Let’s just say the Sharks didn’t like some of the calls that were made.

Brenden Dillon was called for slashing in the first period when he brought his stick down on Dillon Dube’s stick, causing it to fall to the ice (although it didn’t break). That led to Lucic’s goal at the 4:05 mark.

The Sharks didn’t like it, of course, and their frustration boiled over as Stefan Noesen was given a 10-minute misconduct for chirping the officials …read more

Ex-Warrior D’Angelo Russell, in the face of criticism aimed at his new team, calls reporter ‘a clown.’