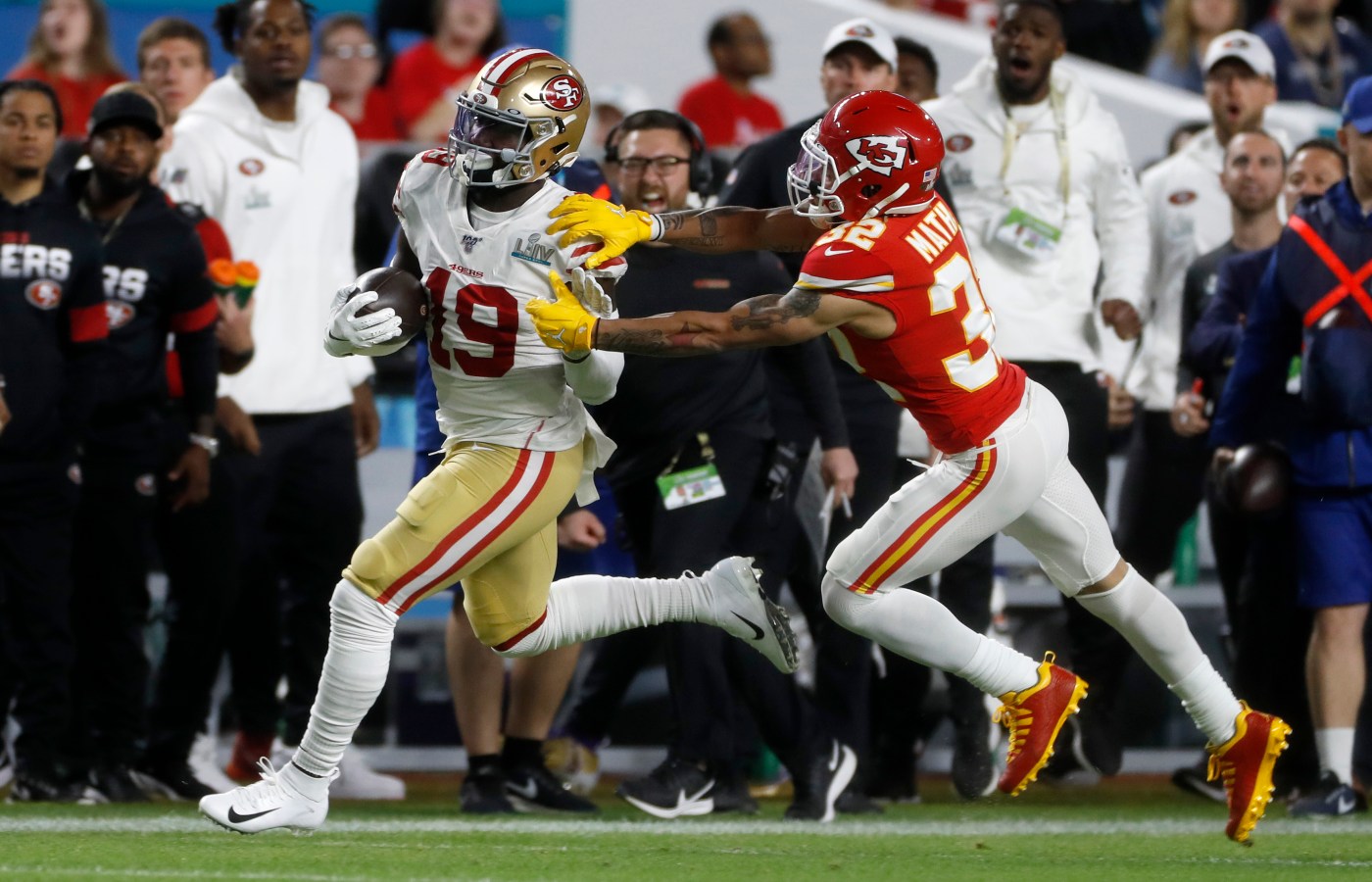 MIAMI GARDENS, Fla. — When we speak of the 49ers’ turnaround from the second-worst team in football to playing for a Super Bowl, there are a number of obvious reasons why.

They got their blue-chip quarterback back from a devastating knee injury. Robert Saleh, whose name was mentioned as being on the hot seat after last season, got the right personnel to elevate his defense to one of the best in the NFL.

But the impact Deebo Samuel has made on the 49ers’ once-dilapidated receiving corps, while not unnoticed, has maybe been overlooked. Not Sunday night in Miami.

The 49ers relied on their versatile playmaker more than ever in their Super Bowl LIV matchup against the Kansas City Chiefs. So much so that he had set a Super Bowl record — for rushing yards — by early in the second half.

Samuel was ripping and spinning and running all over the field. On one play, quarterback Jimmy Garoppolo would put him in motion for an end-around handoff. The next, he was on the receiving end of a pass to set up a catch-and-run.

He ripped off a 32-yard gain on the ground on San Francisco’s third play from scrimmage, with right tackle Mike McGlinchey leading the way 20 yards downfield. He looked to be gone — hitting a top speed of 20.9 mph — only to be just barely caught by Tyron Matthieu, who pushed him out of bounds at the Kansas City 40-yard line.

On the 49ers’ momentum-shifting drive late in the first half Samuel took a handoff that was destined for the end zone — if he only would have juked the other direction. Those yards would have only added on to his Super Bowl-record 53 on the ground.

Samuel surpassed Percy Harvin for the Super Bowl record for most rushing yards by a wide receiver. Harvin previously set the mark six years ago with 48 yards for the Seahawks in their route of the Broncos in Super Bowl XLVIII.