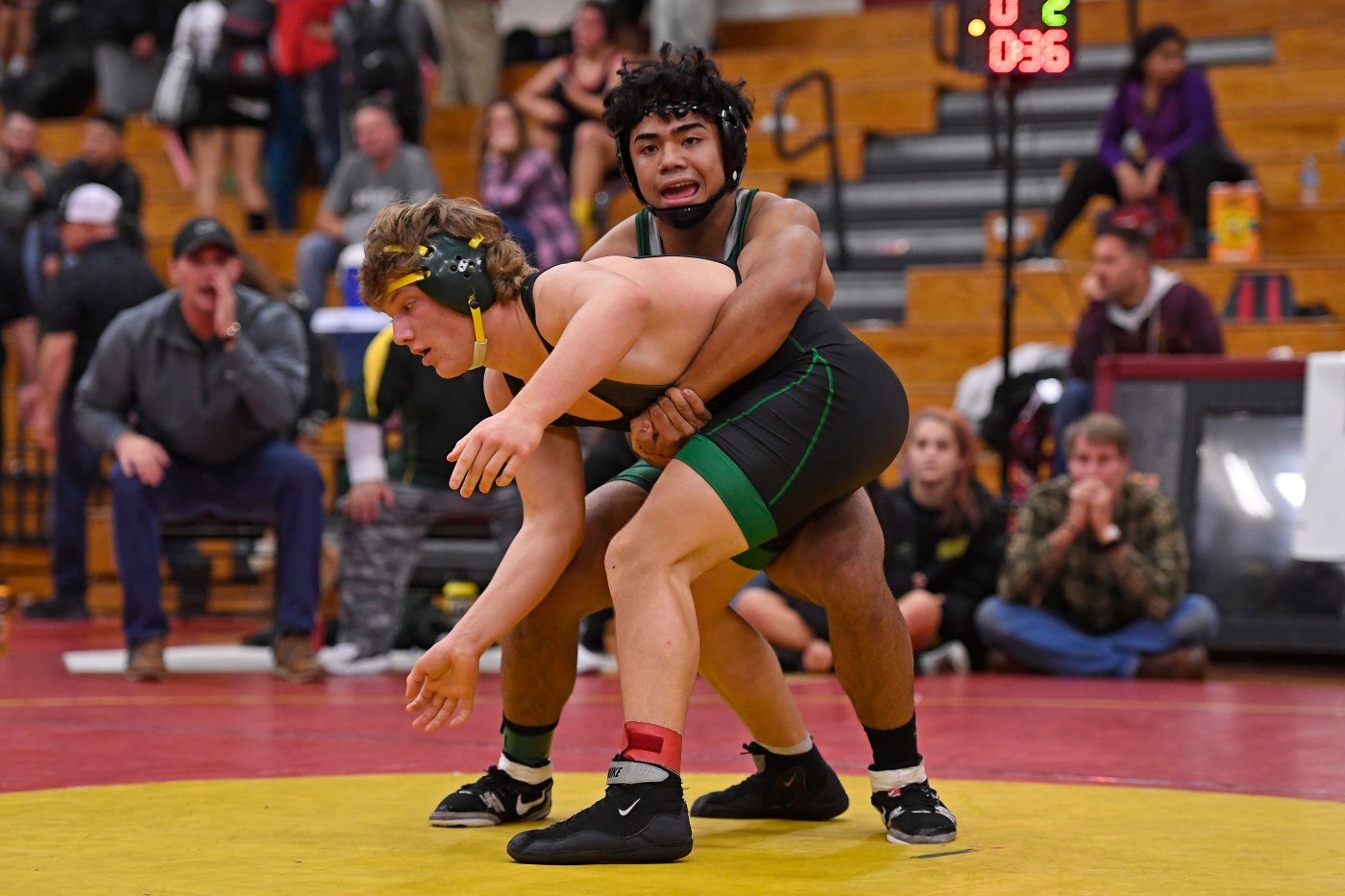 Now the postseason awaits for the Spartans and the rest of the Bay Area high school teams. De La Salle will compete in the East Bay Athletic League finals on Saturday, followed by the NCS Championships on Feb. 21-22 at James Logan.

“It will be interesting this week in the EBAL championships,” De La Salle coach Mark Halvorson said. “Winning the duals is one of our team goals every year. Hopefully the kids got some confidence.”

De La Salle won its sixth straight NCS Division I dual title with its closest match in the tournament in three years. But the point spread was still 30 points as the Spartans, the No. 1 seed, defeated No. 2 Granada 45-15 in the championship match.

The match was close early. In the first match, the 147’s, Granada’s Naeem Salemi won by one point. De La Salle’s Mario Franco (154) and Darin Guerrero (162) won the next two matches before Granada’s Edward Vilchis won by seven points in the 172-pound division.

The two teams will also meet this weekend at the EBAL championships, and it could be a battle. Granada High School co-wrestling coach Sean Jackson wrote in a text to the Bay Area News Group that his team “bumped a fair amount of wrestlers up for the dual.” Carter Bailey, who won the 128-pound match by pin against De La Salle on Saturday, will compete in the 122-pound division this weekend. Vilchis will be in the 162 division, and two other Granada wrestlers will compete in a lower division than they did against De La Salle. Kai Nelson will be in the 172-pound division and Ian Richardson will be in the 184’s.

De La Salle defeated No. 8 Mission San Jose 78-4 and No. 5 Freedom 74-3 before facing Granada in the NCS Division I Duals final. Granada opened the tournament with a 66-18 victory over No. 7 Liberty, then beat No. 3 James Logan 60-12 before facing De La Salle.

The two teams had battled 10 days earlier, with Northgate winning on a tiebreaker after rallying to tie the score at 36. Saturday’s match was decided by eight straight Northgate victories in many of the same divisions as De La Salle’s run in the Division I title match.