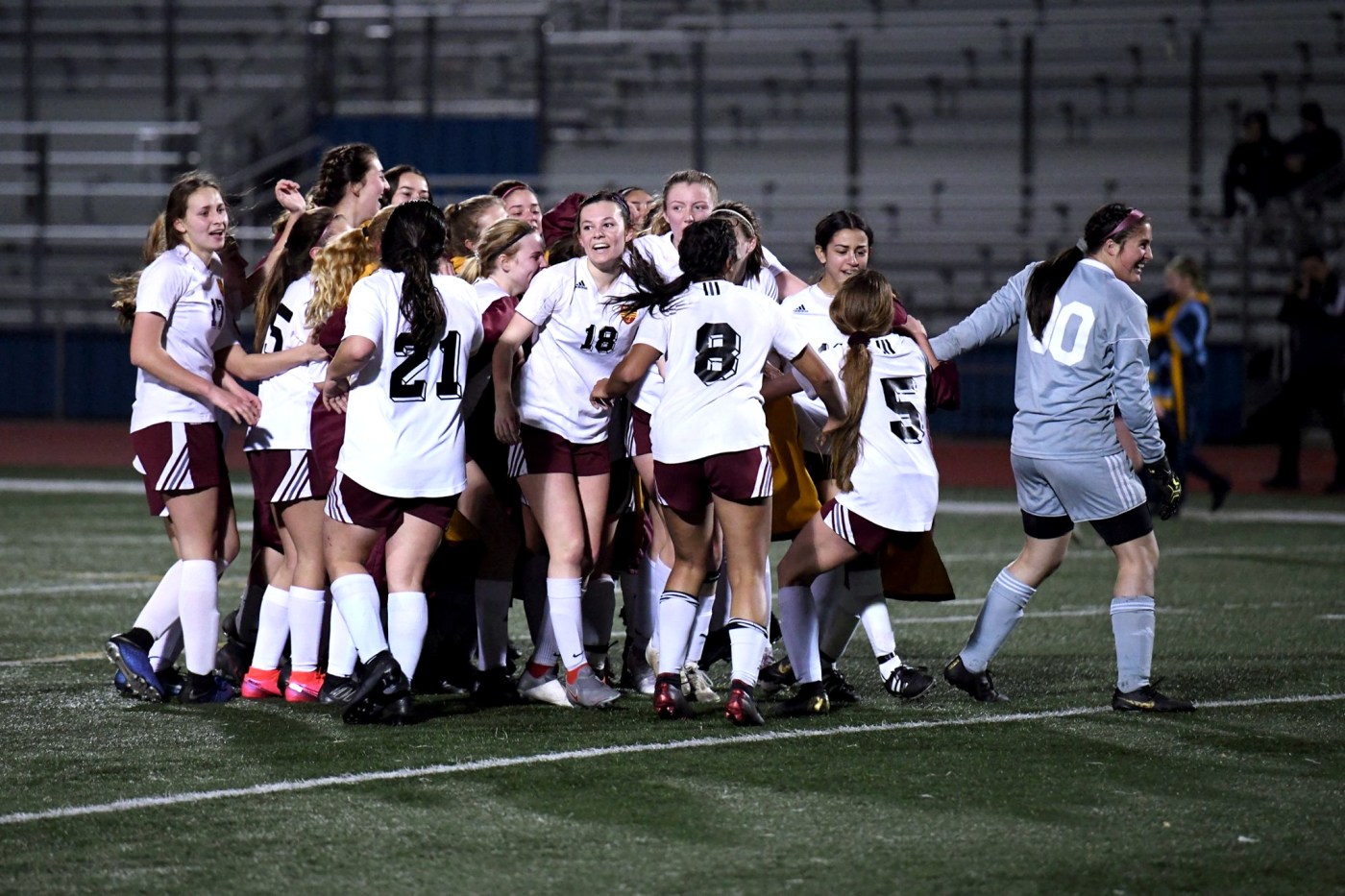 Few things in soccer can match the thrill of beating your rival on a goal late in the game, especially when a championship is effectively on the line.

Carondelet upended previously unbeaten Monte Vista 4-3 on a dramatic header goal by Lexie Zandonella-Arasa with 45 seconds left off a free kick by Maddie Winters. Carondelet moves up a spot to No. 1 in the East Bay Soccer HQ Top 10, and Monte Vista drops to No. 2. The Cougars also beat San Ramon Valley, 1-0, on Tuesday to clinch the East Bay Athletic League title.

“I’m just really proud of my team. I really proud that they never gave up,” said Carondelet co-coach Amy Apodaca of the win over the Mustangs. “They kept playing. They kept fighting. Just the way they handled themselves, I was really impressed.”

Liberty, not to be outdone, won the Battle of Brentwood 1-0 over Heritage, courtesy of a brilliant goal by senior captain Kaitlin Carlton in the final minutes. She hit a dipping blast from distance over the keeper after a gallant 25-yard run on the ball. Lions goalkeeper Kaelyn Adams, also a senior captain, literally saved the day with a tremendous fingertip save earlier in the match.

“It was a fantastic game played by two quality teams,” Martins said modestly on Wednesday morning.

Liberty followed with a 5-0 win over Antioch on Tuesday to clinch a seventh consecutive Bay Valley Athletic League title for head coach Tony Martins (The Lions and Patriots shared first place in 2017-18). Alexis Gutierrez and Rylie Stiglich both scored twice against Antioch, and Carlton added a goal.

Martins points out that the Lions have lost just 14 league games total over the past 14 years.

“I’m very proud of our program’s consistency,” he says.

In the spellbinding Carondelet-Monte Vista game, both teams dazzled on the attack as goals came fast and furious. Scoring for Monte Vista were a trio of sophomores: Charlyse Berry, Morgan Brillheart and Avarie Phillips. Zandonella-Arasa scored twice for the Cougars who avenged a 2-1 loss to the Mustangs on Jan. 7.

“The two teams have definitely made a standard for themselves, which is really impressive, honestly,” Apodaca said.

Apodaca is thrilled to have two freshmen starters for the first time in her seven seasons at Carondelet, in midfielder Lizzie Vranesh and goalkeeper Maddie Buckley. “Without those two, honestly this season would have been a whole lot different,” Apodaca says.

The Cougars, who have won 10 in a row, have established veteran stars in senior forward Ellie Ospeck, bound for Notre Dame, and dangerous junior forward Jordyn Young, a Cal commit. Moreover, Apodaca loves her players’ adaptability in being able to handle different positions than from club play, which speaks to their character and drive.

The Cougars had to adapt this season to losing brilliant goalkeeper Angelina Anderson, who shined at Cal in the Pac-12 this past season. But the reigning North Coast Section Division I …read more