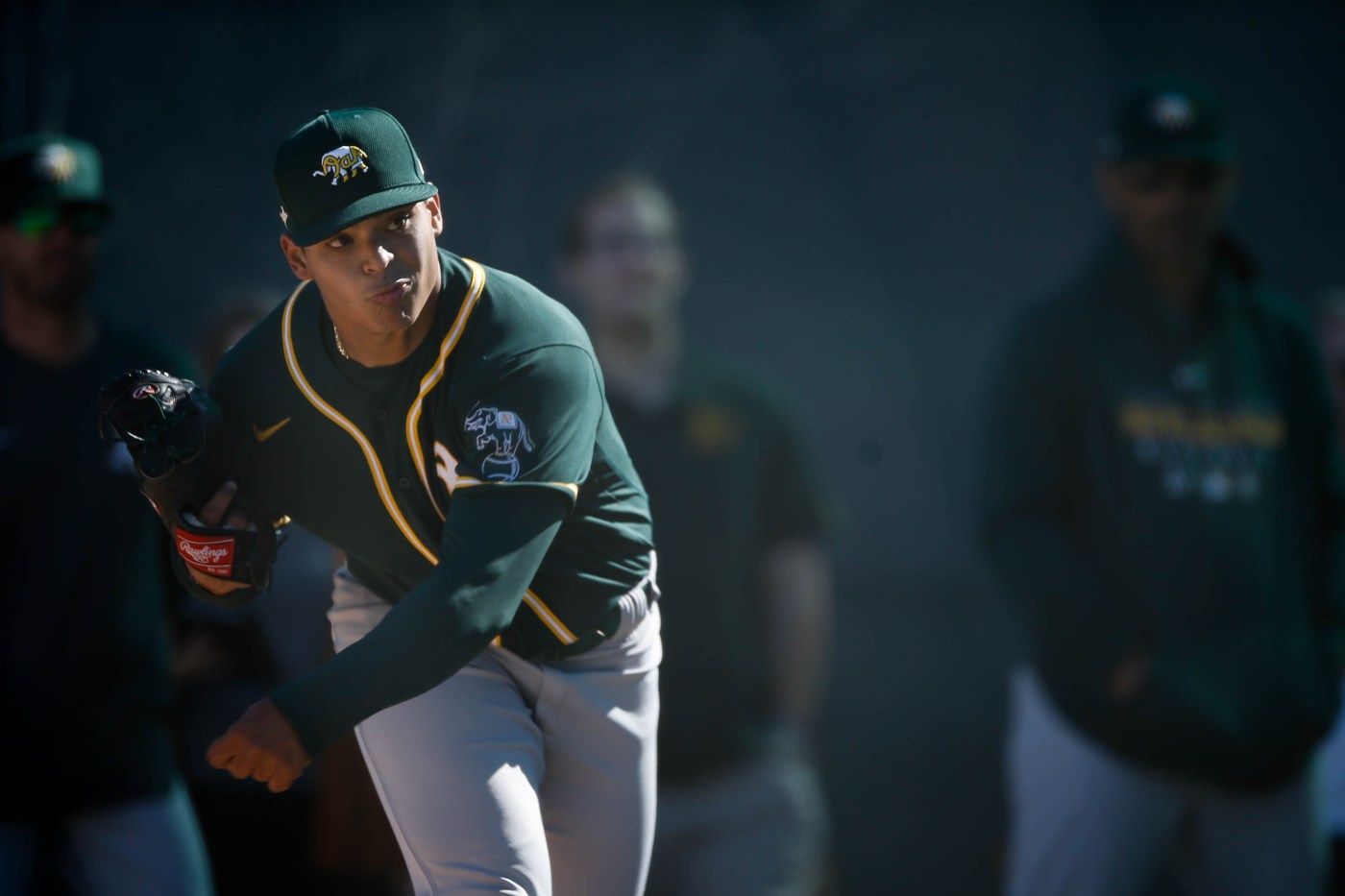 MESA, Ariz. — Pitchers and catchers — and some position players anxious to kick some baseball dirt — arrived at Fitch Park for another round. Here are some notes:

The draw this Thursday afternoon: a good chunk of the future, and some key bullpen arms, would be lining up on the bullpen lines together.

“Luzardo couldn’t wait to get on the mound,” manager Bob Melvin said after. Bear with is as we discuss Luzardo ad nauseam this spring and beyond, but the elite arm’s progress and quick maturity must be noted. Remember that he had a 1.50 ERA and 16 strikeouts in 12 innings last September, out of the bullpen and out of his typical routine.

Melvin, after the workouts, made a point of noting Manaea’s slider — an important element in garnering swings and misses for him. He’s clearly spun the negativity he felt after the Wild Card loss and managed to take an objective moment to build off the low points.

“Very rarely do you see guys pitch at 91 and look like power pitchers, because there’s such deception in his delivery and there’s such a gap between his fastball and changeup,” Melvin said. “He gets a ton of swings and misses. Doesn’t necessarily have to be at 95 mph.”

The real draw and the new rule

“Noah Syndergaard over here on the left, he looks like he’s throwing about 100 and has a lot of plane to it too,” Melvin said, referring to Weems and his long blonde hair.

Melvin said he liked what he saw from Gardeck, “good arm, good movement and velocity.”

Melvin and his team of coaches will have a somewhat different approach to identifying productive relievers this year with news that MLB passed the three-batter rule, a stipulation that “require the starting or any relief pitcher to pitch to a minimum of three batters, including the batter then at bat (or any substitute batter), until such batters are put out or reach base, or until the offensive team is put out,” per MLB.

“I knew it was coming, I just didn’t know it was coming in spring training,” Melvin said. “You worry that a guy who doesn’t have command, throwing ‘X’ amount of pitches. I’m a little bit more concerned about that than I am during the season.”