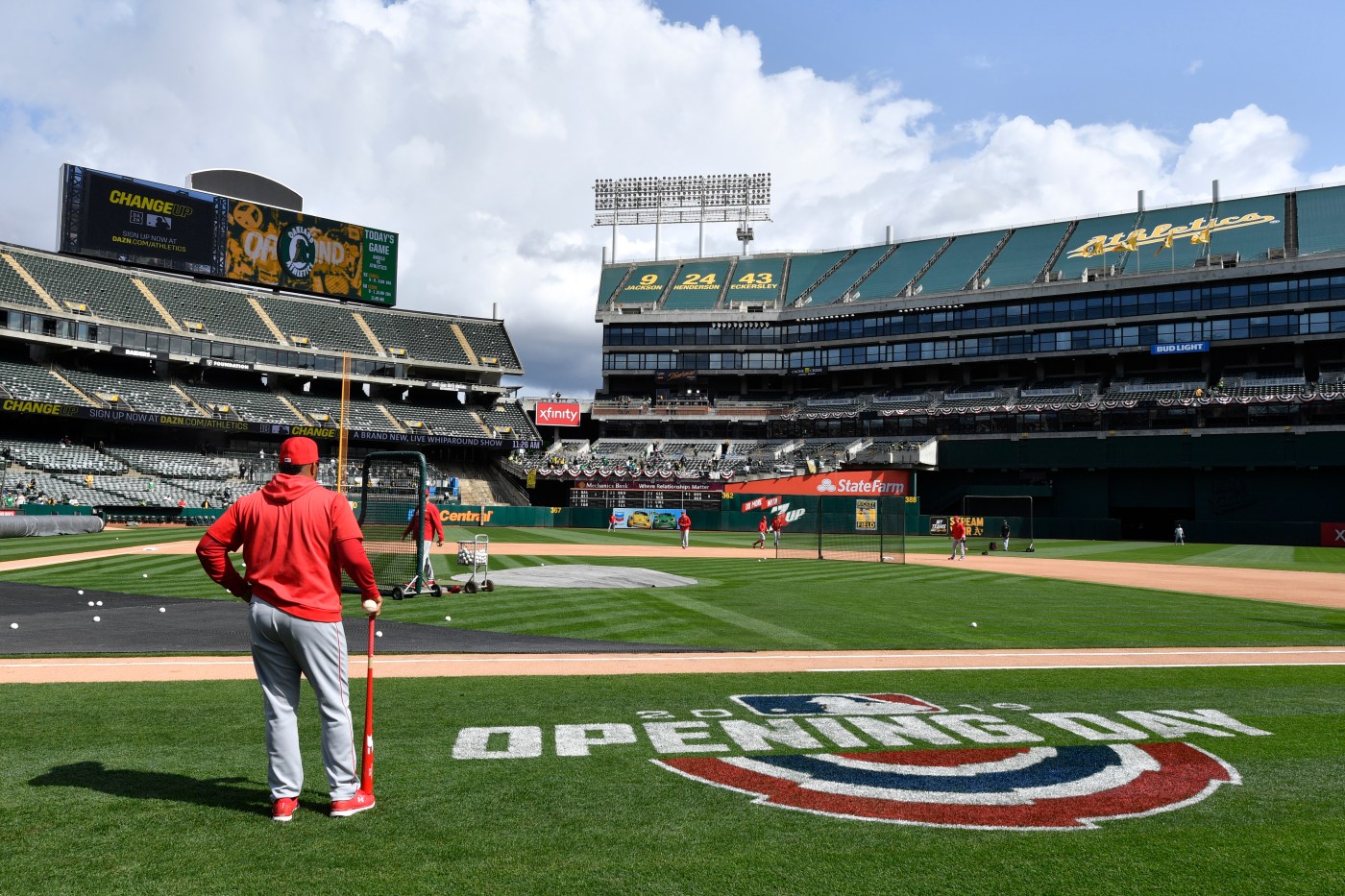 Opening days haven’t been kind to the Oakland A’s.

A team that’s mastered and revolutionized the art of advanced analytic roster building on a budget has yet to nail the craft of a first impression. The Athletics, in Oakland, hold a 23-29 all-time record beneath the vast crowds and star- spangled bunting.

But, if the A’s might teach us anything, it’s that opening days don’t matter much. The roster that the field that March or April day will soon morph into another beast, multiple times over. It’s merely one game down, 161 to go.

These are all undeniable truths, at least, when the globe isn’t crippled by a viral pandemic. The 2020 opening games won’t be held at the Coliseum this week. When regular season baseball will start is still uncertain.

So, for all the opening days we might’ve taken for granted — wins and losses — here are some former A’s players, coaches and broadcasters’ favorite opening day memories.

Some opening days come laced with historic significance, magnified in broad scope as symbols of a team’s greatness or an omens of un-watchability to come.

Some opening days, though, stick to our conscience through an individual.

By any historical account, the Oakland A’s 2009 home opener against the Angels of Anaheim was just another game that slipped into a heaping loss pile. A 3-0 shutout in front of 43,220 fans at home, at the hands of a division rival, precluded a meager 75-win year.

But, that April day in 2009 meant everything for Dallas Braden, a kid born and raised in Stockton, Calif.

“I’m the opening day starter for a team in basically my neighborhood,” Braden said in a phone conversation. “Not many people get to open up the big league season, let alone with their hometown team across their chest.”

What’s more, the honor was entirely unexpected. Justin Duchscherer seemed an obvious choice to get the nod after posting a 2.54 ERA and 10 wins for the 2008 season in Oakland. But a bout of injuries in his throwing shoulder deprived Duchscherer of a chance to run it back; that opened the door for Braden, who was coming off a 4.14 ERA 2008 season. He’d entered that spring ready to keep things going.

After one spring start in Arizona, Braden was eating his post-game meal when then-manager Bob Geren sat down next to him for a chat. Post-start chats were routine. “You’re talking about things that you’re working on, you’re getting some insight. You’re getting some feedback,” Braden said.

Then, Geren’s talk went off script. Braden would get the ball on opening day at Angel Stadium.

Whicker: Michael Brockers seems destined to be a Ram for life