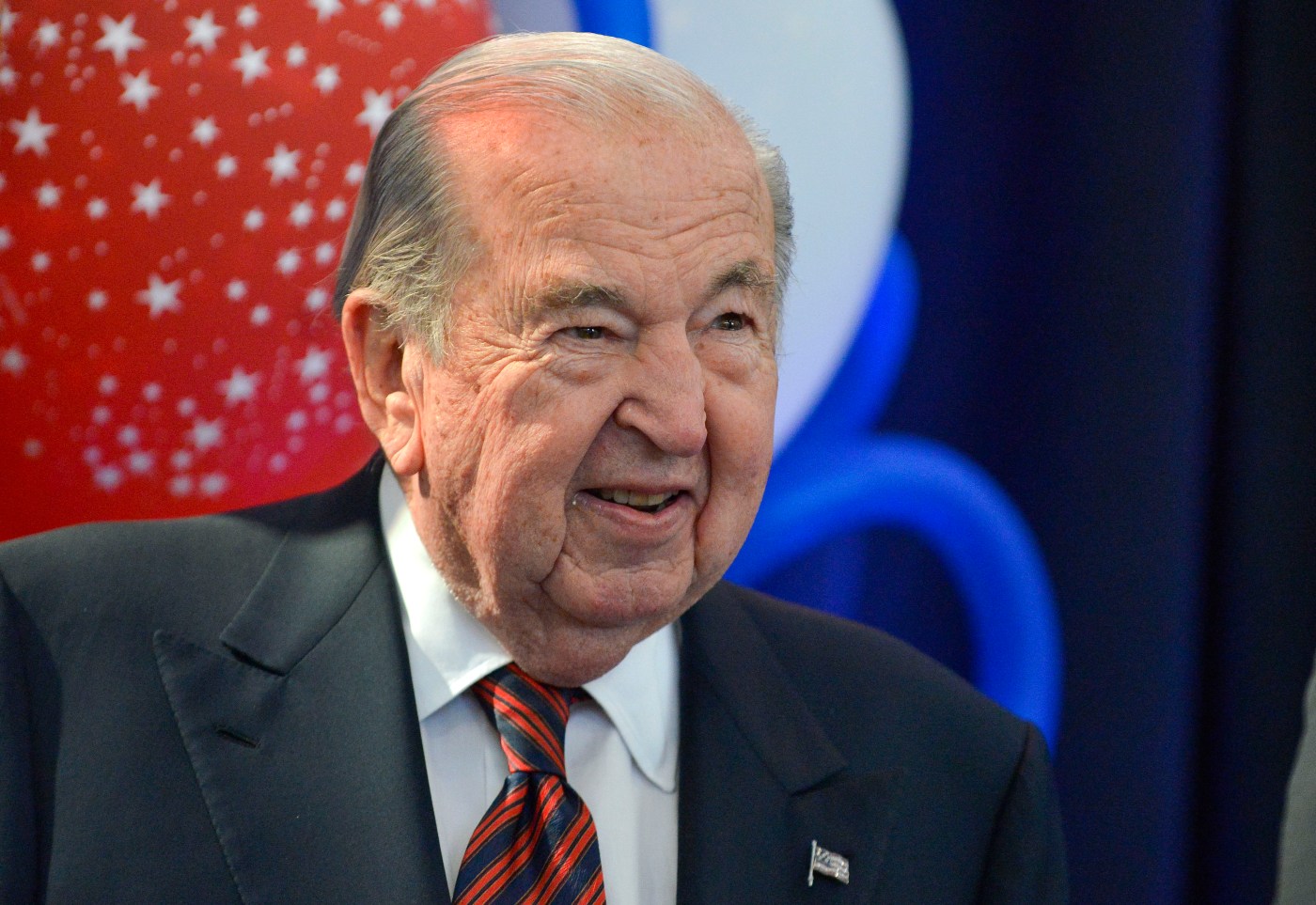 William Lyon made his fortune following the freeways. Wherever the roads ran, that’s where the Air Force general-turned-homebuilder would mobilize construction crews, eventually building much of Orange County with projects across the Southwestern U.S.

Lyon, one of Orange County’s wealthiest and most influential residents, died Friday, May 22, at his hilltop estate in Coto de Caza, his son, Bill H. Lyon, said. He was 97.

The General, as he was known because of his stint as an Air Force Reserves commander, continued to show up at the offices of the company that bore his name until about two years ago.

His son said he died peacefully of natural causes at his home and that COVID-19 was not a factor in his death.

His eponymous homebuilding firm, which he founded with his father and brother in the 1950s, stopped operating under the William Lyon name in February when it merged with Taylor Morrison. The Arizona-based homebuilder does, however, plan to retain the William Lyon Signature brand for a line of luxury homes.

In addition to building more than 100,000 homes in California, Arizona and Nevada, the beefy, 6-foot-tall business man donated millions to charities, was a co-founder of the powerful GOP group, the New Majority, and served as commanding general of the U.S. Air Force Reserves.

He made the Forbes 400 list of richest Americans in the late 1980s. The Orange County Business Journal estimated his net worth at $675 million in 2005 – the year before the real estate market slump caused the value of his company’s assets to plummet.

The man whom friends and associates called “the general” lived with his wife of at least 37 years, Willa Dean, in a half-acre colonial mansion on a 134-acre estate in Coto de Caza. They had five children.

Born March 9, 1923, in Los Angeles, Lyon fell in love with flying at 16 after a $1 flight in Culver City. He attended the University of Southern California and the Dallas Aviation School and Air College prior to entering the U.S. Army Air Corps in 1943, according the Air Force Link.

Lyon served as a pilot in World War II, but didn’t see action until Korea, where he flew 75 combat missions in C-46 and C-47 transport planes.

He returned to Orange County in 1953, and in 1954, he joined his father and brother in founding Luxury Homes in Fullerton, designed to build homes for soldiers returning from the military. Lyon sold Luxury Homes to American Standard, a plumbing fixtures company, in 1968, but retained control of a subsidiary called William Lyon Development. In 1972, he left that firm and started William Lyon Co., headquartered in Newport Beach.

In 1974, Lyon returned to active duty to serve as commanding general of the Air Force Reserves until 1978.

In 1981, Lyon joined George Argyros in paying $61.5 million for AirCal, a troubled airline. Five years later, the two sold the airline for $225 million.

He weathered an up-and-down real estate market, including …read more

Traffic-light synchronization has been affected by coronavirus, too

After years in prison for attempted murder in Pasadena, he graduates from Cal State LA with honors