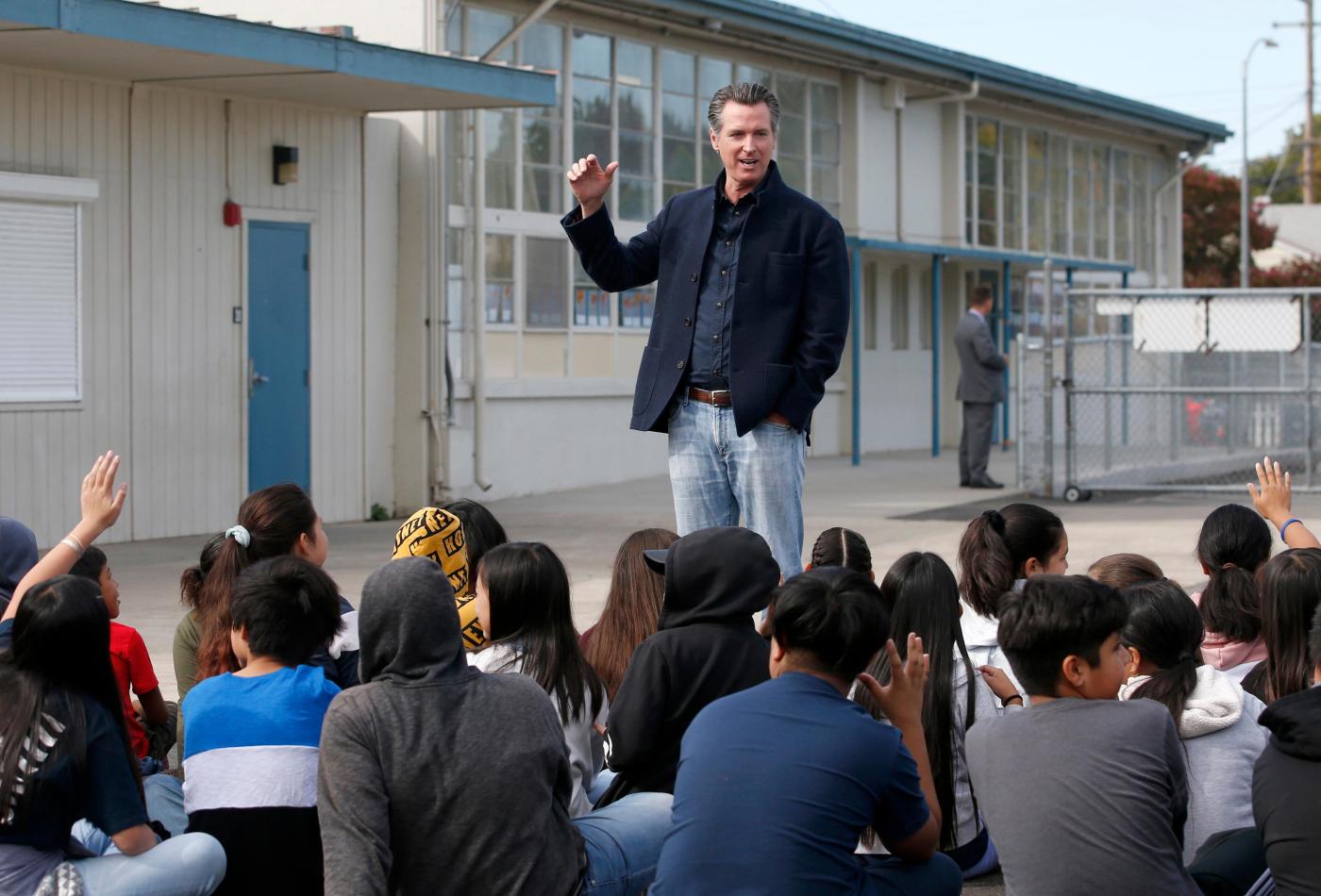 Los Angeles Unified is the state’s largest school district and the vast majority of its 400,000-plus students are poor, non-white and/or not completely fluent in English.

It is, in other words, precisely what former Gov. Jerry Brown had in mind when he and the Legislature overhauled school districts’ finances, giving them more money to close the stubborn “achievement gap” that has long separated disadvantaged students from their more privileged, English-speaking classmates.

However, in enacting the Local Control Funding Formula seven years ago, Brown also insisted that the money flow with very few strings attached, saying he trusted local educators and school boards to spend it effectively. He called it “subsidiarity.”

That hands-off attitude didn’t sit well with education reformers and civil rights advocates who worried that the extra money wouldn’t be concentrated on “high-needs” students and Los Angeles Unified, because of its size and makeup, was a major arena for the conflicts over LCFF.

At one point, critics persuaded the state Department of Education that LAUSD had diverted hundreds of millions of LCFF dollars away from the targeted kids, but the state then allowed it to simply change the coding on the disputed funds to make them legal.

The district has also been undergoing institutional turmoil over the last decade — hyper-political battles over school board elections, pitting the teachers union against charter school advocates, and a revolving door of superintendents.

Brown has departed from the governorship and LCFF has been in place long enough for some scholarly examination of how it’s really working. Last week, a research team headed by Bruce Fuller, a veteran education analyst at UC-Berkeley, released a report on how the program has affected LAUSD’s high-schoolers.

The district did not fare well.

During the first five years of LCFF, declining enrollment and a surge of state funds — more than $1 billion a year — increased the district’s per-pupil spending from $8,657 a year to $11,231, and much of it found its way into LA Unified’s high schools.

“Most heartening, kids’ learning on average improved measurably in high schools,” Bruce Fuller said in a statement as the report was published. “But somewhat greater progress was made by students from better-off homes or schools in middle-class areas. The new funding appeared to bring far less benefit to the most disadvantaged groups.”

One factor in LCFF’s failure to substantially close the achievement gap, the researchers found, is that while its new funds allowed the district to hire more teachers, schools with the highest proportions of at-risk kids tended to get the least experienced teachers.

“Despite Sacramento’s best intentions, this surge in school funding failed to budge such wide inequities in which kids benefit most from L.A. schools,” Fuller said in his statement. “Going forward, the state might ensure that funding gains reach intended students, and that principals become mindful of how fresh resources are distributed within their schools.”

The findings did not please Michael Kirst, the Stanford University professor who persuaded Brown to sponsor LCFF and served as president of the state school board during its implementation.